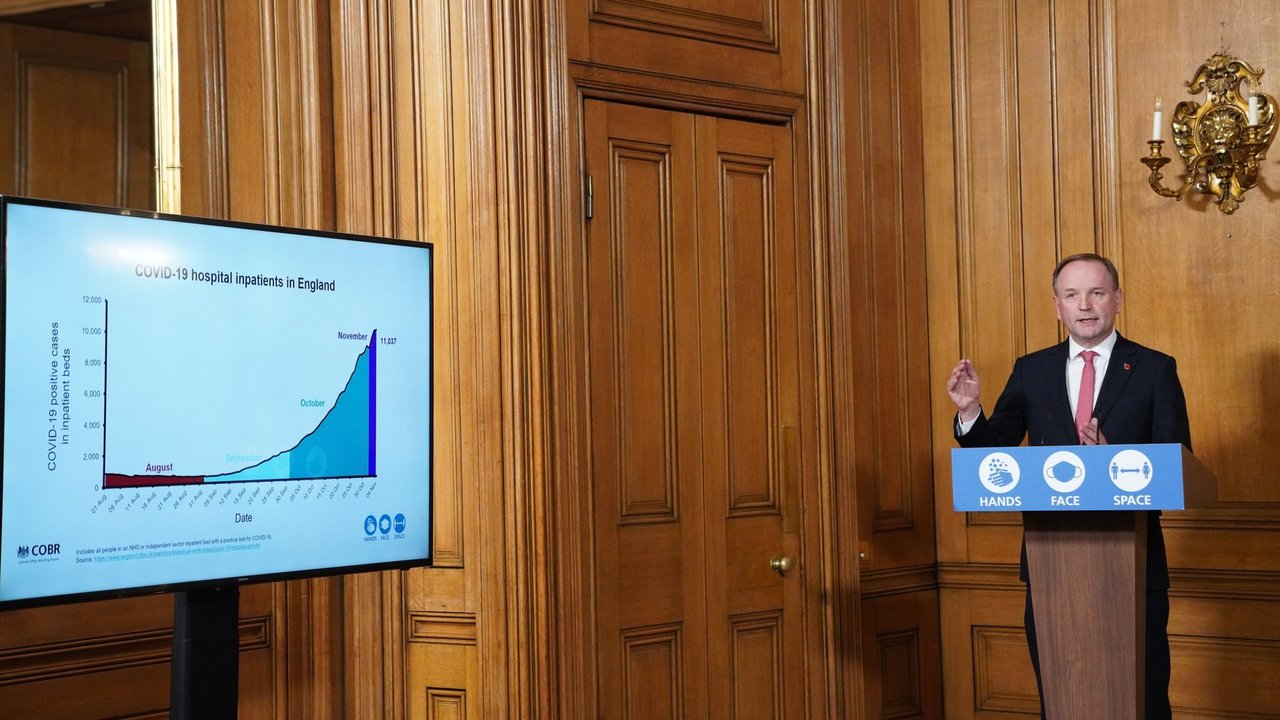 Stevens, however, went one step further: he had a dig at Chris Whitty and Patrick Vallance. He told the press conference:

“I've watched a number of these press briefings and sometimes the charts can be a bit hard to keep up with. So I've just got one chart today that indisputably sets out what we in the health service are seeing.

Stevens's chart - which shows the number of patients in hospital in England with Covid-19 - was then described by the NHS boss as 'facts: not projections, forecasts, speculation'. A not too subtle snipe at the chief scientific adviser and chief medical officer's 'winter scenario' used at Saturday's conference.

The Whitty and Vallance graph used a Public Health England and Cambridge projection, which suggested the UK could see 4,000 deaths a day by the start of December. That model has been widely criticised, including by the UK Statistics Authority.

Earlier today, the body released a warning stating that the Whitty-Vallance graph had the 'potential to confuse the public and undermine confidence in the statistics'.