Scotland footballers, business leaders and community heroes are among those named in the New Year Honours. 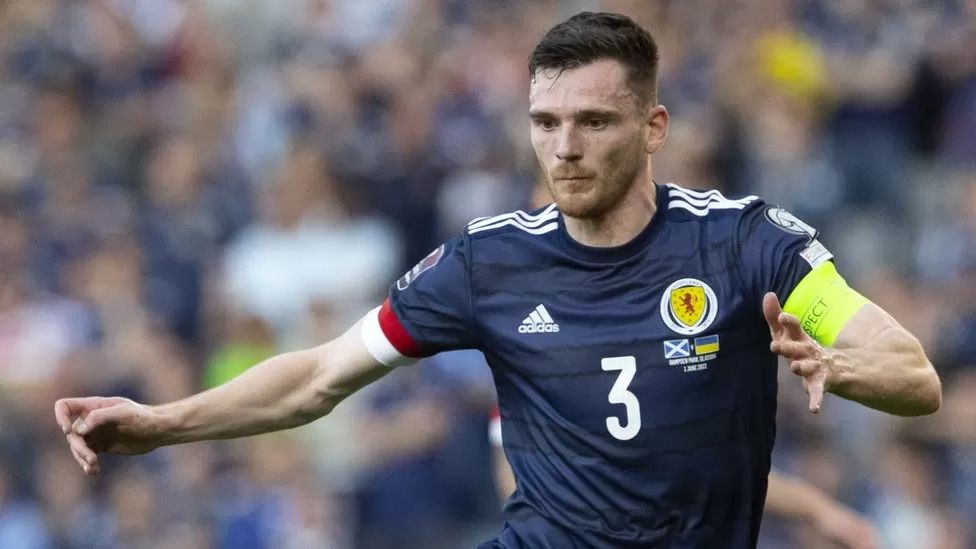 Captain Andy Robertson, fellow international Jen Beattie and ex-national team star Kim Little have all been made an MBE.

Others recognised include the first female chairwoman of Rolls-Royce, a university principal, a master distiller and a Beano illustrator.

The honours list is the first since the death of the Queen in September.

Liverpool defender Robertson has won the Champions League and every domestic honour in the English game - but he has also been named for his services to charity and young people.

Robertson has made 60 appearances for Scotland and is renowned as one of the world's best left backs. 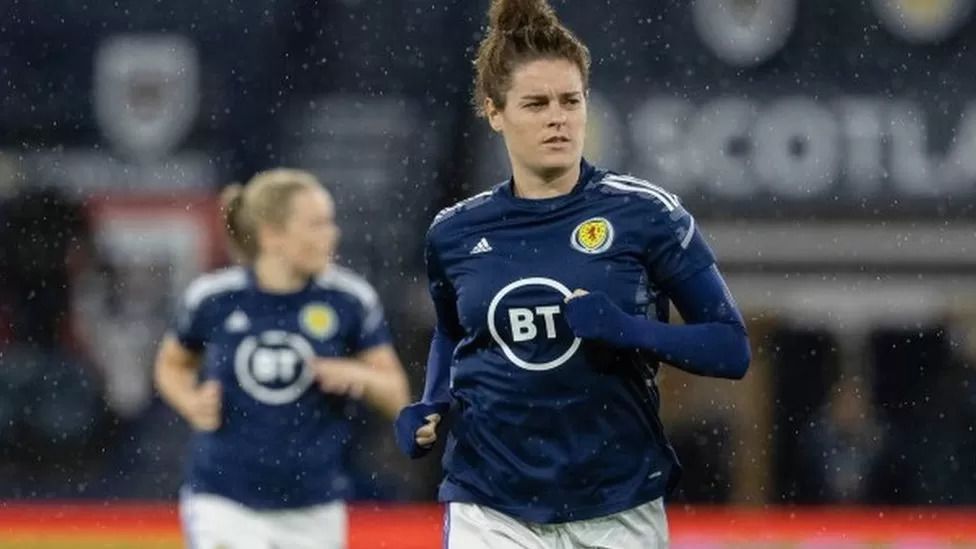 Jen Beattie has made 143 appearances for Scotland since 2008

Arsenal defender Jen Beattie was diagnosed with breast cancer in October 2020 after discovering a lump but continued to play for club and country.

Since then she has raised awareness for cancer screening and last year won the Helen Rollason Award at BBC Sports Personality of the Year.

Beattie's MBE acknowledges her charity work and her football career - which included representing Scotland at the 2019 World Cup in France.

Kim Little captained the national side at the tournament, the first time a senior Scotland team had qualified since 1998.

The attacking midfielder - who retired from international football last year - is recognised for a career at clubs in Scotland, the US and Australia.

Little has also enjoyed two successful spells with Arsenal and currently plays for the club alongside Beattie. 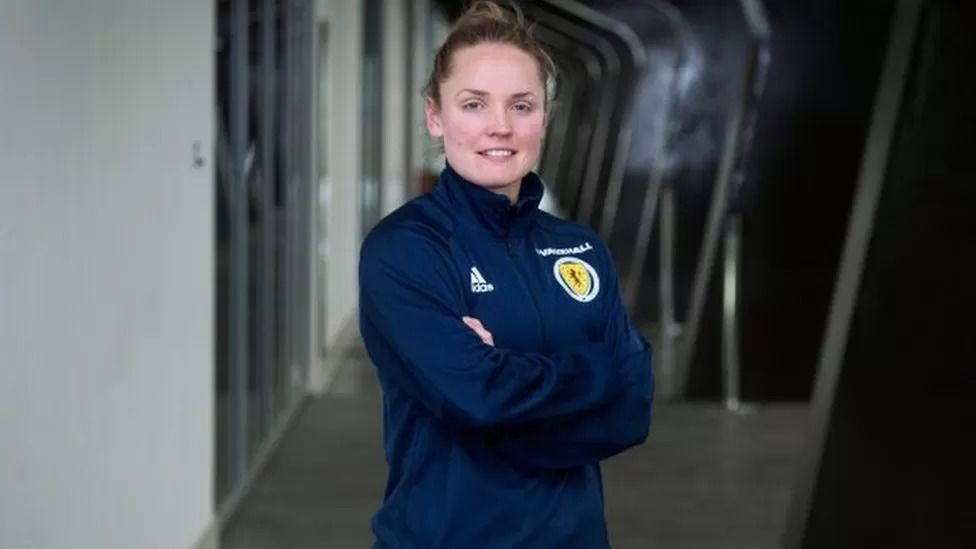 Meanwhile, Anita Frew - one of only 18 women leading boards among the UK's biggest listed companies - is given a damehood for services to business and the economy.

The Rolls-Royce chairwoman said: "I'm sure that if anyone had told me, as a young girl growing up in Scotland with a father and a grandfather who worked at Rolls-Royce, that one day not only would I chair that company but would have the honour to be made a dame, I would not have believed it."

Prof Peter Mathieson, principal and vice-chancellor of the University of Edinburgh, said he was "honoured and flattered" to receive a knighthood for services to higher education. 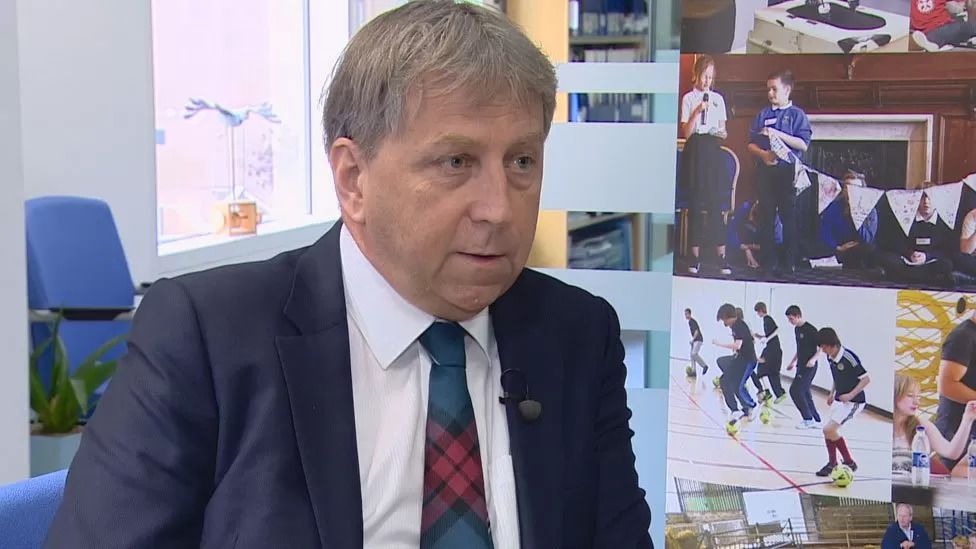 Dr Julie Maxton, the first executive director of the 362-year-old Royal Society, receives a damehood for services to science and to the law.

Prof Heather McGregor, provost and vice-principal of Heriot-Watt University, Dubai, receives a damehood for services to education, business and heritage in Scotland.

William Robertson, who founded the Elgin-based Robertson Group in 1966, is knighted for services to the construction industry and to charity.

Others honoured include James McEwan, from Islay, four times master distiller of the year and inductee to the Whisky Hall of Fame, who is made an MBE. 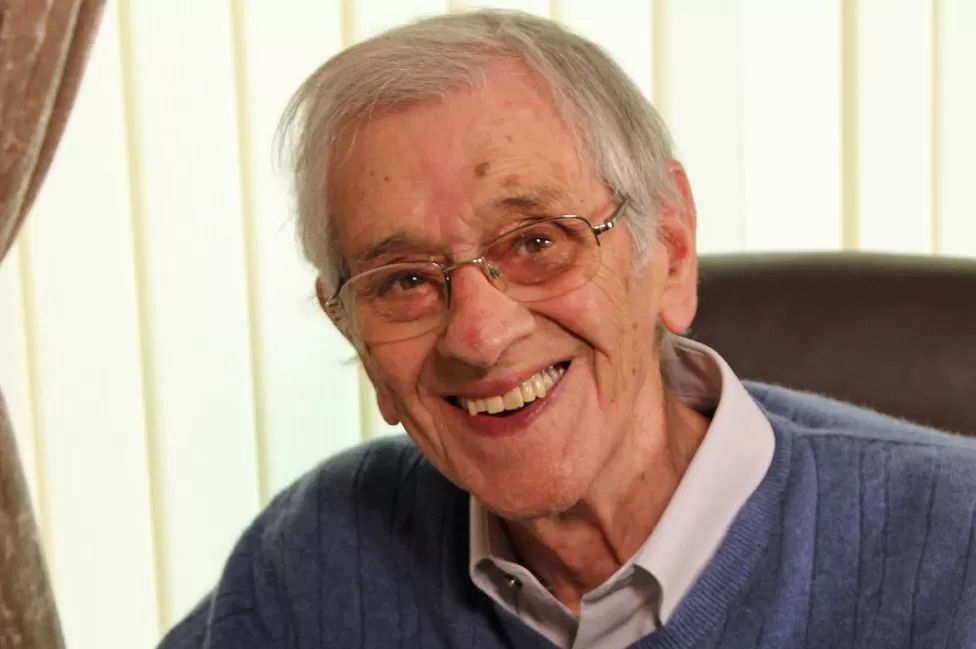 Beano artist David Sutherland becomes an OBE for services to illustration at the celebrated comic, which will celebrate its 85th birthday in 2023.

Mr Sutherland, from Invergordon in the Highlands, has been drawing The Bash Street Kids since 1962 and was responsible for Dennis the Menace from 1970 until 1998.

He said: "When I entered the DC Thomson art competition more than 60 years ago, I couldn't have guessed where it might lead.

"I've been so lucky to be able to do something I love for a living, and work with so many talented writers whose words have helped bring these characters to life." 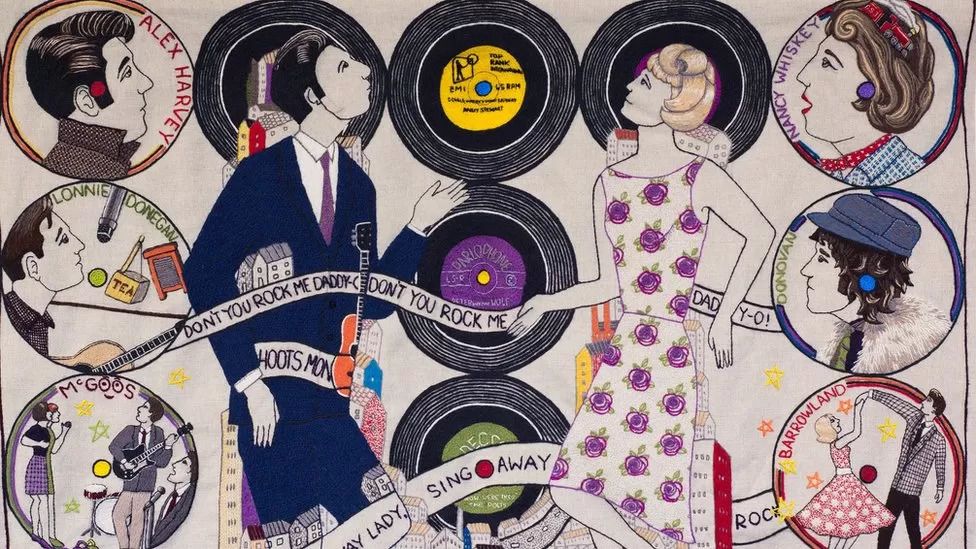 The Great Tapestry of Scotland was hand-stitched by a team of more than 1,000 people

Andrew Crummy, the artist behind the Great Tapestry of Scotland, has been made an MBE for services to art and cultural heritage.

Mr Crummy has worked on a number of large-scale public projects, including designing a 143-metre (469ft) long tapestry which tells the history of Scotland.

Two people who helped save one of Charles Rennie Mackintosh's historic tea rooms in Glasgow have also been made MBEs.

Celia Sinclair Thornqvist, founder and patron of The Willow Tea Rooms Trust, and Prof Pamela Robertson have both been honoured in recognition of their work helping to restore the Scottish architect's original Willow Tea Rooms on Glasgow's Sauchiehall Street.

Meanwhile, Ian Reid of Kilmacolm, Inverclyde, who was chief executive of the organising committee of the Birmingham 2022 Commonwealth Games, is made a CBE for services to sport. 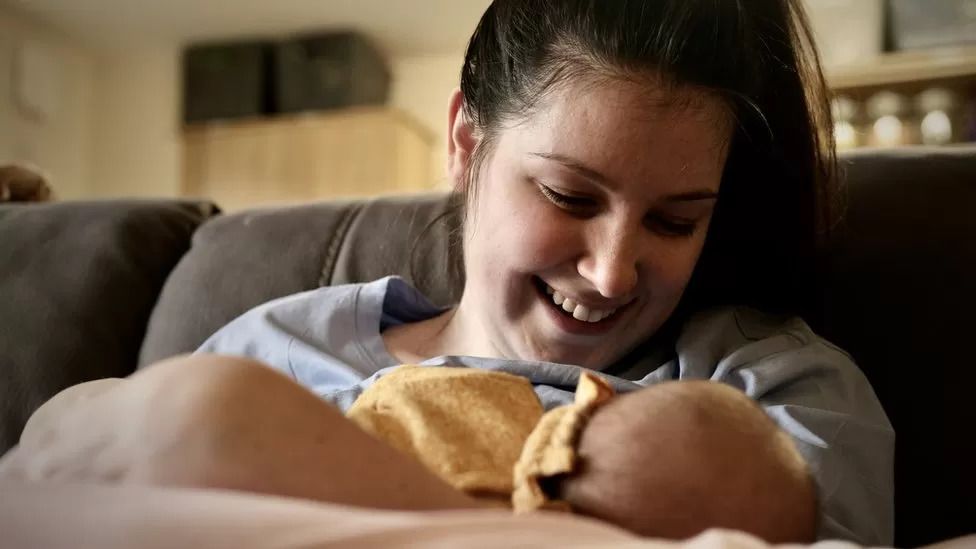 Mother-of-two Lucy Smith with her baby daughter, who was born late last year

Lucy Smith, from Moray, who was diagnosed with motor neurone disease at the age of 19, is honoured with a British Empire Medal (BEM) for her campaigning and fundraising to tackle the condition.

Sinclair Barbour, from Thornhill in Dumfries and Galloway, also received a BEM for inspiring people to participate in and learn the skills of Scottish country dancing over four decades.

Others recognised include Prof David Crossman, a former chief scientist to the Scottish government, who is made a CBE for services to public health in Scotland.

And Stuart Liddell, pipe major of Inveraray and District Pipe Band, is made an MBE for services to piping and music education. 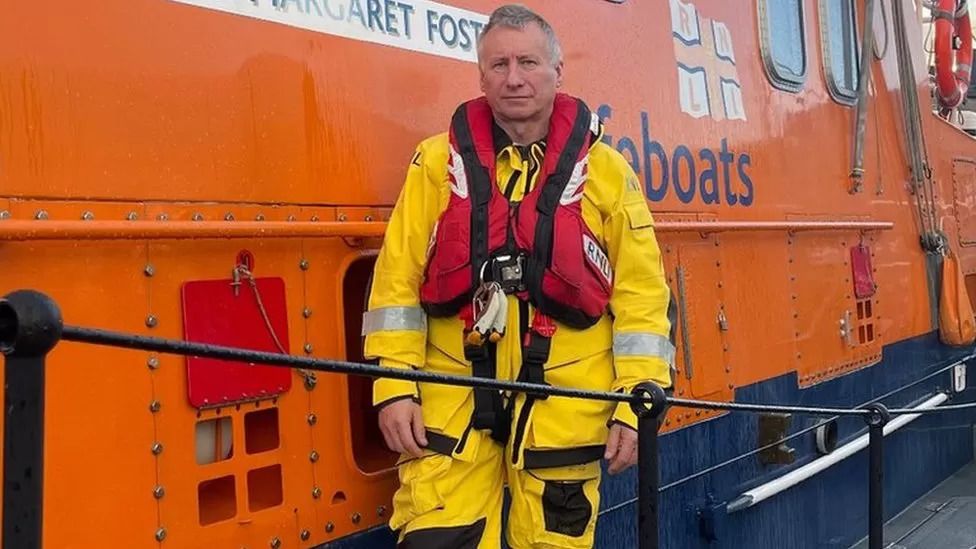 Two lifeboat volunteers who have helped save lives at sea over several decades have also been recognised in the New Year Honours list.

Dupre Strutt, mechanic at RNLI Kirkwall Lifeboat Station in Orkney, has been made an MBE, while William "John" Collins, of Kirkcudbright Lifeboat Station, receives the British Empire Medal (BEM).

Since joining in 1983 Mr Strutt has been directly involved in more than 300 rescues, saving more than 60 lives.

He said: "I feel very honoured to have been given this award, but I also feel that it's a reflection on the RNLI itself and all the volunteers."

A total of 27 Sailors, Royal Marines and Reservists from across the Royal Navy have also been singled out in the King's first New Year's Honours list.

They have been rewarded for contributions ranging from playing key roles in major international deployments to championing diversity. 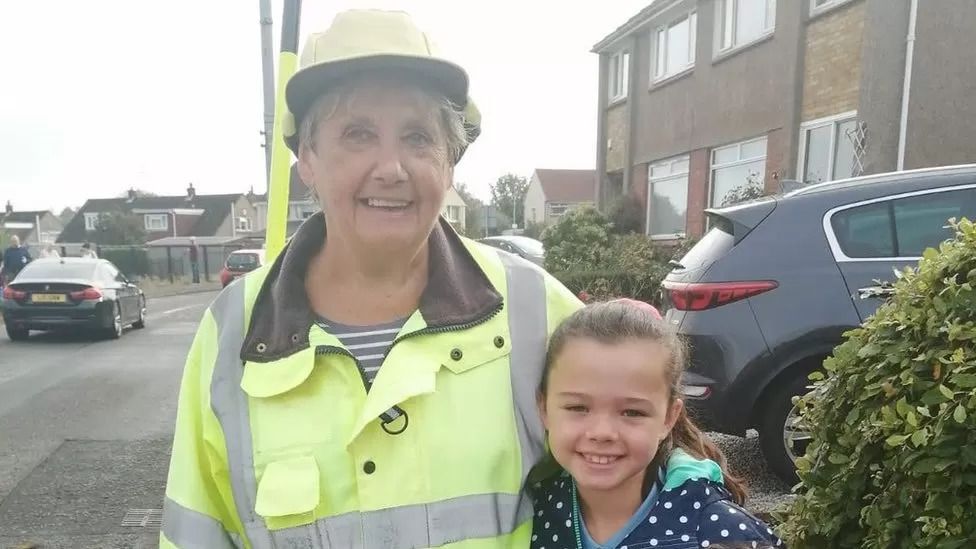 Finally, a lollipop lady has said that she is "pleased and proud" at being awarded a BEM.

Joyce Murray, has worked for more than two decades near her home in Bishopbriggs, East Dunbartonshire.

The 79-year-old said: "It's just nice to be recognised for things that you've done. It's quite special."

The honour comes ahead of a major milestone in 2023.

Ms Murray added: "I'll be 80 next April, so it's quite an achievement. It's good fun.

"I'm very happy about it and I'm fortunate I keep really good health.

"They tell me I'll still be doing it when I have a zimmer." 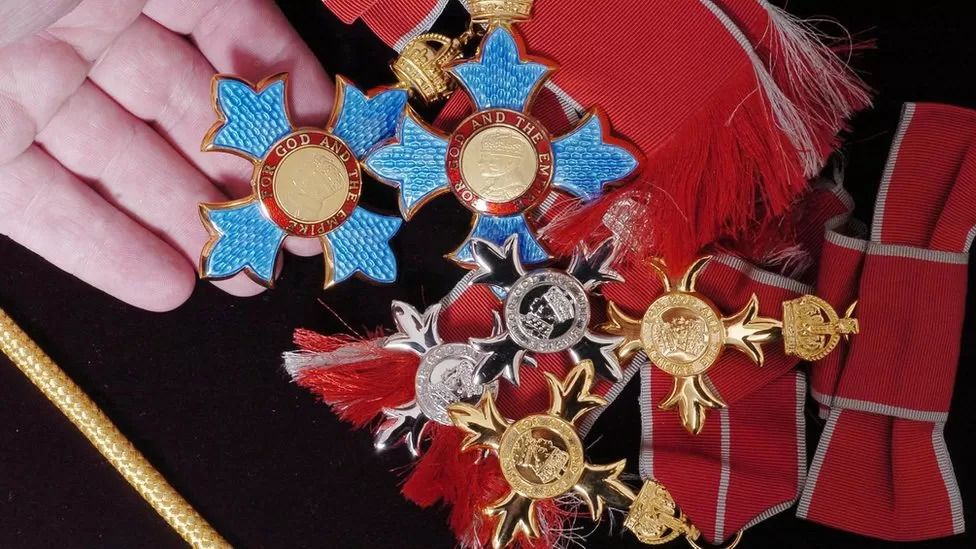 He said: "This year's New Year Honours List underlines the outstanding contributions made by Scots to the life of the nation, from public service, through entertaining us and contributing to our cultural heritage, to assisting in Scotland's recovery from the Covid-19 pandemic and supporting business growth.

"This is also, however, an important opportunity to acknowledge the dedication of those who selflessly serve the needs of others in our communities.

"My sincerest congratulations go to all who have been recognised today."

First Minister Nicola Sturgeon said those recognised had made "exceptional contributions" to communities across Scotland and beyond.

She added: "These Honours are particularly poignant as they are the first to be awarded since the passing of Her Majesty The Queen, who reigned for over 70 years.

"The service and dedication of our successes, from the arts, education and sport to business, charity, community cohesion and science has helped to promote Scotland all over the world and benefited people throughout society."