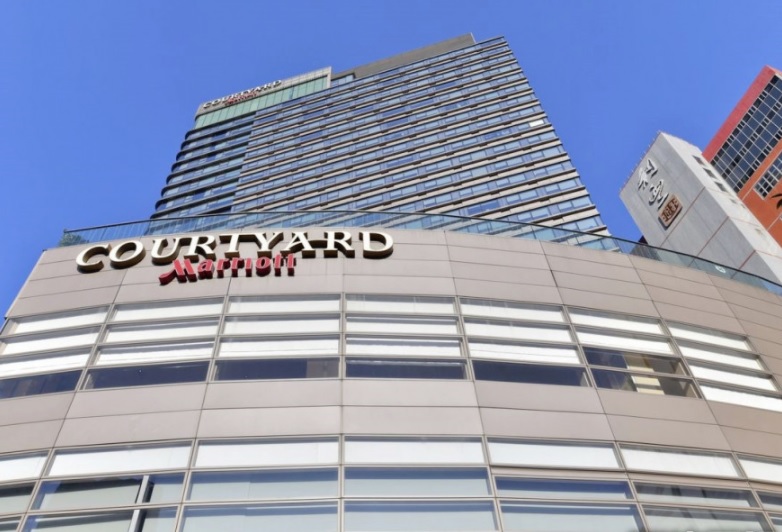 Courtyard by Marriott in Sha Tin, which will serve as a new quarantine hotel for foreign domestic helpers, has been fully booked until February.

From December 8, the Courtyard by Marriott in Sha Tin will provide 500 rooms for helpers' quarantine, priced at HK$650 per night.

The hotel will replace the Silka Tsuen Wan – which charges HK$800 per night – as a quarantine hotel for helpers. Silka will be used for other quarantine purposes starting December 1.

It will serve as a third location for helpers to quarantine, on top of Rambler Garden Hotel in Tsing Yi and the government's quarantine center in Penny's Bay. They charge HK$650 per night and HK$480 per night respectively.

Courtyard by Marriott opened for bookings at 9am Monday. In less than half an hour, all rooms available until February were fully booked.

The hotel's booking system runs better than that of the Penny's Bay quarantine center, he said.

With the outbreaks in the Philippines and Indonesia alleviating, Cheung called upon the government to further increase the number of quarantine hotels for helpers in order to provide 500 additional rooms.

That would facilitate the return of up to 7,000 helpers who are stuck in their home countries, he said.

In a online blog on Sunday, Secretary for Labour and Welfare Law Chi-kwong said the number of incoming domestic helpers has increased from an average of 28.3 people per day in early September to 107.2 people this month.

The percentage of foreign domestic helpers confirmed with Covid-19 in Hong Kong dropped to 1.37 percent by the end of October, down from 3.3 percent in early September, he said.

Authorities will continue to monitor the pandemic situation in the two countries, their vaccination rates and infection rates among travelers to Hong Kong to adjust the quota for incoming domestic helpers from the Philippines and Indonesia, he wrote.
#covid 19  #covid
Add Comment