The opening of two new road links next month is expected to relieve traffic by up to 40 per cent at the highly congested Tseung Kwan O Tunnel in eastern Hong Kong, according to transport officials.

It added the new infrastructure would shorten the commuting time between Tseung Kwan O and Kowloon East by about 20 minutes. Their initial planned opening in 2021 was delayed due to the Covid-19 pandemic. 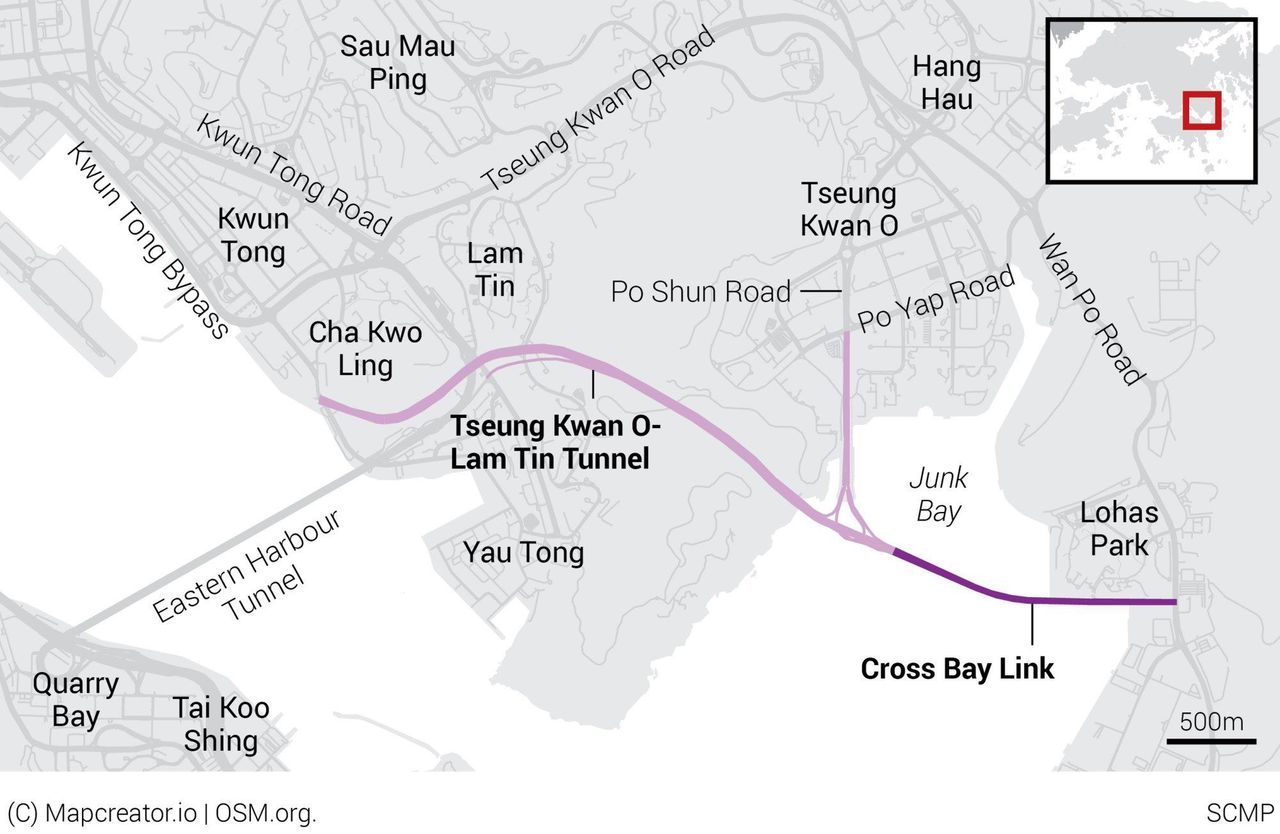 The new tunnel and its connecting bridge, which respectively cost HK$15 billion (US$1.91 billion) and HK$5.6 billion to build, link Lohas Park and the Tseung Kwan O Industrial Estate to the Eastern Harbour Tunnel and the commercial hub of Kwun Tong.

“Once open, the new tunnel is expected to divert 30 to 40 per cent of the traffic away from the Tseung Kwan O tunnel and provide an alternative route from east Kowloon into Tseung Kwan O,” said Ricky Ho Wai-kee, assistant commissioner for transport.

To reach Tseung Kwan O, vehicles at the Eastern Harbour Tunnel currently have to travel through Kwun Tong and the Tseung Kwan O Tunnel, which experiences heavy congestion during peak hours. 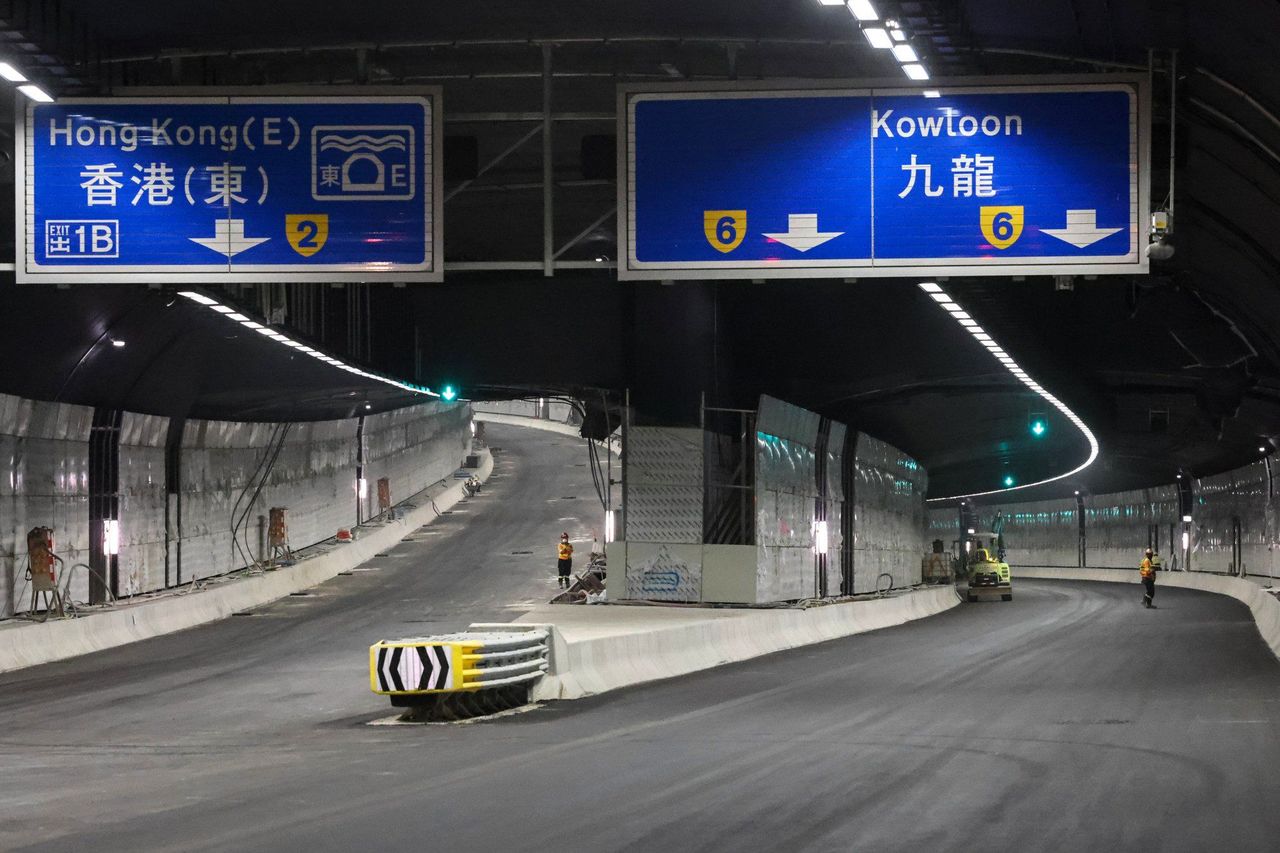 With the new tunnel and bridge, motorists can cut under the Chiu Keng Wan Shan hills behind Lam Tin and reach Junk Bay directly, reducing the duration of the journey to Tseung Kwan O by up to 20 minutes during morning peak hours.

The government will waive tolls for the existing Tseung Kwan O Tunnel starting midnight on December 11. The new tunnel and bridge will also be toll-free.

But no new cross-harbour routes will be added in the short term due to low demand, according to Assistant Commissioner for Transport Honson Yuen Hong-shing.

The new 2.2km tunnel connects the Cross Bay Link and Po Shun Road in the east, and the Eastern Harbour Tunnel and Cha Kwo Ling Road in the west.

The bridge is the first in Hong Kong to accommodate cars, cyclists and pedestrians, connecting to a cycling track along the Tseung Kwan O waterfront to form a 5km coastal loop.