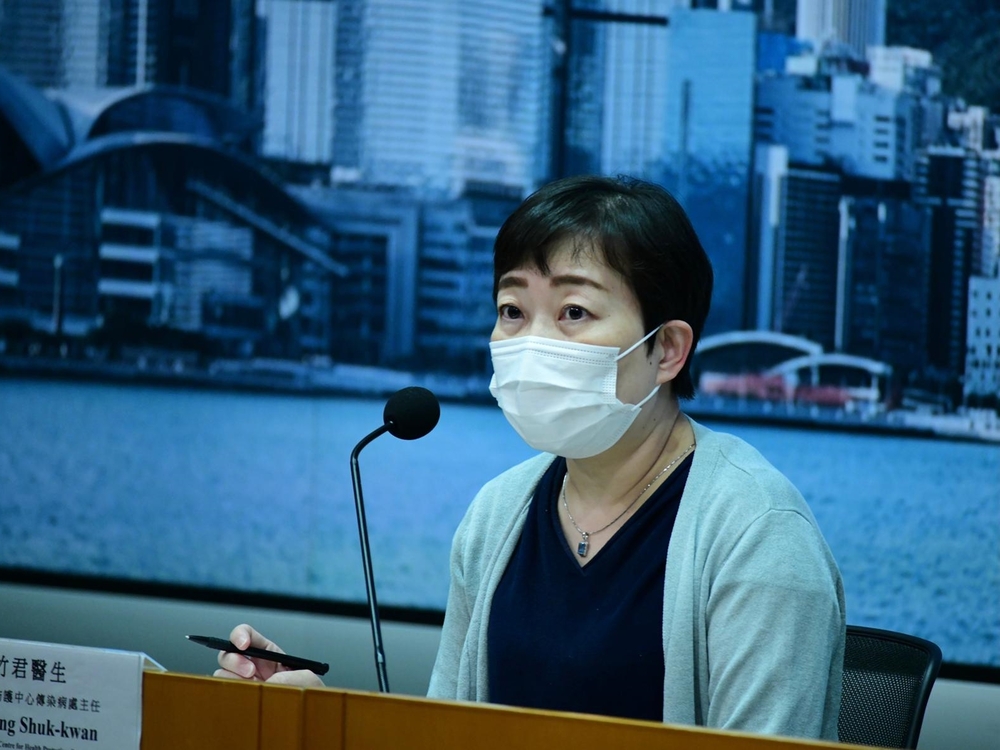 Nam Cheong domestic helper may be an imported case

Health authorities today reported one Covid patient in Hong Kong, with officials suggesting that the 29-year-old Indonesian domestic helper may have contracted the virus outside the city.

The helper was said to have arrived in Hong Kong on April 25 and was tested negative for Covid during her 21-day hotel quarantine. She returned to her employer’s home at Cullinan West in Nam Cheong on May 16.

The 29-year-old later went for another Covid test after the government issued the second round compulsory testing order for domestic helpers, and was tested positive for the coronavirus - 26 days after her arrival.

Chuang Shuk-kwan, head of the Centre for Health Protection's Communicable Disease Branch, said the helper’s CT value was high at around 38, meaning a low viral level and less infectious.

“It is possible she had contracted the coronavirus outside of Hong Kong and may be an imported case, but as of now, we are treating her case as a local case,” said Chuang.

There were also fewer than five preliminary positive cases today, including a 39-year-old Indonesian domestic helper - possibly a local case.

The 39-year-old arrived in Hong Kong on February 20 and had stayed at a dormitory at Portland Building in Prince Edward with another four helpers. She was also said to have stayed at her prospective employer’s home at Earl Gardens in Ho Man Tin in April.

The two buildings have been included in the compulsory testing notice.
#covid  #coronavirus
Add Comment