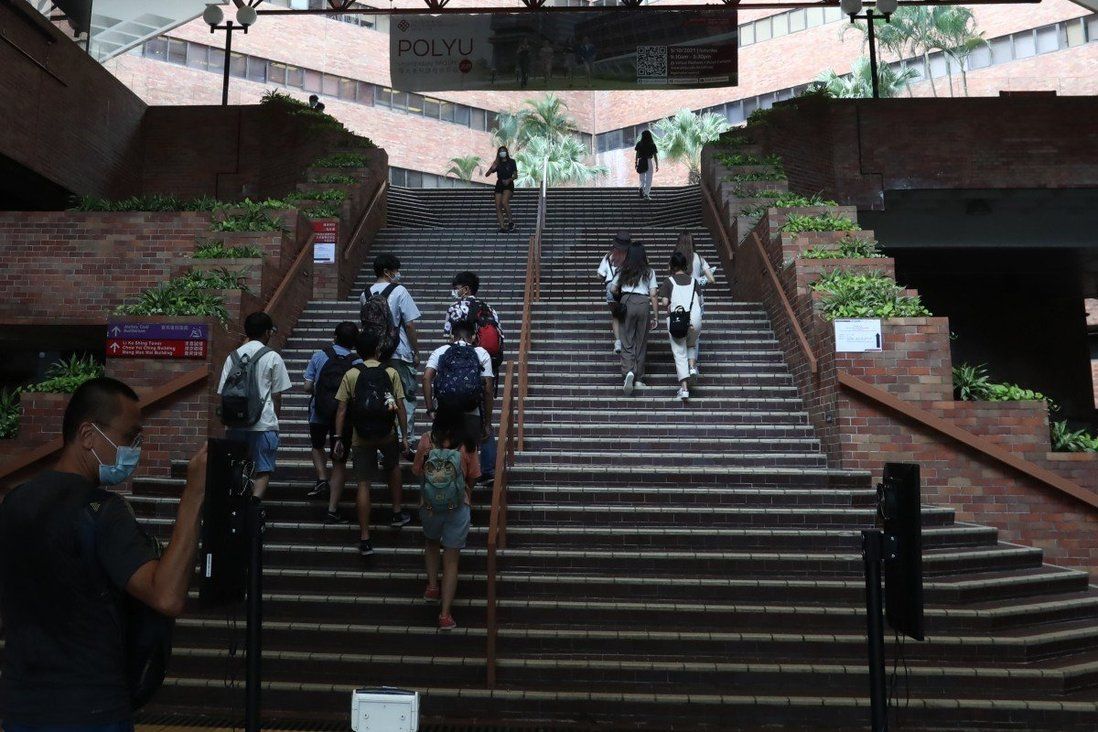 My advice to new lawmakers: reach out to foreign businesses, young people

Legislators should start by listening to the city’s disillusioned youth and setting them on a more prosperous path. They must also assuage the international business community’s concerns about the national security laws and Covid-19 travel restrictions.

In my recent unsuccessful campaign for election to the Legislative Council, I recommended that the new members reach out to two groups of Hong Kong residents: young people and the international business community. Even though I will not be able to participate, I still think these exercises are worth undertaking.

Far too many of our young people are disillusioned. They see no future for themselves, are distrustful of the government, and would prefer to “lie flat” rather than look for opportunities to improve their living.

The most serious schism is in the political arena. Partly because of mistakes by the present administration, and partly because some elements of the opposition took a violent turn, Beijing has felt obliged to intervene directly with two major pieces of legislation. The introduction of the national security law has had a sobering effect and created uncertainties.

Meanwhile, sweeping changes to election arrangements have taken us further away from, rather than closer to, universal suffrage for the chief executive and Legislative Council elections.

In the background, of course, has been a virulent anti-China sentiment both internationally and locally. Those seeking to halt China’s rise have used Hong Kong as a convenient stick with which to beat Beijing. Localists have tried to deny that Hong Kong is an inalienable part of the nation.

Some young people fell for the false narrative that, one day, our city could be independent. It was never true but the allure of the idea was just too attractive to some and overwhelmed their common sense. It will take time to correct this thinking.

The sight of protesters waving British and American flags, even singing the national anthems of those countries, came as a shock. What impact it had on policymakers in the capital can only be imagined.

In the longer term, more use of the national language, more teaching of Chinese history, and more study of Chinese literature will gradually lead to a better understanding of Chinese culture.

In the short term, this proposed outreach programme by Legco must be a two-way process. The younger members in the new legislature, being closer in age and thinking, can assist in the process of gently setting our youth on a more realistic path.

But they must also listen sympathetically to our university and senior high school students. After all, their concerns are real, even if their proposals are not always practicable.

One area ripe for new thinking is employment prospects. A person born in Manchester, England, does not only look for career opportunities in that city, for example.

Depending on the individual’s aptitudes and interests, he or she may consider possible openings in Liverpool or London. Far too many young people in Hong Kong seem to think the world ends at the Shenzhen River.

Stepping back and taking a broader view, they may find attractive opportunities in Dongguan, Guangzhou or other cities in Southern China, or even elsewhere in the country. Some of the new Legco members have been successful there, so can quote from personal experience.

Perhaps the most important result from the exercise will be to make our young people feel loved, or if that is too ambitious, at least not ignored.

The other group feeling somewhat neglected at the moment is the international community resident in the city, in particular the business sector. Once again, this must be a two-way process.

Legco members could start by emphasising how much they appreciate the presence of foreign companies and businesspeople in our city. After all, they are the cornerstone of our status as an international trading, financial and transport hub. Without them, our claim to be “Asia’s World City” would be an empty slogan.

The past three years have been tough for them. The social unrest has thankfully been calmed but there is a residual tension among the workforce. The Legco delegation could consult the international chambers of commerce on how to ease these tensions. 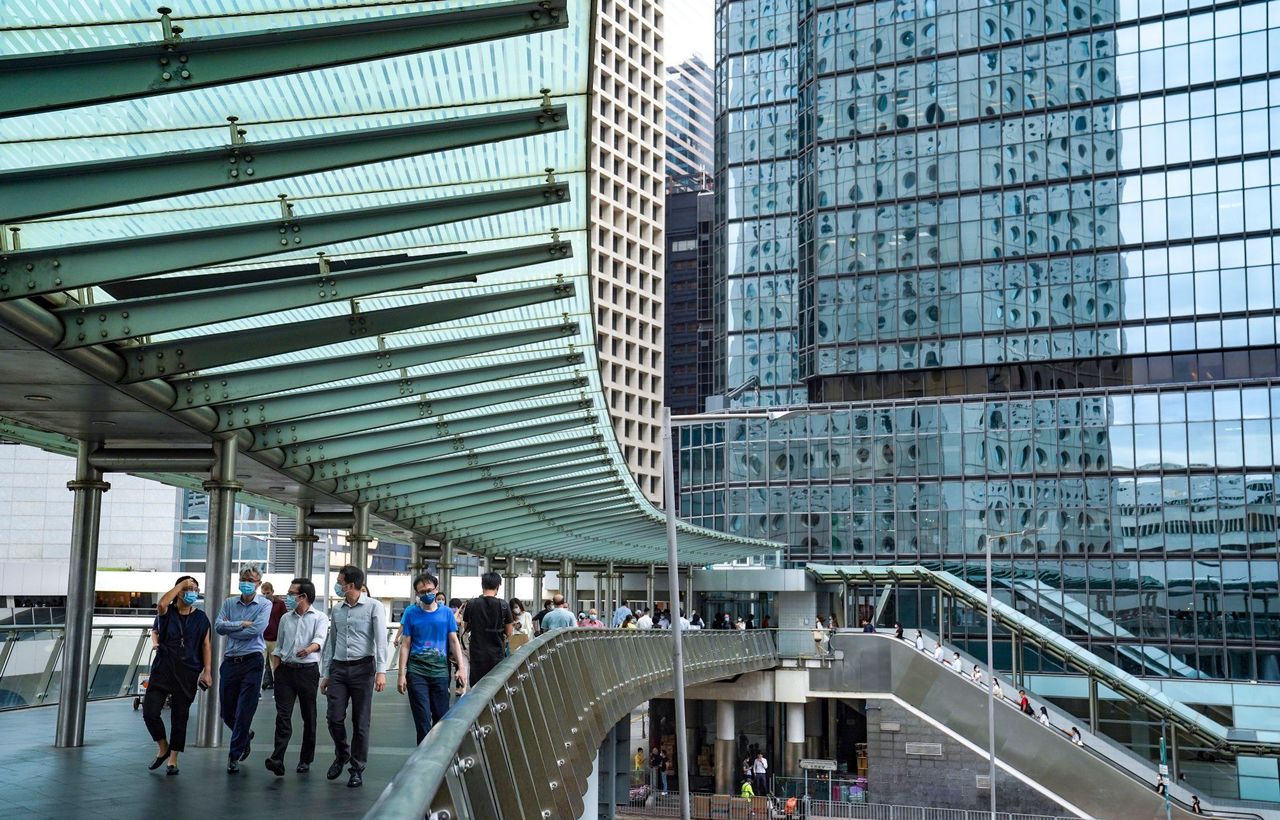 Pedestrians on a footbridge in Hong Kong’s financial district on October 7. Foreign companies and businesspeople are the cornerstone of our status as an international trading, financial and transport hub.

They could also ask foreign companies about their concerns over national security and seek clarification on whether the introduction of the national security law had only an emotional impact, or whether there have been tangible issues causing compliance departments to recommend shifting operations away from Hong Kong.

When work starts, as soon it must, on legislating for Article 23, could foreign companies spell out what safeguards they would like to see in the new legislation?

In short, is there anything that could be done to improve the operating environment without prejudicing national security? Opening communication channels between the new legislators and foreign companies can only benefit efforts to preserve our attractiveness as a business city.

Another major concern is likely to be the zero-Covid policy and the ensuing quarantine arrangements. Movements of senior executives into the city have reportedly been reduced to a trickle, but the outflow threatens to turn into a torrent.

The Legco team needs to get an update on how serious the loss of business activities is likely to be, and an assessment of whether they can be recovered once normal travel resumes.

All parties need clarification on why Hong Kong has the lowest vaccination rates of any part of China: the mainland, Taiwan and even Macau all have much higher rates. Discussions on how we can improve would be useful.

The underlying message for Legco in dealing with both our youth and international business is the same: we need to talk.