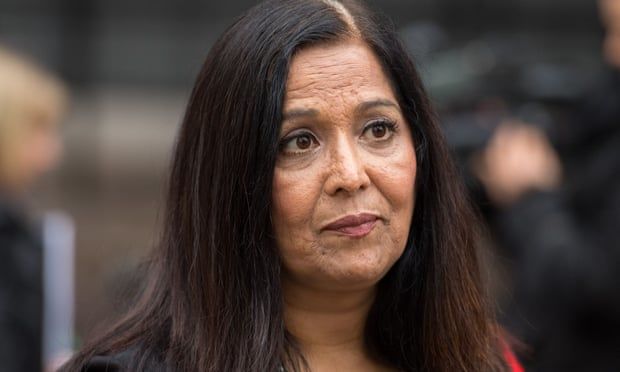 Exclusive: Number of cases has doubled in many constituencies – with some reporting 12-fold increase and ‘massive backlog’

MPs and their staff are buckling under the strain of a “phenomenal” rise in appeals for help from constituents, with some reporting a 12-fold increase in casework fuelled in part by an “absolute crisis” in mental health issues.

Parliamentary aides said they were becoming burnt out and struggling to help people in desperate need, because of a “massive backlog” of issues caused by the Covid pandemic.

Data shared with the Guardian by Labour and Conservative MPs shows that some are dealing with an average of 12 times more casework than before 2020, while many have seen the number of cases at least double.

The Afghanistan crisis has deepened the strain on MPs’ staff, with teams of only two or three people processing scores of desperate appeals for help from constituents whose family members have been left stranded under the Taliban.

The Labour MP Yasmin Qureshi, whose Bolton South East constituency has been one of the hardest hit by Covid, said her team had handled 4,286 issues raised by constituents in the first half of this year, compared with 715 in the entirety of 2016.

If Qureshi’s office was to take on the same amount of constituents’ pleas until the end of the year, this would constitute a twelvefold increase – as it currently stands, the workload is already six times higher than five years ago.

“We were struggling before the pandemic, but now it’s just crazy,” said one MP’s office manager. “We’ve got 1,800 emails waiting for a response. In the eyes of constituents, that’s unacceptable. But we’re paddling like mad and doing the best we can.”

MPs said they had started to see a growing number of mental health issues affecting constituents, as well as stubbornly high unemployment and a looming crisis as many pandemic support measures, including the £20 weekly uplift in universal credit, come to an end next month.

The Independent Parliamentary Standards Authority (Ipsa), which sets the pay of the UK’s 650 MPs and their staff, is facing calls to increase MPs’ resources to help meet the demand.

The Conservative MP and Commons deputy speaker Nigel Evans said he received almost 1,000 emails about a range of concerns in July, compared with an average of 200 a month before the pandemic.

Selaine Saxby, the Tory MP for North Devon, said there was a “monumental, dramatic and instantaneous” increase in requests for help from constituents at the start of the pandemic. Her constituency is in the grip of a “housing crisis”, she said, worsened by an influx of second homeowners over the past 18 months.

IPSA allowed MPs to hire another member of staff to help deal with the huge pandemic caseload. However, that extra funding is due to expire in March 2022, leaving many MPs and their aides concerned that they will be unable to deal with the many long-term issues troubling residents.

One MP’s office manager said: “We’re now seeing the long-term effects of the pandemic – mental health is in absolute crisis. I feel absolutely sick to the core that we’re going to lose another member of staff if the staffing uplift comes to an end. It will plunge us back into a nightmare.”

Chloe Mclellan, an MP’s aide, said the toll of the pandemic had “exacerbated serious concerns about the wellbeing of staff”, who she said receive no support and little specialist training despite regularly handling traumatic cases and helping people on the brink of suicide.

“Burnout is a real concern at the moment. Lots of people are really getting to the end of what they can cope with,” said Mclellan, the co-founder of the Wellness Working Group for parliamentary staff.

Concerns have been raised to Ipsa that funding cuts to external agencies, such as the legal aid advice network and Citizens Advice, mean that MPs have become “the first and last port of call” for people needing complex and often urgent help.

MPs have a limited budget to employ only a handful of staff, often on relatively low wages and most with barely a year’s experience in the job.

The GMB Union said the average pay of Westminster caseworkers – between £24,000 and £35,000, far below the average London salary – was an “insult” because they are an “absolute lifeline” to those in the greatest need.

“The fall-out of the Taliban takeover of Afghanistan has placed enormous pressure on caseworkers and their workloads - just as the pandemic did last spring,” the union said. “They deserve full recognition of how essential their role is.”

Max Freedman, chair of the Unite union’s parliamentary staff branch and an MP’s office manager, said his colleagues were “paddling to keep still” rather than addressing the problems of people “in genuine need”.

A spokesperson for Ipsa said it had made extra funding available during the pandemic and that it would review budgets for 2022-23 later this year.