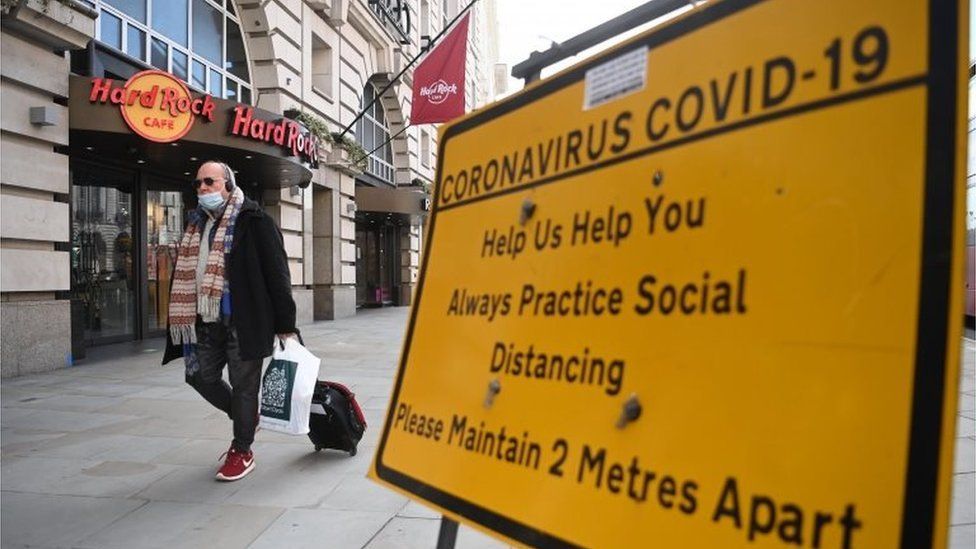 MPs have voted to extend emergency coronavirus powers for another six months.

They backed the health secretary's call to renew "essential" emergency rules to deal with the pandemic as England moves out of lockdown.

But some Conservatives voted against the measures saying they were "out of step" with the roadmap for lifting restrictions.

Ministers say the powers will stay in place "only as long as necessary".

The Coronavirus Act came in to force in March 2020 at the start of the pandemic with ministers pledging to use the measures "when strictly necessary".

The law gave the government wide-ranging powers unlike others seen before - from shutting down pubs, through to detaining individuals deemed at risk as part of efforts to contain the spread of the virus.

MPs voted by 484 to 76 to extend it - 36 Conservative MPs rebelled, by opposing the legislation. Twenty-one Labour MPs also voted against it.

MPs agreed to extend it until the end of September as well as voting on England's roadmap out of lockdown and the continuation of virtual proceedings in the Commons.

Opening the debate ahead of the vote, Health Secretary Matt Hancock said the legislation had been a "crucial part" of the government's response to coronavirus, enabling ministers to bring forward measures such as furlough and statutory sick pay for those self-isolating.

But he said 12 provisions in the legislation were no longer needed because of progress that had been made in dealing with the virus. 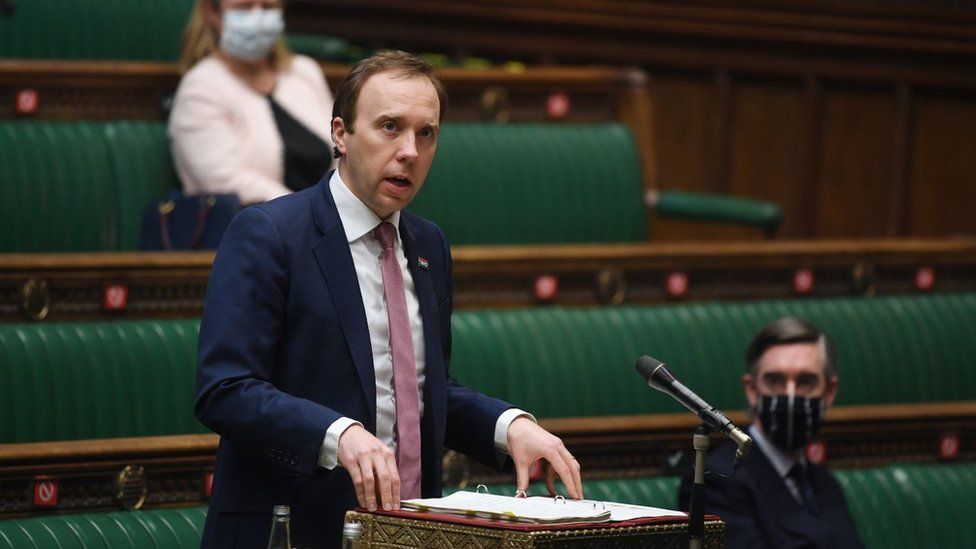 These include easing some responsibilities on the social care sector, laws governing the retention of biometric data for health and security purposes, and obligations on businesses that work in the food supply chain.

Mr Hancock acknowledged some people were concerned about the powers contained in the act.

He said: "Although this act remains essential and there are elements of it which we are seeking the renewal of, we have always said we will only retain powers as long as they are necessary."

But the chairman of the 1922 committee of Conservative MPs, Sir Graham Brady, said he would vote against because "it is important we make the case for a return to normality and trusting people with their own lives".

He said: "These powers were given by Parliament to government last March as a very temporary set of extreme emergency measures. Nobody then envisaged that they would still be in place a year later, still be in use 18 months on.

"I think we need to be very cautious about the dangers of normalising what is actually a very extreme policy response."

The deputy chairman of the Covid Recovery Group of lockdown sceptics, Conservative Steve Baker, said the vote was a "rare opportunity" for MPs to "say no to a new way of life in a checkpoint society".

He said he was reassured by the prime minister's comment at the Liaison Committee on Wednesday that "anything that is redundant will go".

Many of the Tories who voted against the government have been persistent critics of its approach to restrictions and lockdowns.

For them, it's about trust.

Reassurances from ministers about powers only being used when necessary in extreme circumstances don't cut it.

There is deep unease about the scope of these powers and the very fact they are available to the government, even if they're not being used.

But the pandemic has changed expectations of what governments can and should do in extreme circumstances. Freedoms considered sacrosanct have been suspended in the spirit of saving lives.

The public may have been willing to largely comply, but there are at least a few dozen MPs willing to argue the price society has paid has been too high.

Labour backed the extension of the emergency powers but said its support was not offered "with any enthusiasm".

The shadow health secretary, Jonathan Ashworth, said: "Given the loss of life we have suffered and given the risks of mutations that could set us back, we must have zero tolerance to letting the virus rage unchecked.

The Liberal Democrats also voted against the measures.

One of its MPs, Tim Farron, said the powers were "an over-reach" that the government "does not need" and he described them as a "default knee-jerk attempt to seek draconian powers" that he said "fit in to a pattern" of eroding civil liberties.

A government review into the possible use of coronavirus passports or status certificates to allow people to visit pubs and other venues is taking place under the plans to ease England's lockdown.

The prime minister said there would be an update on the idea in April, and a review will report in June.

The leader of the Covid Recovery Group, Conservative Mark Harper, said the idea of vaccine certificates to enter pubs was "unconscionable" and raised "practical, moral and ethical issues".

"We've asked young people to do a lot over the last year and I think the least we can do is to get the economy open, so that their futures are not damaged any further," he said.

Speaking on a visit to west London, the prime minister rejected suggestions he was no longer concerned about protecting individual freedoms.

He said: "The libertarian in me is also trying to protect individual's fundamental right to life and their ability to live their lives normally and the only way really to restore that for everybody, is for us to beat the disease.

"The best path to freedom is down the cautious but irreversible roadmap that we've set out. That's what the freedom lover wants."