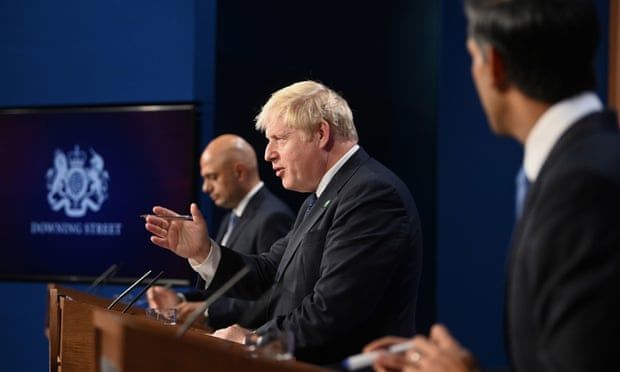 More money for the NHS is overdue, but there's not nearly enough to fix social care

Boris Johnson promised to solve the crisis. But the government’s meagre funding won’t deliver the change that is needed, says Andy Cowper, of Health Policy Insight

Boris Johnson today announced the government’s new plan for social care. Entitled Build Back Better, and trailed by an extensive media briefing war between the prime minister and chancellor over the past few weeks, this plan makes various financial commitments on the NHS and social care funding.

It’s worth remembering Johnson’s words, as he stood in front of No 10 on his first day as prime minister, more than two years ago: “My job is to make sure you don’t have to wait three weeks to see your GP, and we start work this week with 20 new hospital upgrades, and ensuring that money for the NHS really does get to the frontline.

“My job is to protect you or your parents or grandparents from the fear of having to sell your home to pay for the costs of care, and so I am announcing now – on the steps of Downing Street – that we will fix the crisis in social care once and for all with a clear plan we have prepared to give every older person the dignity and security they deserve.”

Has he delivered? To answer this, we should first consider his funding plans. Starting in April next year, a 1.25% increase in employers’ and employees’ national insurance contributions, and a 1.25% increase in share dividend tax, will total an extra £12bn in taxes raised each financial year: £36bn over the three remaining financial years of this parliament. This has been labelled a “health and social care levy”, and will in time appear on payslips as a payment distinct from income tax and national insurance contributions.

Of this £36bn (which breaks the Conservatives’ 2019 manifesto commitment not to raise any of the main three taxes), the NHS will receive £30.6bn extra. This follows the health secretary, Sajid Javid’s, announcement on Monday of an additional £5.4bn for the NHS for the remainder of this current financial year to address extra Covid-19 and backlog costs.

This is moving towards a serious effort to provide adequate funding for the NHS, as assessed by the independent health thinktanks. But we shouldn’t get carried away. Between 2010 and 2019, the NHS had the lowest period of financial growth in its history. Even before Covid, NHS waiting lists had shot up.

One consequence of the funding squeeze was the regular transfer of NHS money allocated for capital and maintenance budgets into day-to-day spending. This led to an enormous backlog of building and maintenance work.

Social care has for a long time been the “poor relation”. It is also poorly understood. Many people believe social care is free at the point of use: it is means tested and those with assets below £23,000 in value are charged for their care.

The newly announced financial plans keep social care firmly in the shadows. Of the £36bn raised, only £5.4bn is for social care. Of that £5.4bn, £2.5bn funds the new £86,000 lifetime cap on individuals’ contributions to their care costs, leaving just £2.9bn over three years for reform.

This reform is very much about doing what Johnson promised: to prevent people having to sell their homes to pay for their care. As such, it will disproportionately benefit wealthy older people. Nor does it address the fact that half of social care is for working-age adults: for these people, the proposals offer very little.

To get a sense of the scale of missed opportunity, 2019’s Health Foundation report – What should be done to fix the crisis in social care? – points out that restoring the access to care services caused by austerity-era cuts to local authorities’ government grants would cost £12.5bn.

And on delivering the government’s new plans, the picture is even weaker. In fact, there’s very little actual plan on offer, beyond a few broad commitments (one of which is for the NHS to create a new delivery plan).

On the NHS backlog, there’s a striking claim: “The NHS in England can aim to deliver around 30% more elective activity by 2024-25 than it was before the pandemic.”

Yet extra infection control protocols have reduced the NHS’s capacity to treat patients – which is now below the level at the start of the pandemic (when waiting lists had already grown hugely). And the NHS still doesn’t have a real plan to increase the number of staff by anything like the amount needed to do this.

There is nothing in the document that remotely resembles a plan to reduce the NHS backlog. It is instead an aspiration-fest, articulated with words such as “can aim to”, “should” and “could” (where “will”, “shall and “must” would be more reassuring). There’s nothing substantial on how the quality of current social care provision will be raised; nor on how pay and conditions for staff will be improved.

Put simply, the government has provided more funding: probably just about enough for the NHS to make a decent start on the backlog, but nothing like enough to improve social care. And in terms of its plans to deliver change: they just aren’t there.
#covid 19  #covid  #boris johnson  #johnson
Add Comment