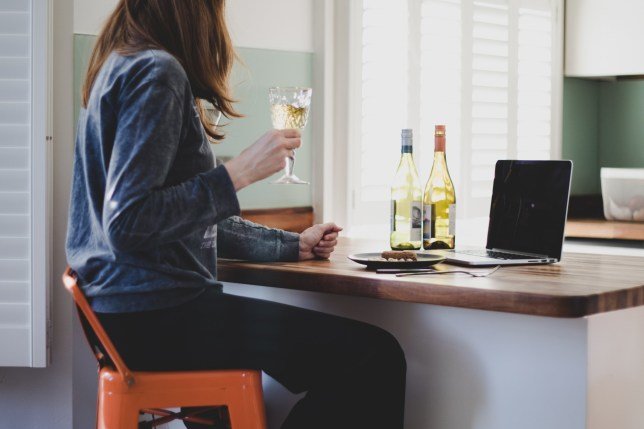 'Given that so much of normal life has been disrupted and people are struggling both with the lockdown itself and with worries about the virus, it's not surprising that some people are drinking more.'

Millions of people are drinking more heavily due to the coronavirus pandemic, a leading charity has said.

Alcohol Change UK surveyed drinkers to find out the effect of lockdown and the virus.

They found that almost one in three drinkers (29%) have been drinking at increasing or high risk levels over the past six months (over 14 units per week).

Over half of drinkers (53%) said they have drunk alcohol for a mental health reason – such as feeling anxious, stressed or worried, feeling bored, having trouble sleeping, or feeling sad or low – at least once in the past six months.

Chief Executive Dr Richard Piper said: ‘Covid-19 has negatively affected our nation’s mental health, and has led millions of us to drink more heavily. Challenging the stigma and shame that many of us feel when we realise our drinking has got out of control is more important now than ever.’

Andrew Misell, Director for Wales at the charity, told Metro.co.uk that there were a number of reasons why some people were drinking more, some related to anxiety about the virus itself and some due to the restrictions in place to deal with it, which have left people more isolated.

He said: ‘Given that so much of normal life has been disrupted and people are struggling both with the lockdown itself and with worries about the virus, it’s not surprising that some people are drinking more.

‘The great majority of us are very much on board with the lockdown restrictions, and we understand why our usual range of activities has been reduced.

‘But that that doesn’t make it easy to live with this new normal. And on top of that, obviously, you’ve got all the worries about the virus itself.

‘Alcohol is a very well established, very socially acceptable coping mechanism in this country. Lots of us are in the habit of using it to to help us get rid of our worries, help us relax, calm down, and stop thinking about things too much.

‘So it’s not really surprising, given the very strange and exceptional situation we find ourselves in, that some people are drinking more.’

This week is Alcohol Awareness Week, and the survey was commissioned to coincide with this.

It comes after over seven months of restrictions on socialising and going out to the pub with friends and family. 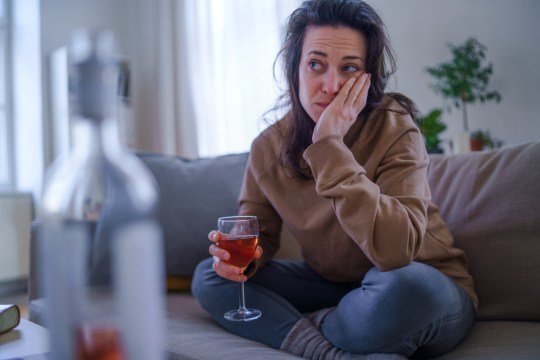 Many people are finding lockdown difficult

Mr Misell said: ‘When alcohol moves from the public world of cafes and pubs to the private world of the home, the usual sort of social checks and balances have gone out the window.

‘The only thing there to control your drinking is is is you.

‘Obviously, the big feature of the lockdown is that it’s increased our physical isolation from each other.

‘And humans are social animals. We’re not particularly going to enjoy anything that stops us from being sociable.

‘Even if someone is really on board for the lockdown restrictions, and understands completely why the restrictions are in place, that doesn’t necessarily make it easy for them to lose social contact with family or friends or whoever, or to be obliged to maintain contact with people online, when what they really want to do is is see people face to face.

‘Obviously, we all need to follow the rules and do what we can to stop the spread of the virus.

‘But there’s no harm in recognising that it’s difficult for us sometimes.’

He said that it was too early to say whether the people who had started drinking more heavily during lockdown would continue to do so when restrictions were eased.

But he added: ‘We do need to be alert to the possibility that some people who developed drinking habits during the lockdown will continue to drink like that.

‘That’s where we need to be ready to provide some support.’

He called for more government funding for services to help people deal with their drinking if it starts to get out of control.

‘There are lots of demands on the public purse,’ he said. ‘And I’m sure that there are lots of lots of charities like mine that would like spending to be prioritised in other areas, but I think there is there’s a strong case for making sure that we have good alcohol services available to people locally, really to to help people manage problems early on before they become before they become serious and before they start creating other problems which will be even more expensive for the public purse.’