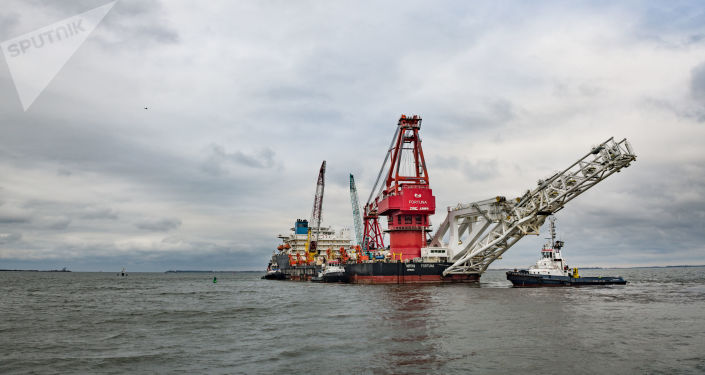 The US earlier passed legislation that opens the way for new sanctions against Nord Stream 2. The latter had already attracted sanctions last year, forcing some of the contractors working on its construction to withdraw from the joint Russian-European project.

German Chancellor Angela Merkel has strongly rejected US threats to impose extraterritorial sanctions against Nord Stream 2 pipeline. At the same time, the chancellor assured that the rift between Germany and the US is "not as deep" as it seems and vowed to "find a solution" to the existing disagreements.

Merkel added that Nord Stream 2 is a "controversial" project which is actively discussed within the European Union. She noted that the pipeline, as well as American sanctions against it, will also be on the agenda in talks with new US administration of Joe Biden.

The German chancellor gave assurances that the EU has long been aware of US concerns that Nord Stream 2 would make Germany and other European states dependent on Russian gas, by signing the Third Energy Package. She further stressed the importance of natural gas supplies as a "transition fuel" for Berlin as it works on abandoning nuclear energy and coal energy plants in favour of green energy sources.

The previous American administration urged the EU to buy American liquefied natural gas instead of Russian pipeline gas. However, when the EU ignored the call and proceeded with the construction of the joint project with Russia, the White House threatened to introduce sanctions against some of the firms working on the construction of Nord Stream 2. The US also passed legislation ordering sanctions against any entity helping to build the pipeline, including by certifying it or ensuring the vessels working on the project.

The sanctions have already forced several companies to abandon the project, including Swiss business AllSeas, which provided a pipelaying vessel for its construction. The pipeline's operator Nord Stream AG later found a replacement for the vessel, the Russian ship "Fortuna", which will lay the last 10 percent of the pipeline's length.