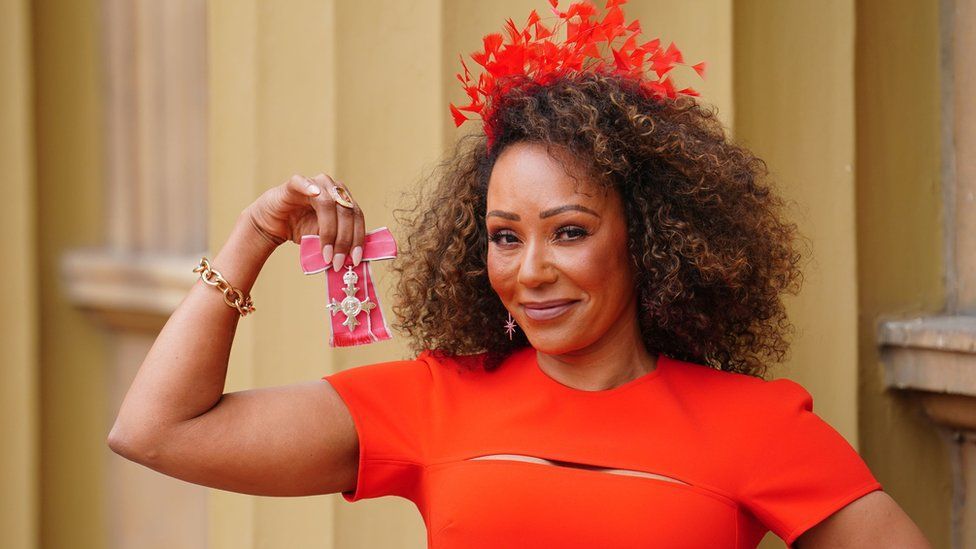 Pop star Melanie Brown, aka Mel B, has been made an MBE for services to charitable causes and vulnerable women.

The Spice Girl, 46, dedicated her award to "all the other women" who are dealing with domestic violence.

Brown, who made her name as Scary Spice in the 1990s, became a patron of the charity Women's Aid in 2018 after leaving what she described as an abusive relationship.

She received the honour from the Duke of Cambridge at Buckingham Palace.

"I never thought I would be here getting this MBE for the work I've been doing," she told the PA news agency afterwards.

"It's amazing to have but it's not just for me - it's for all those other women.

"Especially because of Covid, there's been such an epidemic of domestic violence, that's been completely on the rise, and you know I've got an army of women behind me that need help and need to be heard."

Mel B added that she felt like she was representing the "voice" of all women who had been abused, "so I don't take it as it's my award because it's our award because we've survived".

The number of domestic abuse offences recorded by police in England and Wales increased during the pandemic, and the Office for National Statistics said such offences had been gradually rising in the years before that.

Last month, campaigners said a massive increase in appeals for help over the past year from those suffering domestic abuse had exposed the scale of the problem. 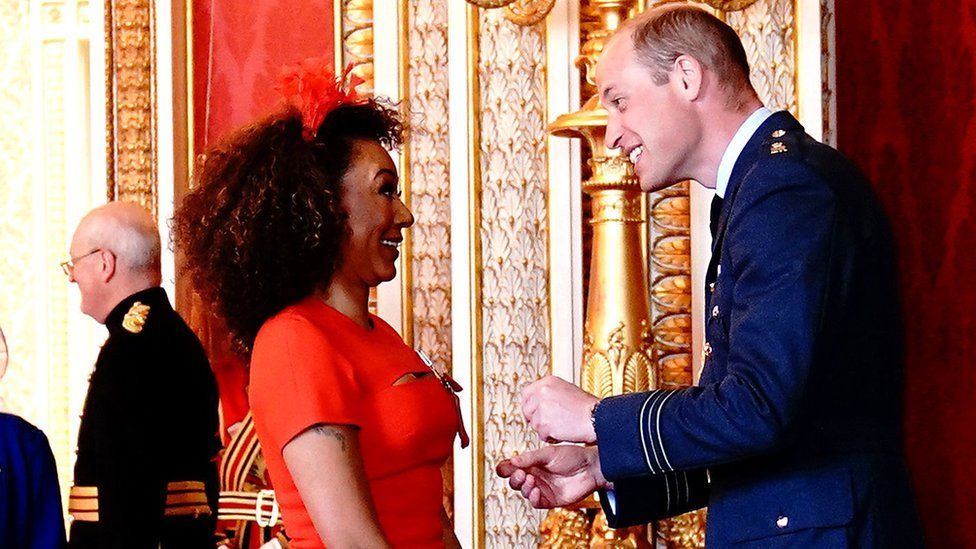 The singer, from Leeds, was made an MBE by the Duke of Cambridge, who she said "commended" her on her work and told her he was "so sorry" she had gone though "such a horrible time".

"I've had a really amazing life so far and it was turned into something horrible for 10 years and I've made something worthy," she added.

As well as Mel B, DJ and presenter Simon Mayo was also honoured at the first major investiture at the palace since the pandemic began two years ago.

The 63-year-old was made an MBE for services to broadcasting and charity.

Mayo, who recently announced the end of his long-running BBC Radio 5 Live film review show, tweeted on Wednesday to say Prince William had taken the opportunity to declare himself a fan of dance music.

Mel B in 2018: "It's hard for women to admit to themselves they are in a coercive, abusive relationship"