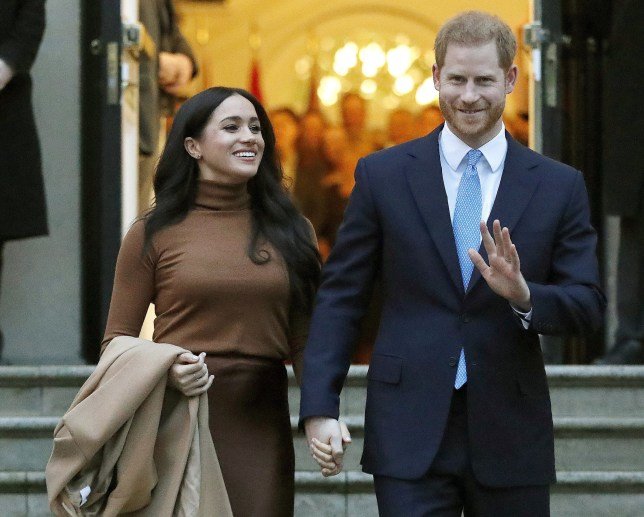 Meghan and Harry 'want extension to their 12-month Megxit deal'

Prince Harry and his wife Meghan are reportedly hoping to clinch an extension to their twelve month ‘Megxit’ deal.

The prince is said to be planning a trip to the UK for talks with senior royals in the New Year.

According to The Sun, the couple would like to keep their royal patronages, despite taking on commercial commitments such as deals with Spotify and Netflix.

Royal biographer Andrew Morton told the paper that the prince would be keen to come back to the UK for several events next year, including the Queen’s 95th birthday, the Duke of Edinburgh’s 100th and the unveiling of a statue of Princess Diana on July 1 – which would have been her 60th birthday.

He said: ‘Although they will do some of it by Zoom, Harry wants to meet face to face to tie it all up.

He said: ‘Things seem to have calmed down. Harry has been in contact with the Queen more often than you would think. But certain things you need to be there in person to sort. They will need a few weeks. That could be done after April, depending on Covid.’ 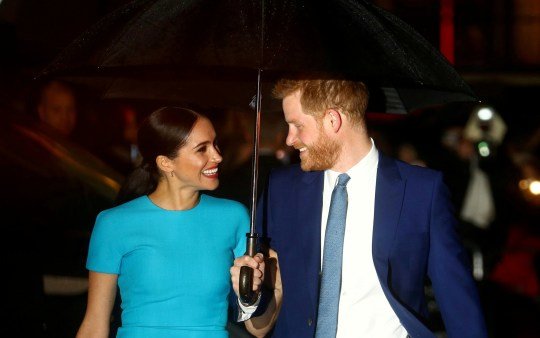 Prince Harry and his wife Meghan arrive at the Endeavour Fund Awards in London on March 5 this year (Picture: Reuters)

The couple quit as senior working royals on March 31, and dropped their HRH styles to earn their own money and live a life free from royal constraints.

But one of the outcomes of the summit held by the Queen at Sandringham to resolve the crisis was that there should be a 12-month review of the plans.

It was thought the intention was to leave a way back for Harry and Meghan should they want to return to the royal fold.

But with the couple forging ahead with their multimillion-pound Netflix and Spotify deals and buying a £11 million home in California, it looks unlikely.

However, the review will also have to deal with the unresolved issues – in particular what will happen to the duke’s honorary military titles.

Harry’s forces appointments – including Captain General of the Royal Marines – were put on hold for a year after Megxit, and he is not currently allowed to take on any roles using them.

The Buckingham Palace review will have to decide what happens to the titles and who – if not Harry – will take on the duties.

The duke, who served on the front line in Afghanistan, has spoken of how his life was shaped by his time in the Army.

He was left saddened when his request for a wreath to be left at the Cenotaph on his behalf on Remembrance Sunday was rejected by royal household staff in November.

Royal commentators will also be keeping an eye on whether the Sussexes have kept to their pledge that ‘everything they do will continue to uphold the values of Her Majesty’.