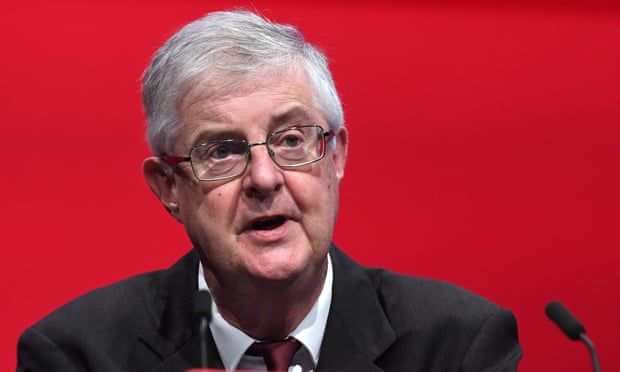 The Welsh first minister has launched a strong attack on the UK government, claiming that a combination of ideology, incompetence and malevolence had resulted in the fuel crisis and is leaving the most vulnerable people facing one of the most difficult winters for years.

Mark Drakeford raised concern about the UK’s more relaxed approach to Covid restrictions, suggesting this seemed to be prompting some people in England take more risks.

Drakeford also expressed frustration over the lack of communication between the prime minister and the devolved governments, revealing that Boris Johnson had not spoken to him since the start of June.

The first minister said the HGV and fuel crisis was a “dreadful failure” by the UK government. “It is not caused by short-term panic,” he said. “This is an issue known for months and months and they [the UK government] have wilfully refused to deal with it for nakedly ideological reasons. They are not prepared to face up to the fact that Brexit lies at the root of the problem, and were unwilling to take the most obvious form of action, which was to allow people who have previously worked successfully in the UK to have access to the jobs we cannot fill.”

He said he had heard about the plan to allow foreign HGV drivers in for a few months before Christmas, nicknamed the “Ebenezer visa”. “On Christmas Eve we will say thank you, we don’t need you any more. It is so wrong-headed, so exploitative. It will not succeed.”

Drakeford called the £20 cut in universal credit “beyond disgraceful”, claiming it meant that each week by Wednesday and Thursday the poorest people would be wondering where food for the weekend would come from. He said many of those same people were facing increases in fuel and energy bills and national insurance contributions.

The first minister said the UK government was guilty of a “combination of incompetence and malevolence”. “It’s a pretty difficult combination. Since the reshuffle we’ve had the fuel crisis, the gas crisis, the energy crisis. For a fresh start it’s not got off the best.”

Drakeford said he believed the last time he spoke to Johnson was the start of June. He said there was no date in the diary for another meeting. As a supporter of the union, the first minister expressed disappointment at the lack of contact. “I hope one will happen soon, it will be useful,” he said.

Speaking to the Guardian in the almost deserted Welsh government’s Cathays Park offices in Cardiff – staff are working from home wherever possible – Drakeford said Wales was intent on remaining cautious over Covid.

“Coronavirus is absolutely not over. The numbers are far too high, the pressures on our hospitals are real. Our view is we need to build our defences as high as we reasonably can. For us that is building them higher than the UK government for England has chosen.”

People in Wales will have to show an NHS Covid pass to enter nightclubs and attend many events from next month. Residents of Wales have been told to work from home when they can, and firmer action is to be taken against people who do not wear face coverings when legally required to do so, for example in shops or on public transport.

Drakeford said measures that were part of Johnson’s “plan B” were in his “plan A”.

The first minister made his first trip out of Wales in many months to attend the Labour conference in Brighton and was surprised at how few people were wearing masks.

“On the whole you still see people in Wales understanding it’s a very small thing you’re being asked to do but it adds up to another important protection. There is a different attitude across the border.”

Drakeford said he was worried that flu would put the health service under even greater pressure this winter.

“The health service is flat out. We’re relying on people who are exhausted and scarred by what they have gone through. Our social care system is under real pressure. We do not have the pool of workers who are able to travel freely from other parts of Europe. All of these things combine to make the social care part of our system challenged. We are right to be anxious.”
#boris johnson  #coronavirus  #johnson  #covid
Add Comment