The company says it is in a good position to navigate the challenges ahead as costs hurt its bottom line in the run-up to the core Christmas season but shares fall sharply as it expects a tough 2023.

Marks and Spencer (M&S) has reported a big dip in profits and warned of a "gathering storm" ahead from rising costs and squeezed consumer budgets.

The chain reported profit before tax and adjusting items of £205.5m for the six months to 1 October.

That was 24% down on the same period last year despite an 8.5% revenue increase across the business.

Total food sales increased 5.6% over the period while clothing and home sales - long a big struggle for M&S - rose 14%.

It hailed its first market share gains in clothing and home since 2012.

But it maintained guidance that full-year profits would fall short of the prior year due to the headwinds the retail sector was facing, including the cost of living crisis, and it expected a "material contraction" in customer demand next year.

Shoppers' disposable income is falling amid the highest inflation for 40 years.

The headwinds also include higher wage and energy costs and a stronger dollar which dents its purchasing power. 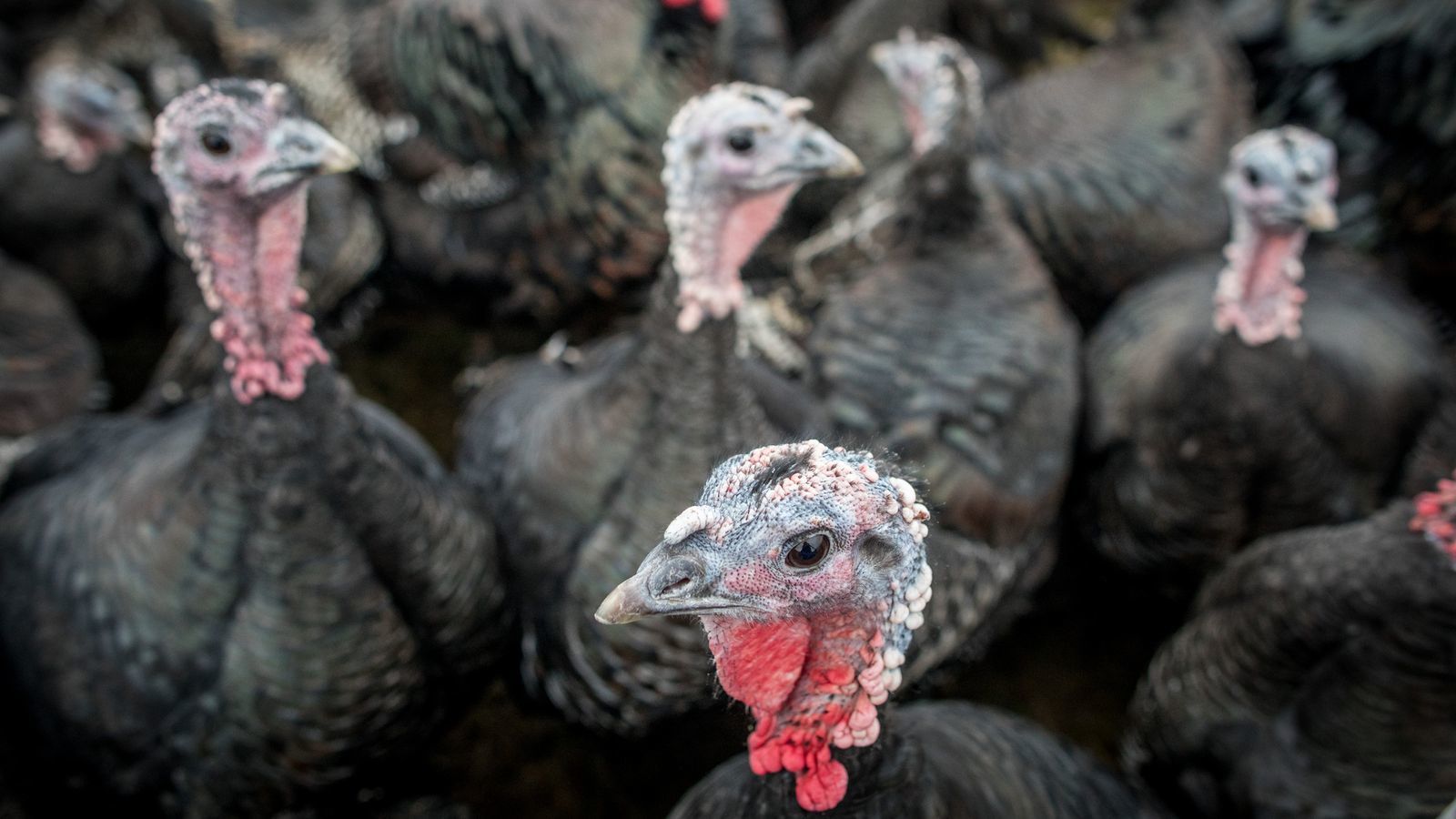 M&S reported strong Christmas food orders and said it did not expect the bid flu outbreak to result in any shortages
The company said it was looking for help on business rates in the coming autumn statement from the chancellor next week.

The profit performance also reflects the lack of business rates relief it received from the government during the COVID pandemic and profit contributions from both Russia and Ocado Retail - the joint online venture with Ocado Group.

The latter made a loss of £700,000 in the first half of the year as delivery volumes declined from their pandemic peak and the business invested in its offering.

The company said its efforts to bring down costs through the exit of non-performing stores, online growth and a reshaped physical retail portfolio was offsetting some of the damage.

It did not anticipate disruption from the avian flu outbreak to turkey supplies in the run-up to Christmas - adding that it had already received strong food orders for the festive season.

That was not helped by the resumption of dividends being deferred.

Chief executive Stuart Machin said: "Trading in the first half has been robust with both businesses growing ahead of the market, reflecting the beginnings of a reshaped M&S."

He added: "Underpinning our business is an improved balance sheet with reduced debt and a strong cash position.

"This progress means we face into the current market headwinds with an increased resilience and level of confidence.

"Looking beyond the current stormy weather, much is in our control and our mandate is clear - to step up the pace, accelerate change, drive a simpler, leaner business and invest in growth opportunities to build a reshaped M&S."

Orwa Mohamad, analyst at Third Bridge, said of its update: "This Christmas will be crucial for M&S.

"A lot hinges on the grocer's ability to persuade people to have a restaurant-like experience at home as they trade down from restaurants and meal delivery.

"The biggest challenge for M&S is shifting its image from an occasion shop to a weekly shop.

"There is a risk that large numbers of infrequent shoppers simply drop the brand from their repertoire as they trim back their discretionary spend."
#covid