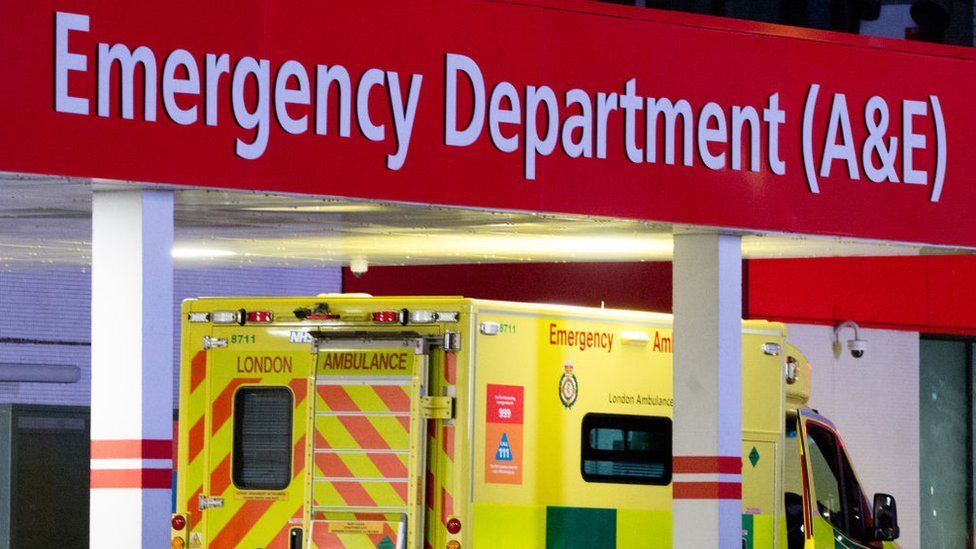 The average response time was around eight and a half minutes in August - the target for urgent calls is seven minutes.

Data also reveals the number waiting for routine operations rose to a record high of 5.6 million in July.

The NHS in England is set to receive an extra £5.4bn over the next six months.

The money has been allocated to help the health service respond to Covid-19, and to tackle the backlog caused by the pandemic. Since it began, hospitals in England have treated more than 450,000 patients with coronavirus.

MPs this week also voted for a longer term plan for a new tax to fund health and social care.

NHS England figures show that waiting times for ambulances were slightly shorter, on average, in August than in July. But they were still more than one minute longer than the seven-minute target for responding to the most urgent calls. 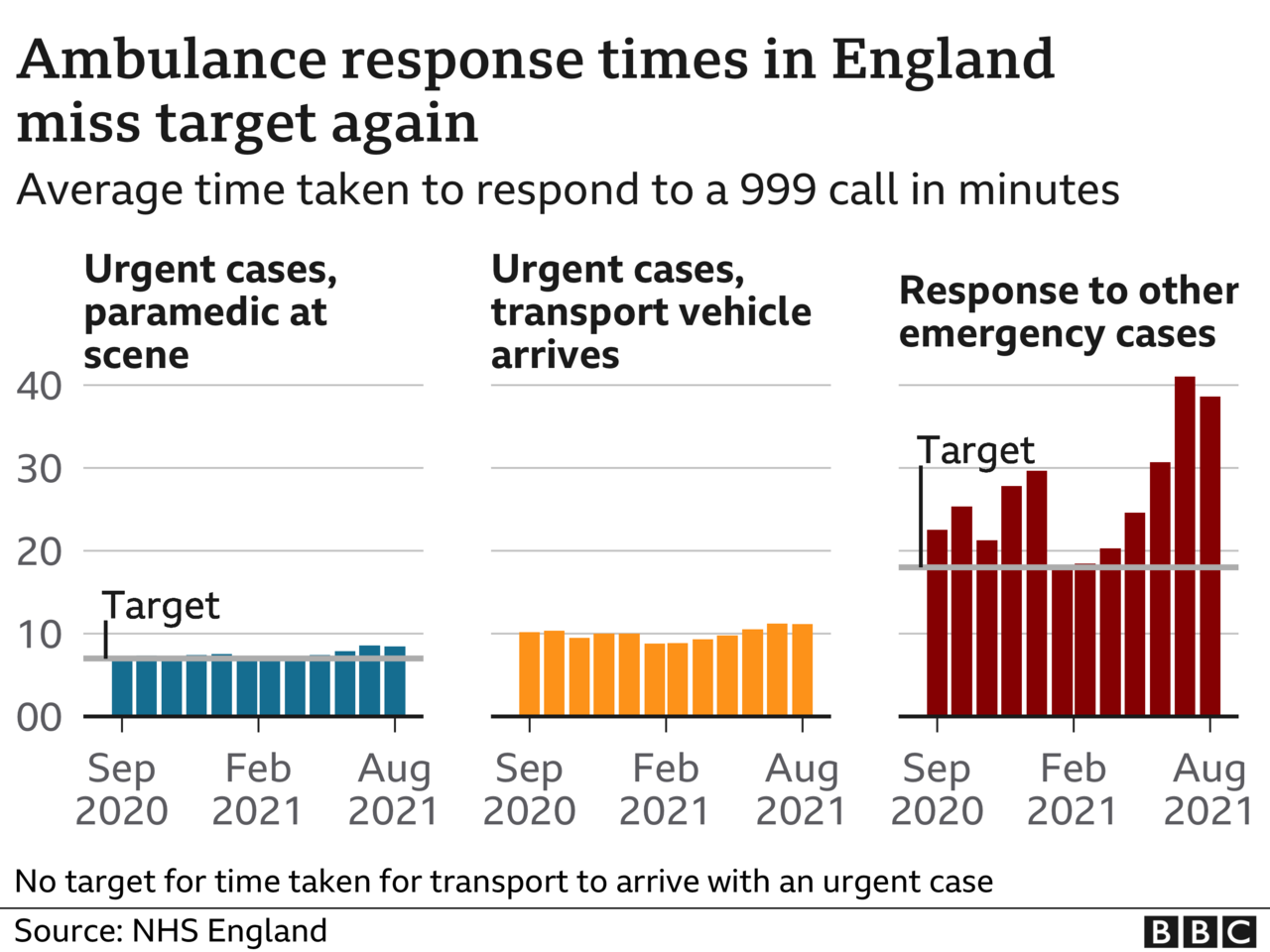 These are for people who are struggling to breathe or have had a cardiac arrest.

The average response time for an ambulance that can take a patient to hospital - rather than a paramedic coming by bike or car - for this category in August was close to the worst on record - 11 minutes 10 seconds.