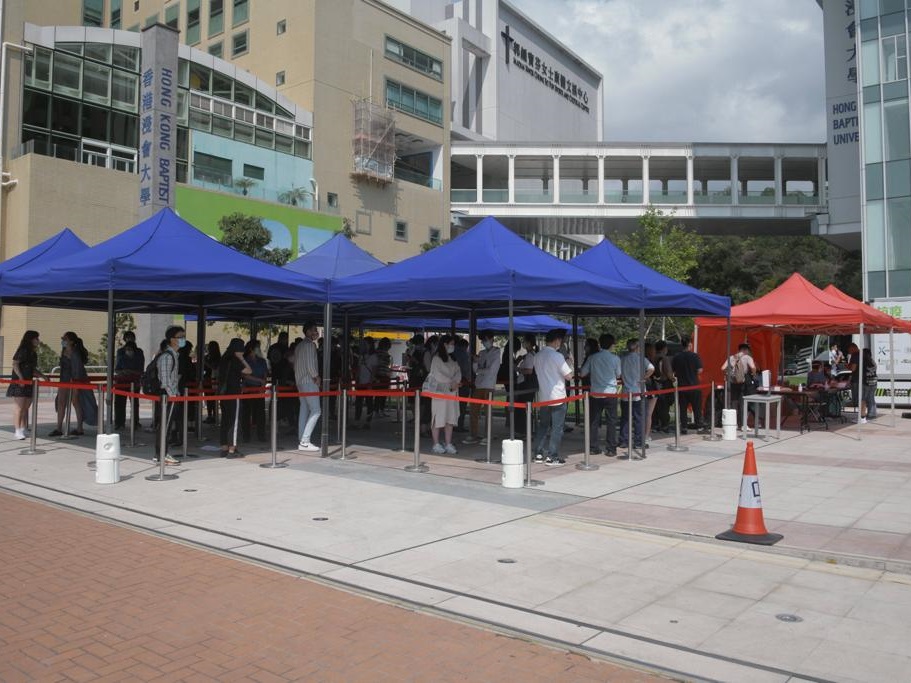 Long queues were seen at the temporary Covid testing site in Baptist University today, with people waiting to get tested after a 22-year-old student was tested positive and was said to have been to three buildings within the campus.

Hundreds of university staffers and students were queuing up at the site this morning, waiting for over an hour to get themselves tested.

The 22-year-old, who lives in Block 7 of Fullview Garden in Siu Sai Wan, last visited the university campus on March 18 and 22.

He had been to three buildings within the campus, namely the Communication and Visual Arts Building, Lui Ming Choi Centre and the Academic and Administration Building.

The three buildings have since been included in the compulsory testing notice, requiring people who have been there for more than two hours between March 16 to 29 to get Covid tests.
#covid
Add Comment