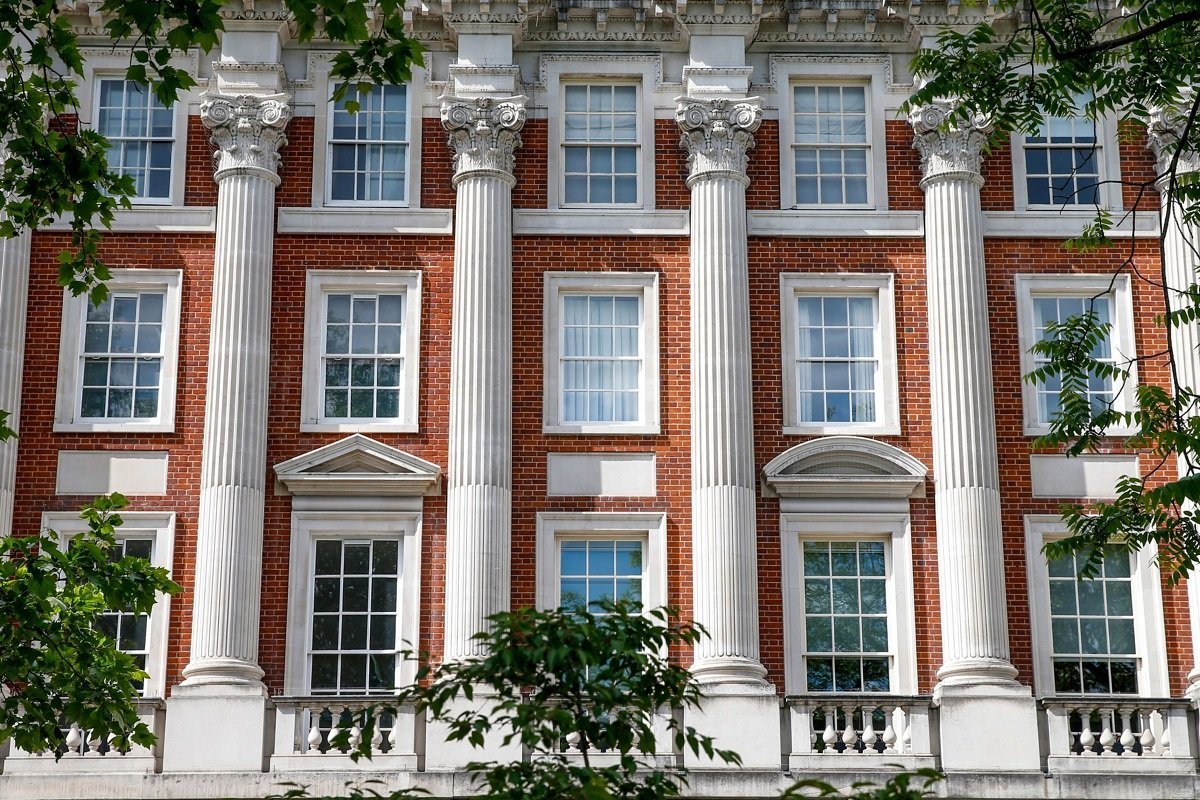 On the edge of London’s Canary Wharf district, the tallest residential skyscraper in western Europe was due to open this year. The Spire London’s hype gushed about the possibility of drones delivering food to residents in between their visits to the tower’s cinema and swimming pool.

Instead, all that’s rising from the board-up site owned by Chinese developer Greenland Holdings Corp. is weeds.

It’s just one cautionary tale for Asian homebuilders who flocked to the city, expecting overseas investors to follow them and buy apartments that locals can’t afford or don’t want. After accounting for two-thirds of land sales by value as recently as 2017, developers from the region have been largely absent since. They failed to buy a single plot of land in the capital through July this year, according to data compiled by Real Capital Analytics Inc. 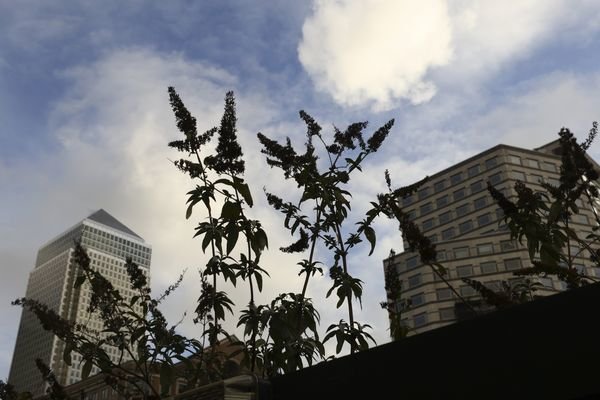 Weeds grow at The Spire London site next to the Canary Wharf district, Dec. 11.

In Greenland’s case, the developer reportedly paused the project in 2018 as the outlook for London property worsened and tall buildings came under increased scrutiny following the Grenfell tower fire that killed 72 people.

“From an international developer standpoint, London is a tricky market to crack,” said Martin Zdravkov, head of U.K. residential investment at LaSalle Investment Management. “The last four or five years have been difficult ones.”

Developers from Asia struggled to secure sales at some projects as the fallout from the 2016 vote to leave the European Union, changing rules around building design and more taxes on foreign buyers damped demand. Now, they face a new headwind: apartment values are falling as the pandemic leads many to reassess where they want to live.

The value of those homes across London fell 40,000 pounds ($54,400) in the year through September, despite a broader U.K. housing boom, as buyers prioritize larger homes with gardens. New home sales in central London are on track to fall to the lowest since 2011, a contrast to the wider city where purchases are up on last year, according to researcher Molior London.

The market for cheaper new homes is stronger because of a stamp duty sales tax holiday and the government’s Help to Buy program, which provides loans for purchasers who only have a small down payment on properties sold for as much as 600,000 pounds.

On Grosvenor Square in London’s Mayfair district, Indian developer Lodha has agreed the disposal of about half of the luxury apartments it’s building at the former Canadian embassy. The homes, replete with an on-site private spa and billiards room, were first offered for sale in 2017. Tax increases and Brexit have made future investment difficult, Gabriel York, co-head of the firm’s U.K. unit, said in an interview.

“It’s affected customers’ behaviors, appetites, desires,” he said in October. “Every time one of these changes is made it causes a six-month pause, as people reflect, ‘what does that now mean for what I want to do.’” The firm still believes in central London, he said.

Asian developers were drawn to the U.K. as the pound weakened following the Brexit vote, while land prices also fell slightly as the economic outlook worsened, according to James Barton, a partner at broker Knight Frank LLP, who traveled to the region at the time to source buyers for sites in the capital.

Even earlier, one of Hong Kong’s richest families took a bite. In west London, the second phase of the Earl’s Court Lillie Square project, part-owned by members of the Kwok family, has yet to sell out -- five years after the 186 homes were first offered for sale. South of the River Thames, the Malaysian developer of apartments and offices on the Battersea Power Station site recently took an impairment charge of 156 million pounds on the project, which is valued at about 9 billion pounds.

In St. John’s Wood, a district favored by American bankers, construction hasn’t even started at a site bought by Malaysian billionaire T. Ananda Krishnan in 2011 for a reported 250 million pounds. There are weeds growing at the front of the plot, a former barracks.

Larger developments like Lillie Square and Battersea are suffering because of the tax changes for overseas buyers, according to Camilla Dell, managing partner at buying agent Black Brick Property Solutions. “That part of the new development market in London is challenged and has the potential for price falls,” she said.

Greenland, which has almost sold out its Ram Quarter project in Wandsworth, did not reply to questions. Kwok’s flagship developer Sun Hung Kai Properties Ltd. declined to comment and Krishnan wasn’t reachable.

There is one big positive trend for Asian-based developers. The U.K. will introduce a new route to citizenship for almost 3 million people in Hong Kong in January, which may boost demand.

The number of new London homes sold overseas rose to 860 in the third quarter, a 40% increase on the fourth quarter of last year, the last period before the pandemic disrupted sales, according to Molior.

Still, missing out on the rush to purchase homes during the stamp duty tax holiday could prove damaging for some developers, given the outlook for sales next year is poor. An additional 2% levy on overseas buyers is due to be introduced in April, the same month the jobs furlough support programs that have kept millions in employment are due to end.

Brexit is also expected to hurt the economy after Britain formally leaves the EU’s single market on Jan. 1. Bloomberg Economics estimates the new frictions mean growth will be 0.5 percentage points lower a year for the next decade than if the U.K. had stayed in the bloc.

Some projects would have struggled regardless because developers read the market wrongly or didn’t pick the right location, according to Peter Rees, Professor of Places & City Planning at University College London.

“Brexit and Covid-19 are being used as convenient excuses for the failure of ill-conceived development projects,” he said.