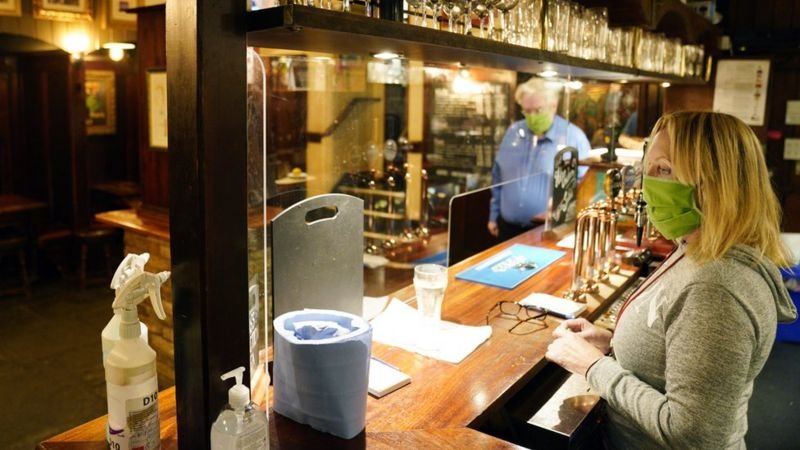 Tougher Tier 2 Covid restrictions will put up to 250,000 jobs at risk in London's hospitality sector, according to the industry's trade body.

From Saturday, households will not be allowed to mix indoors, including in pubs and restaurants.

UK Hospitality chief executive Kate Nicholls said that without additional government support thousands of jobs in the capital will go.

"It will be absolutely catastrophic," she told the BBC.

Ms Nicholls has written to the Mayor of London, Sadiq Khan, warning that elevating the capital's coronavirus risk level "will be incredibly damaging without additional financial support".

She said hospitality businesses should be excluded from paying for part of the new Job Support Scheme (JSS), which replaces furlough in November.

Under JSS, a company pays up to 55% of an employee's wage with the government contributing 22%. To access the scheme, a person will also have to work at least a third of their normal hours.

Businesses that have to shut under the more stringent Tier 3 restrictions - such as those in Liverpool - will see the government pay 67% of a worker's wage. The employer does not have to pay towards the salary.

Ms Nicholls said: "It is imperative that the employer contribution of the Job Support Scheme is removed from all hospitality businesses, as all are facing restrictions.

"From 1 November it is really uncertain whether our businesses will be able to access the new Job Support Scheme but in any case that requires businesses to be able to pay 55% of wages and hospitality just can't afford to do that with no revenues.

"So you've got a real squeezed middle in Tier 2 with next to no help, maximum restrictions and no alternative but job losses."

The hospitality sector has been one of the worst hit by the pandemic and many firms are cutting jobs as the current furlough scheme winds up at the end of October.

On Thursday, pub group Marston's said it would axe up to 2,150 furloughed jobs following new restrictions to curb the spread of the coronavirus.

The company said that since 4 July it had reopened 99% of its pubs and "consumer confidence increased steadily throughout July, August and into September".

However, it said new restrictions such as the 10pm curfew, table-only service and the closure of pubs in some areas of Scotland had undermined consumer confidence.

Analysis: The shape of things to come 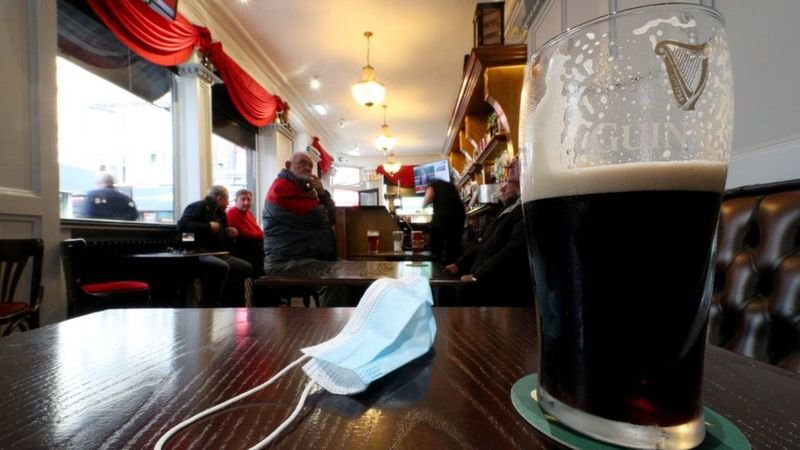 It's inevitable that we'll see more businesses follow in Marston's footsteps in the coming days and weeks.

When the government's furlough scheme ends this month, businesses are likely to let people go as they simply can't afford paying their wages without the same level of state support.

For those companies in the harshest restriction zones, the government has said it will provide two-thirds of workers' wages if they're forced to shut down. But for Marston's, the less generous offer isn't enough for them to keep many of their staff on their books.

No trade for weeks, and now another forced lockdown is destroying not just businesses but the lives of those who once worked for them.

Commenting on how restrictions had impacted its business, Marston's said it has 21 pubs in Scotland, of which eight are currently closed. It also has 18 pubs in the "highest risk" Liverpool region, the majority of which can serve food so therefore can remain open.

"The additional restrictions which have been applied across the UK most recently present significant challenges to us and will make business more difficult for a period of time," said Marston's boss Ralph Findlay.

He said he regretted the job cuts, but that they were "an inevitable consequence of the limitations placed upon our business".

In the 13 weeks since reopening, Marston's said sales were 10% below last year. July recorded the biggest fall, with sales down 26% before turning positive again in August. However, in September, trade dropped by 12%.

Mr Findlay also said the company was looking at further reducing its costs and is undergoing a review which will be completed in December.

Earlier this week, Mitchells & Butlers said it had begun consultations with some employees about redundancies. Greene King meanwhile has said it will cut 800 jobs blaming tighter lockdown restrictions.