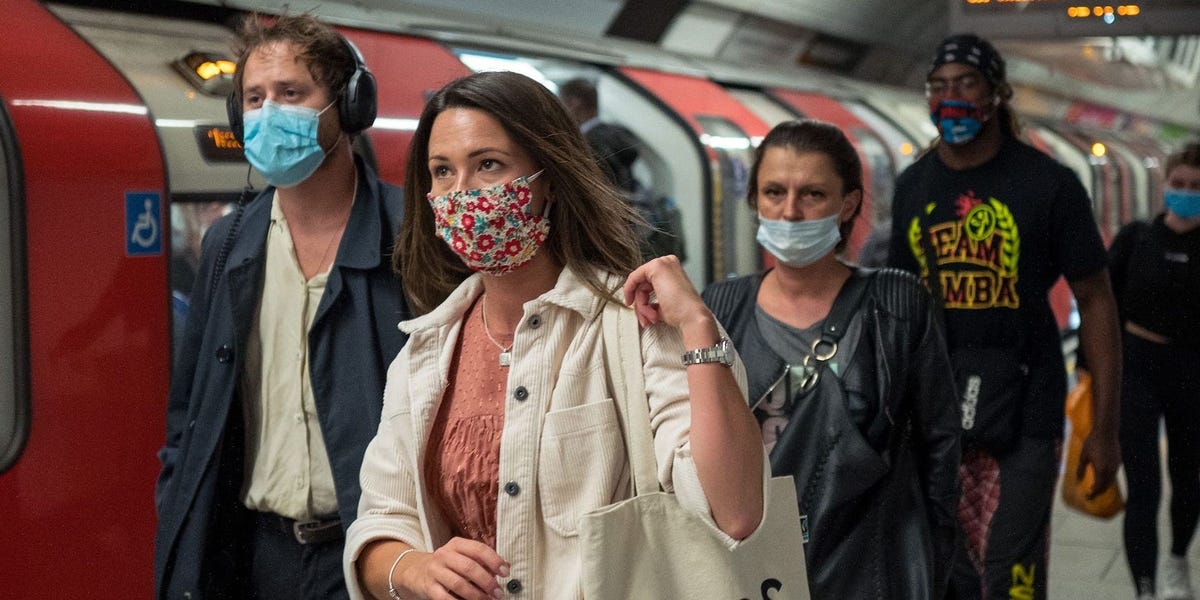 London could soon be placed under lockdown if measures which Boris Johnson introduced this week do not prove effective in curbing the rapid rise of coronavirus infections in the capital.

Health officials recorded 6,178 new Covid-19 cases across the UK on Wednesday, up by 1,252 on Tuesday's figures, as the virus continues to spread rapidly in every part of the country.

Boris Johnson on Tuesday said all pubs and restaurants would be forced to close at 10pm. But scientists who advise the government on their coronavirus response have warned such measures will not be enough to contain the virus.

Kevin Fenton, director of Public Health England, warnedthat the virus was particularly prevalent in London and said the situation there threatened to "escalate." He warned that the outbreak in London appeared to be as serious as that of northeast England, where the outbreak has been most severe within the UK.

"We are seeing a rising tide of coronavirus cases in London across a broad range of ages. This is no longer limited to young people in their twenties," he said in a statement.

Fenton said that "whilst the number of cases by borough varies, the general trend across the city is one of steadily increasing transmission and if that continues then the situation may escalate."

Separately, Fenton warned in a private briefing with London council leaders this week that there was a "rising tide of coronavirus" in the capital, according to a Times of London report.

One council leader present at the meeting said: "Our epidemic is as developed as the north. There's a consensus a lockdown is coming."

The council leader said that London was in a precarious situation because testing in the city had "completely collapsed."

Sadiq Khan, the mayor of London, warned on Wednesday that London was facing "additional measures" to try and contain the spread of the virus.

"It is clear that London has unique needs and challenges and additional measures need to be examined which are suitable for the capital," said a spokesman for the mayor.

They did not specify what such measures could be.

The Scientific Advisory Group for Emergencies (SAGE) group of scientists, which advises the government on its Covid-19 response, did not even model the effect of the 10pm curfew, the Times reported.

Professor John Edmunds, who sits on SAGE, said even Scotland, where household mixing has been banned, had probably not introduced strict enough measures to curb the virus.

"We have to put stringent measures in place," he told BBC Radio 4's Today programme on Wednesday.

"To slow the epidemic and bring it back down again, somewhere close to where it is now, will mean putting the brakes on the epidemic for a very long time, very hard — which is what we had to do in March, because we didn't react quick enough in March."

"And so I think we haven't learnt from our mistake back then and we're unfortunately about to repeat it."
Add Comment