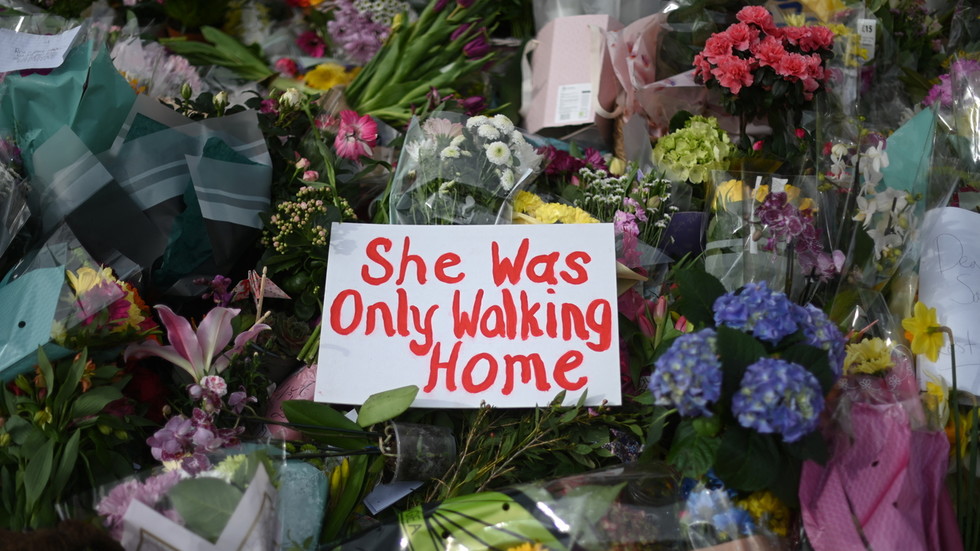 London police officer Wayne Couzens has pleaded guilty to killing Sarah Everard in March. He faces life in prison and will be sentenced in late September.

Couzens admitted to murdering Everard in a London court on Friday, Carolyn Oakley of the Crown Prosecution Service has said. He pleaded guilty to kidnapping and raping Everard at a hearing last month.

A defence lawyer, Jim Sturman, was quoted by UK media as saying that Couzens was remorseful for his actions and “will bear the burden for the rest of his life – his words: ‘as I deserve.’” The defendant faces a mandatory life prison sentence.

Everard, a 33-year-old marketing executive, vanished on March 3 when walking home after visiting a friend in South London. Her body was discovered a week later in woodland near Ashford in Kent. The post-mortem examination found that she had died from compression of the neck.

Couzens was serving with the police’s elite parliamentary and diplomatic protection unit when he abducted Everard. He initially claimed to have handed the woman over to an Eastern European gang that supposedly wanted retribution from Couzens for underpaying a sex worker they controlled.

Prosecutor Tom Little said that Couzens and Everard were “total strangers to each other.” The defendant will be sentenced on September 29, the judge in the case has said.

Everard’s murder sparked massive outrage in the UK and led to discussions about women’s safety.

Vigils were held in Everard’s memory, including an event in Clapham Common, London that was broken up by police for violating Covid-19 restrictions. The rough treatment of vigil attendees, many of whom were women, led to criticism of the Metropolitan Police and calls for the resignation of its chief, Cressida Dick.
#covid 19  #covid
Add Comment