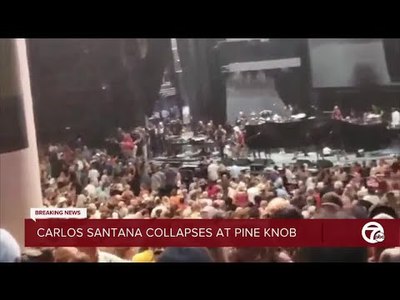 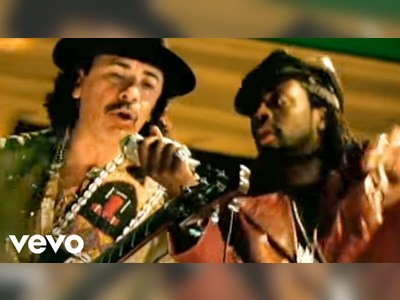 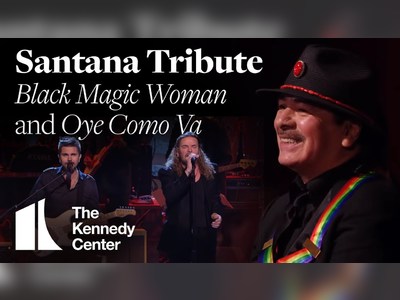 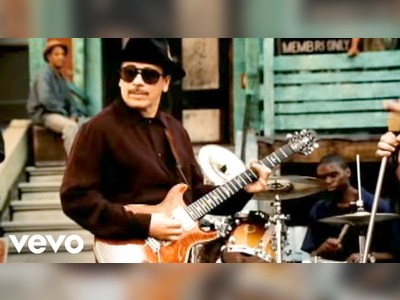 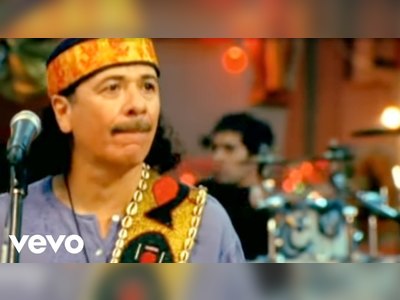 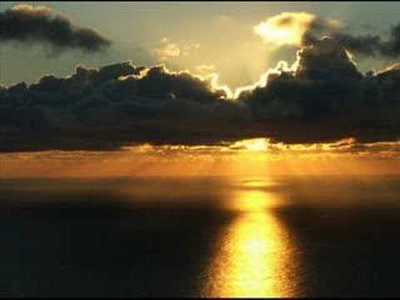 Legendary US guitarist Carlos Santana has collapsed on stage during an open-air concert near Detroit, Michigan. Medical personnel treated the 74-year-old in Clarkston on Tuesday, and he was taken to a local hospital's emergency department for observation.

Santana, who was born in Mexico, later wrote on his Facebook page that he "forgot to eat and drink water" and "so I dehydrated and passed out".

His manager Michael Vrionis said the musician was doing well.

However, he added that a show planned for Wednesday in Burgettstown, Pennsylvania, "will be postponed to a later date".

Footage has emerged showing Santana being helped off stage at Clarkson's Pine Knob Music Theatre. In the video, the star waved to the audience as he was wheeled away on a stretcher.

Representatives for the 10-time Grammy Award winner said he was suffering from "heat exhaustion and dehydration".

The guitarist and his band Santana have been touring in North America with their Miraculous Supernatural show.

They rose to fame in the 1960s and 70s, pioneering a fusion of rock 'n' roll and Latin American jazz.

Among the band's biggest hits are Black Magic Woman, The Game of Love and Oye Como Va.

Today, Santana is considered one of the greatest guitarists of all time, thanks to a distinctive style characterised by long, sustained notes, dextrous runs and Latin rhythms.

In 1998, he was inducted into the Rock and Roll Hall of Fame. In 2015, Rolling Stone magazine ranked him 20th on a list of the 100 greatest guitarists of all time.

Last February, Santana and other members of the band tested positive for Covid and had to cancel several shows.

In December, the guitarist cancelled a number of performances in Las Vegas after he had an unspecified and unscheduled heart procedure.
#facebook  #covid