One of two former editors of the now-closed Stand News website secured bail on Monday after the pair requested a permanent stay of proceedings in their trial for sedition on the grounds of a violation of Hong Kong’s prosecution rules.

Former acting editor-in-chief Patrick Lam Shiu-tung, 35, was granted bail at the District Court on Monday after a lawyer for he and his predecessor, 53-year-old former editor-in-chief Chung Pui-kuen, applied for the trial to be terminated.

Senior counsel Audrey Eu Yuet-mee, for the defence, said on Monday prosecutors had failed to disclose six boxes of unused documentary evidence amounting to more than 1,500 pages until their existence was revealed during the cross-examination of a police witness last week.

“Not only did the prosecution contravene the prosecution code, which requires the submission of all of its evidence to us, it also went against the court’s direction in the pretrial stage … This situation is not of our own making,” Eu said. 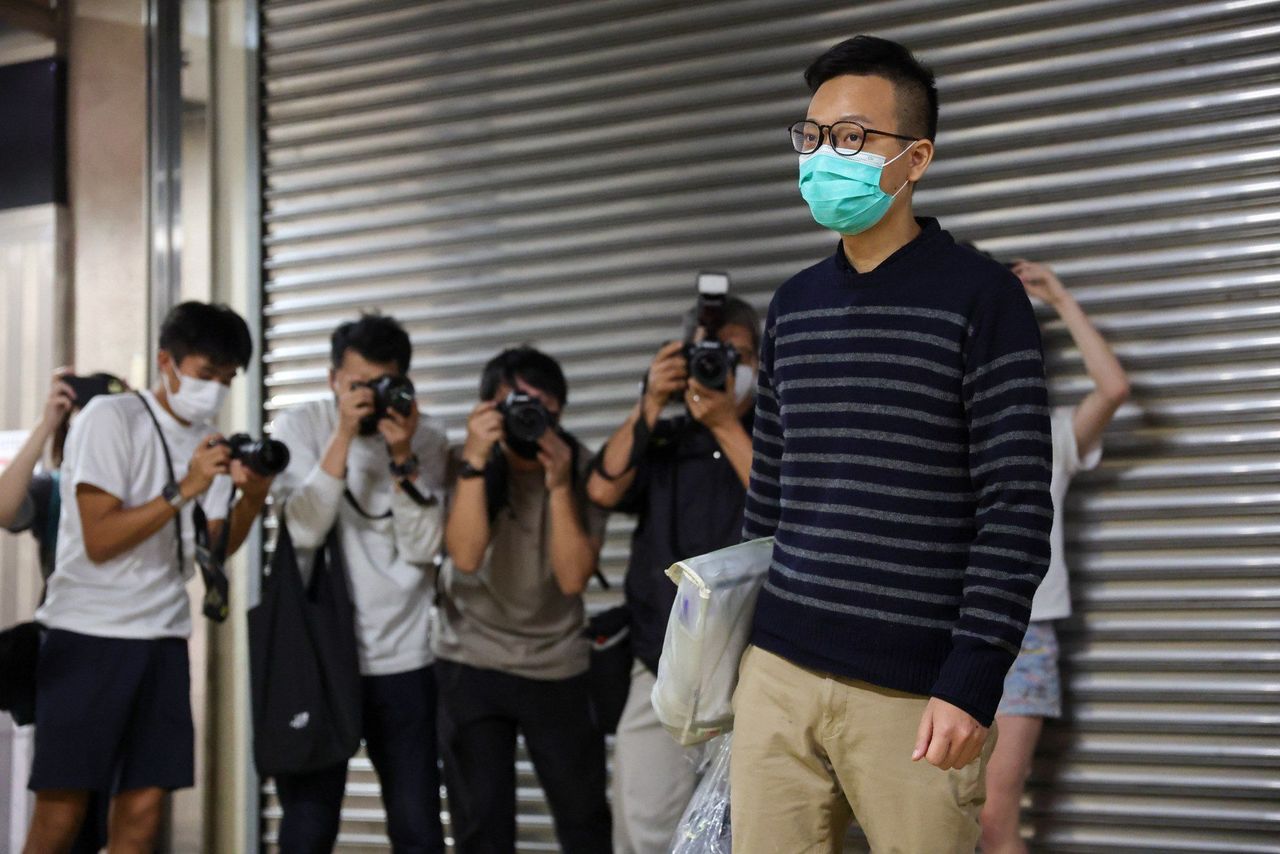 Former Stand News acting editor-in-chief Patrick Lam leaves Wan Chai Court after he was granted bail.
District Judge Kwok Wai-kin, one of the few jurists hand-picked by the city’s leader to oversee national security cases, said the defence should be given sufficient time to prepare submissions in light of “a change of circumstances”.

“The present case should be dealt with expeditiously. I agree that if the defendant remained in custody, and the defence needed to take instructions from behind bars, the defence’s application would be hindered,” Kwok said.

“I am satisfied that the defendant will not continue to endanger national security, while [the bail conditions] can make sure that he returns to court.”

Lam had spent 11 months in custody before Monday’s bid for bail. Chung did not apply for bail. The two were remanded in custody last December on the grounds that they posed a national security threat.

The pair were charged with conspiracy to publish and reproduce seditious publications between July 2020 and December last year. They face up to two years imprisonment if convicted.

The court also recorded a not guilty plea from Best Pencil HK Ltd, Stand News’ holding company, which is not represented in the proceedings.

Prosecutors in their opening statement last week accused the online news platform of backing “criminal” political ideologies with the publication of 17 allegedly seditious articles said to have attacked Beijing, the city administration and the national security law.

The articles were among a total of 30 reports examined by the police’s national security department in preparation for the case, the prosecution said.

But an investigator testified last Friday that police had made screen captures of more than 300 Stand News stories in June 2021 after they were given information the site would remove some of its articles in the wake of the high-profile arrests of five senior executives at the Apple Daily newspaper, also now closed.

The evidence caught the court by surprise and prosecutor Laura Ng Shuk-kuen admitted she had only realised the existence of the 300 backups during the trial.

Eu complained the prosecution had failed to discharge their “very basic” duties by giving the defence all the relevant material, including unused evidence.

She also questioned the police criteria for singling out the 17 articles, but turning a blind eye to the majority of “fair” reports.

But Ng insisted the additional evidence was unlikely to assist the defence, and that the defendants were unlikely to secure a permanent stay of proceedings.

Kwok bailed Lam pending the application to call off the trial, despite objections by the prosecution.

In applying for bail, Eu revealed Lam had had a serious medical condition which largely weakened his immune system.

The court heard the former editor, who also suffers from thalassemia, had undergone multiple surgeries since early 2020 and taken more than 60 days’ sick leave from the Stand News office. He was also deemed unfit to receive Covid-19 vaccinations due to his ill health.

He was also ordered to surrender his passport, barred from leaving the city and told to report to police once a week.

Lam was told not to change his home address or give media interviews.

The judge also warned Lam against doing anything that could reasonably be seen as constituting a national security offence, or organising or taking part in activities “resisting the central authorities”.

The court will hear arguments on the application to stay the proceedings on December 13.

The trial will resume on December 19 if the application is unsuccessful.
#covid 19  #covid