Three Hong Kong judges have backed a human-rights activist’s bid to ask for recognition of his New York-registered same-sex marriage after his request for marital benefits in line with opposite-sex couples was twice turned down by city courts.

The Court of Appeal on Thursday granted detained activist Jimmy Sham Tsz-kit a certificate to allow his last attempt to win full rights for married same-sex partners at the Court of Final Appeal.

The move came after Sham, 35, asked for a judicial review in 2018 in an attempt to get a declaration that Hong Kong laws violated a constitutional right to equality by its recognition of foreign opposite-sex marriages but not same-sex ones.

But the Court of First Instance dismissed the application in September 2020 and a ruling by the lower appeal court in August upheld the initial judgment. 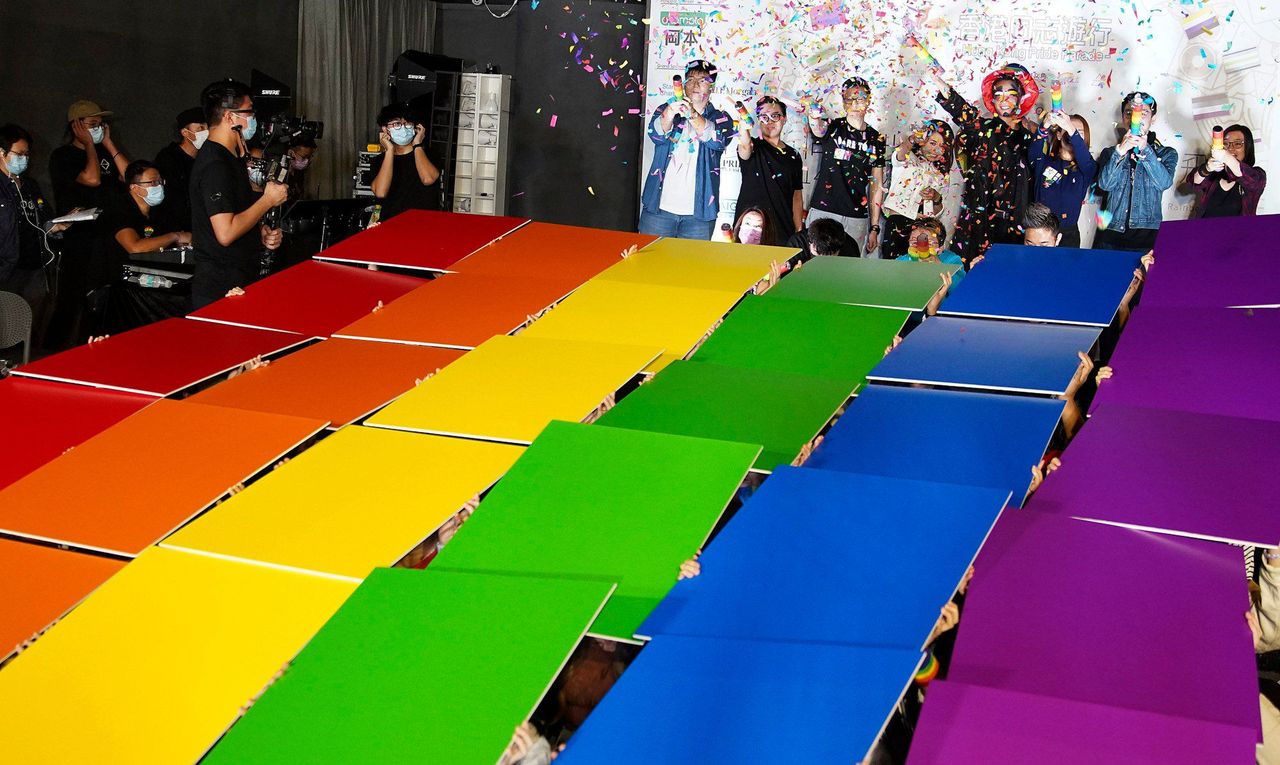 The opening ceremony of the 2020 Hong Kong Pride parade at the Fortune Metropolis in Hung Hom, although the format was restricted because of Covid-19 precautions.
Chief Judge of the High Court Jeremy Poon Shiu-chor, and Susan Kwan Shuk-hing and Carlye Chu Fun-ling, vice presidents of the appeal court, ruled that marriage was the preserve of opposite-sex couples and the government had no obligation to recognise same-sex unions.

But Sham’s counsel asked the panel of judges to approve an application for a final appeal, which has been granted.

The three judges said in a written decision that they were satisfied the questions that the case raised were of great public importance and should be determined by the city’s highest court.

“Having considered their submissions, we are inclined to think that the applicant has met the threshold they are reasonably arguable, even though we do not consider the arguments to be particularly strong,” the ruling, which did not identify its author, said.

Hong Kong only recognises same-sex marriage for limited purposes such as taxation, inheritance rights and civil service benefits. The concessions were mostly achieved through legal action taken over the last few years.

The government has still to carry out a wider review of its policies on same-sex unions.

The top court will be asked to decide whether the exclusion of same-sex couples from marriage and a failure to provide an alternative legal recognition of same-sex partnerships violated the right to equality and privacy enshrined in the Basic Law, the city’s mini-constitution.

The appellant’s counsel, as a fallback position, is also seeking the court’s determination on whether a failure to recognise same-sex marriages carried out overseas constituted a breach of the Basic Law.

Sham, a former convenor of the now-disbanded Civil Human Rights Front, married in the United States in 2013.

He is at present in custody facing subversion charges in connection with allegations he took part in an unofficial legislative primary election in 2020.

Sham and 29 other people have indicated their wish to plead guilty. A further 17 defendants who have denied the offence will stand trial early next year.
#covid 19  #covid