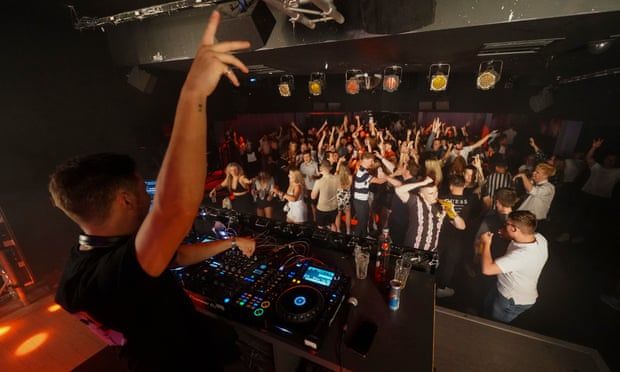 Rebel Tory MPs set to be joined in no lobby by Labour, which is calling for testing to gain access to nightclubs

Boris Johnson faces a tight vote over plans to make Covid certificates compulsory for nightclubs, after Labour said it was prepared to vote against the proposal unless testing status was also accepted.

The prime minister announced this week that the government planned to make it mandatory for members of the public to prove they had been double-jabbed before entering crowded indoor venues from the end of September.

The move, aimed at boosting vaccine takeup among younger adults over the summer, sparked a furious response from some Conservative MPs, who are expected to be joined in the no lobby by Labour.

A spokesperson for the Labour leader, Keir Starmer, said: “We oppose the use of Covid vaccination status for everyday access to venues and services. It’s costly, open to fraud and is impractical.

“Being double-jabbed doesn’t prove you aren’t carrying the virus. Testing for access to venues would be more efficient, and would give people and businesses more certainty.”

With the Lib Dems also vehemently opposed to the plans, Labour’s opposition could deprive the prime minister of his Commons majority, and make it impossible for the government to go ahead. 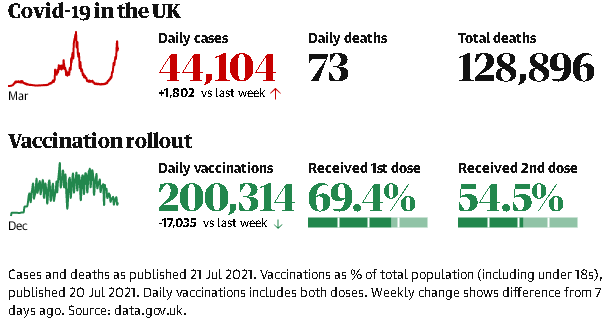 It is understood that Labour would be keen to have mandatory testing introduced immediately.

A Labour source said: “We’ll have to see what the government puts on the table, but we’re saying if you go to a nightclub, there should be a testing policy, and that should be in place now.”

Pointing to the case of the health secretary, who has received both doses of the vaccine but tested positive for Covid last weekend, the source added: “Sajid Javid shows you cannot just rely on being double-jabbed.”

Johnson unexpectedly announced the vaccine passport plan on Monday in a press release broadcast from Chequers, saying he had particular concerns about the risks posed by nightclubs.

But the government has subsequently not ruled out introducing mandatory Covid passports for other crowded indoor venues such as pubs – something the prime minister said he was keen to avoid if possible.

The government had previously backed away from the idea of compulsory Covid certificates, in part because of fears about lack of backbench support.

The idea was examined by Michael Gove’s Cabinet Office for several months, as part of one of the reviews launched when Johnson’s Covid roadmap was announced in February.

Showing testing status was originally envisaged as part of the plan – but Johnson said that once all adults had been offered the opportunity to have two jabs, it was reasonable to bar those who had not taken up the offer from crowded venues.

“I should serve notice now that by the end of September, when all over-18s will have had their chance to be double-jabbed, we are planning to make full vaccination the condition of entry to nightclubs and other venues where large crowds gather,” the prime minister said.

Nightclubs were allowed to reopen on Monday – dubbed “Freedom Day” – as almost all Covid restrictions were lifted. But the government’s language has become increasingly cautious in recent weeks in the face of rapidly rising cases and hospitalisations.

Ministers have noticeably stopped using the word “irreversible” to describe the changes in recent days.

Johnson’s spokesperson insisted on Wednesday that hospitalisations remained within the range projected by the government’s scientific advisers, but said the government would keep “backstop measures” in reserve in case the situation deteriorated.