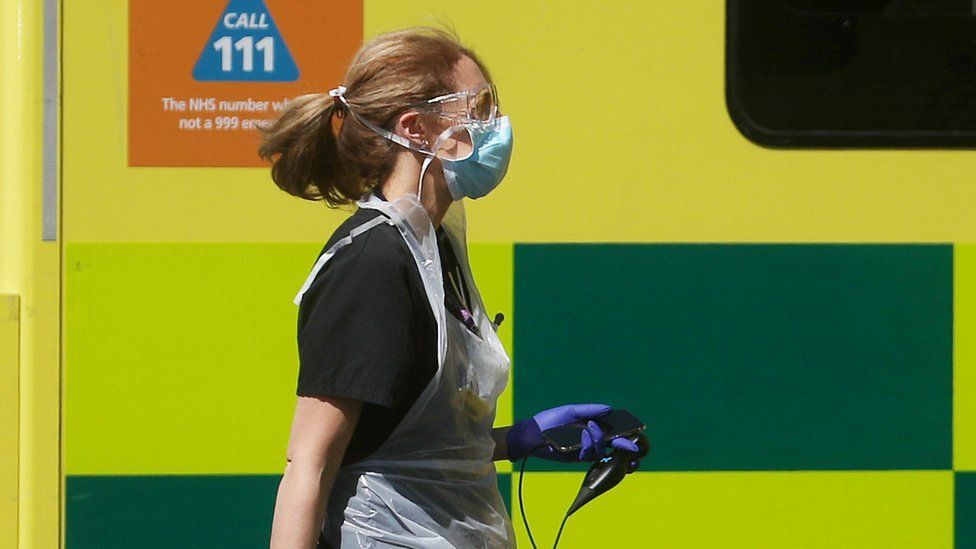 Labour is calling for ministers to publish all contacts and links they have with firms awarded government contracts during the Covid crisis.

In March 2020, emergency measures let the government speed up buying things like PPE and ventilators by directly awarding contracts rather than tenders.

But since then, ministers have faced accusations of offering a "VIP fast-track" to the contracts for friends.

The government said "due diligence is carried out on every contract".

The call comes as a lobbying row continues to surround Westminster, following revelations that former prime minister David Cameron texted ministers on behalf of a firm he worked for - Greensill Capital - during the crisis.

Last week, the BBC also revealed that businessman Sir James Dyson directly texted Boris Johnson about tax issues during the pandemic, which the PM then said he would "fix".

In the months following coronavirus hitting the UK in 2020, the government awarded thousands of contracts to private companies, spending billions of pounds of public money in the process.

They covered everything from masks, gowns and gloves, to services such as researching public opinion about the government's Covid measures.

But rather than going through the usual competitive tendering process for such contracts - which can take months or even years - the government was allowed to go directly to a preferred supplier without any competition, speeding up the process.

Since then, questions have arisen over the decisions made by government, with accusations from Labour of "cronyism" and investigations by the BBC and others showing links between some of the firms and Whitehall.

A case is also going through the High Court - brought forward by the Good Law Project - arguing that several of these deals were handled as part of a so-called VIP lane, reserved for leads endorsed by government officials or politicians.

A Downing Street spokesperson said: "We have been dealing with an unprecedented global pandemic and our approach throughout has been to act quickly to save lives, and we make no apology for that."

While the government had to award contracts at speed, "due diligence is carried out on every contract" and "ministers have no role in awarding them", the spokesman said.

Number 10 said it is committed to transparency in procurement and notices of contracts awarded are published online.

Labour is now calling for all ministers to publish any communications they had with their business contacts or links who were awarded contracts over the pandemic under the emergency rules - as well as details of any firms who were part of the "VIP fast track".

Shadow Chancellor of the Duchy of Lancaster, Rachel Reeves, has written to her government counterpart, Michael Gove, saying there is "a growing impression that there is one set of rules for ministers and their close friends, and another for the rest of the British public".

As well as details on ministers and their contacts, she asked Mr Gove when the prime minister would share his own messages with Mr Dyson and other business leaders - which he pledged to do last week - and when a new independent advisor for ministerial standards would be appointed, following the resignation of Sir Alex Allan in November 2020.

In a statement, Ms Reeves added that there was an "increasing spread of Tory sleaze" creating "increasingly serious questions for government".