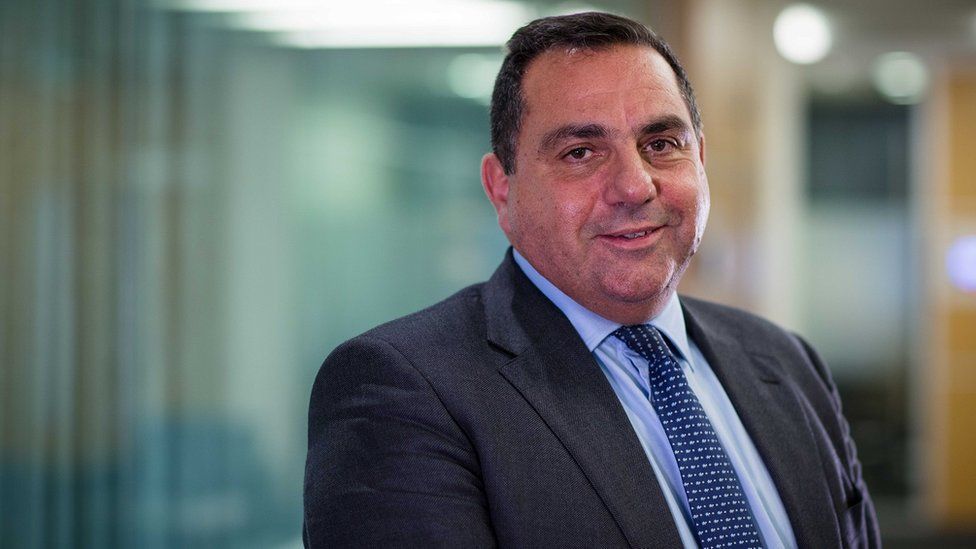 The UK boss of KPMG will step aside while the accountancy giant investigates offensive comments he allegedly made at a meeting on Monday.

Bill Michael reportedly told consultants to "stop moaning" about the impact of the pandemic and lockdown on people's lives, and to stop "playing the victim card".

He later apologised, saying the comments did not reflect his beliefs.

But KPMG said an "independent investigation" had begun.

"Mr Michael has decided to step aside from his duties as chair while the investigation is underway," a spokeswoman said.

"We take this matter very seriously and will not comment further while the investigation is ongoing."

According to the Financial Times, which first reported the story, about 500 KPMG staff attended the virtual meeting on 8 February.

After Mr Michael's alleged comments, staff reportedly complained on an app used to post comments anonymously during the meeting.

Some said they were disappointed by Mr Michael's suggestion that staff needed to stop complaining and work harder, the FT reported.

Others were allegedly angry that he had dismissed concerns about potential cuts to staff bonuses, pay and pensions.

Mr Michael's comments were particularly badly received after a staff poll at the beginning of the meeting, which showed a high percentage of consultants were struggling to cope during the pandemic, the FT said.

On Tuesday Mr Michael said: "I am sorry for the words I used, which did not reflect what I believe in, and I have apologised to my colleagues.

"Looking after the wellbeing of our people and creating a culture where everyone can thrive is of critical importance to me and is at the heart of everything we do as a firm."

Mr Michael, who was hospitalised with Covid-19 last year, has presided over a rocky period at KPMG.

The firm has faced scrutiny over its audit of Carillion, the government contractor that collapsed under £1bn of debt in 2018. There have also been claims from some staff of a toxic work culture.

Sales for the year slumped 4% to £2.3bn as the company's clients cut back expenses amid the pandemic.
#covid 19  #covid
Add Comment