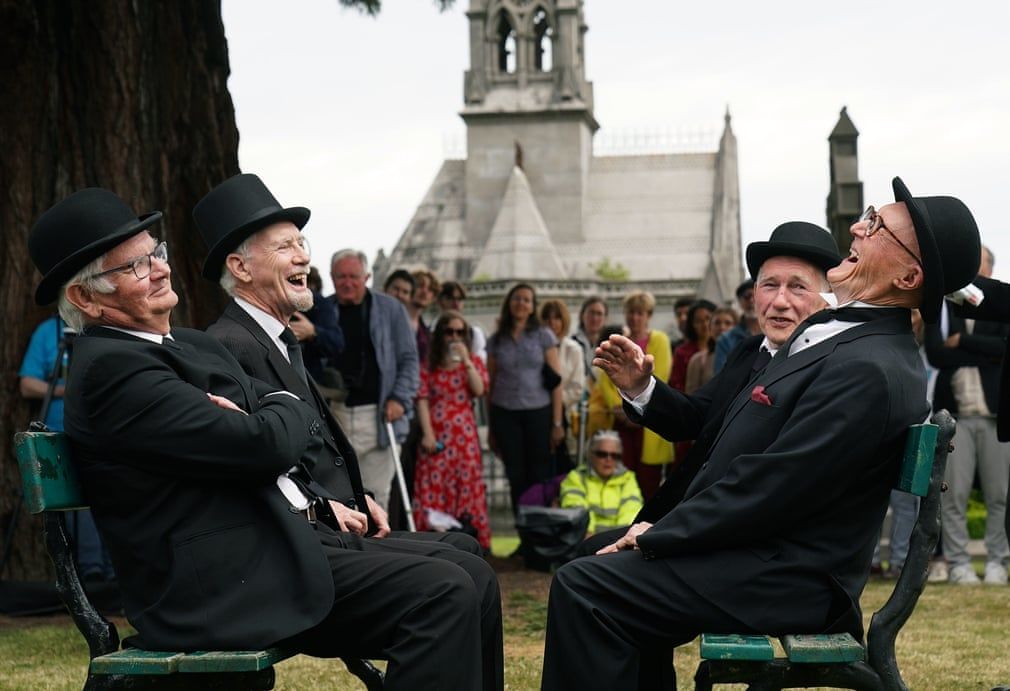 Dublin, Ireland : Members of the Joycestagers during their reenactment from the ‘Hades’ chapter of Ulysses at Glasnevin Cemetery, as part of the annual Bloomsday celebrations. Bloomsday is a celebration of the life of Irish writer James Joyce, observed annually worldwide on June 16, the day his 1922 novel Ulysses takes place in 1904, the date of his first outing with his wife-to-be Nora Barnacle. The day is named after its protagonist Leopold Bloom 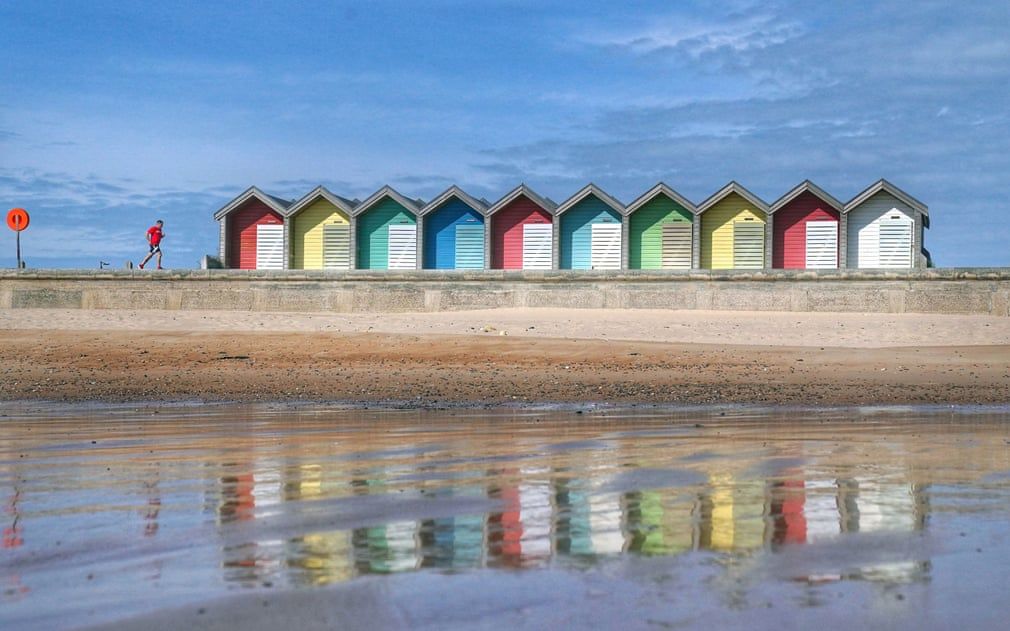 Blyth, UK : A runner out in the sunshine at the beach in Northumberland, on what is forecast to be one of the hottest days of the year 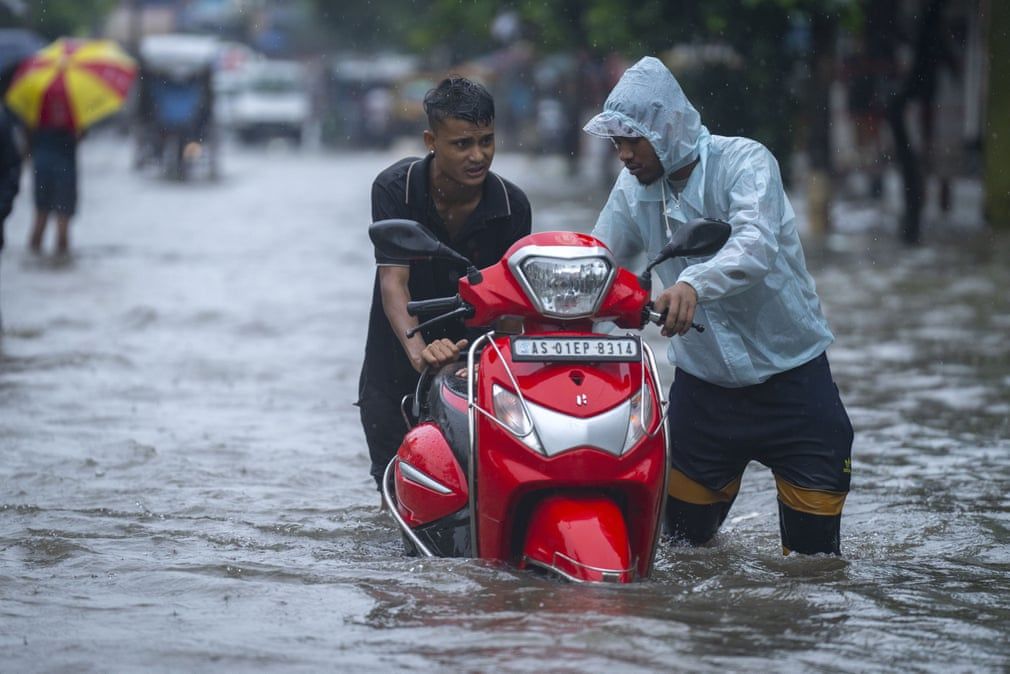 Guwahati, India : Men pull a scooter through a flooded street during heavy rainfall 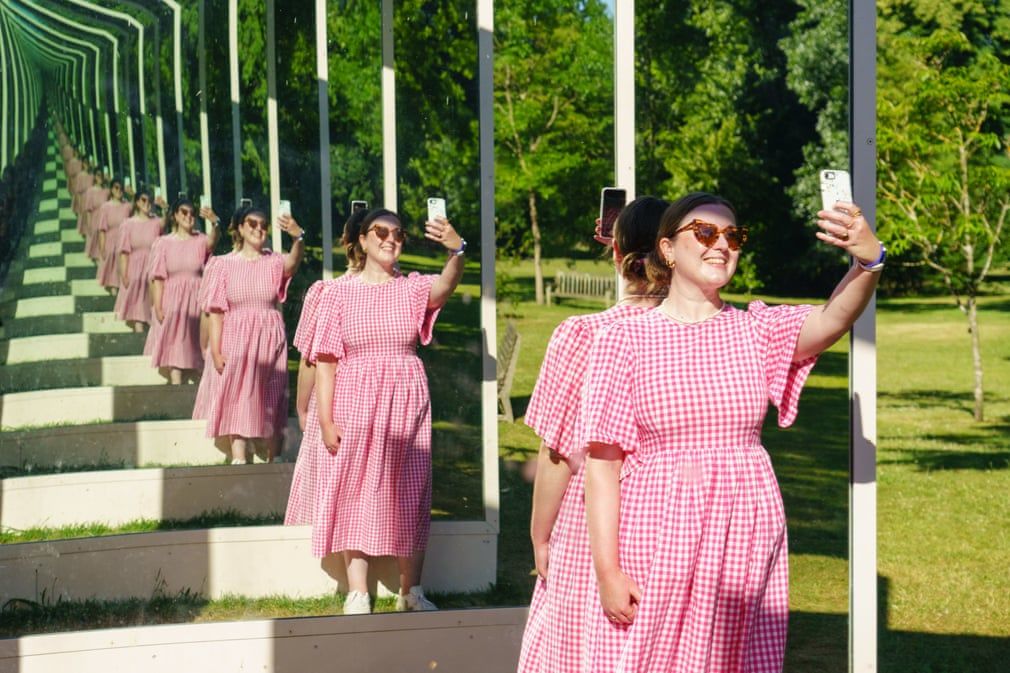 London, UK : A visitor takes a selfie with ‘The Breach’ by Leandro Erlich, during a photo call for Kew Gardens’ forthcoming ‘Food Forever’ exhibition, examining the fragile future of food and the impact of our day-to-day eating habits on the planet, at the Royal Botanic Gardens, in Kew 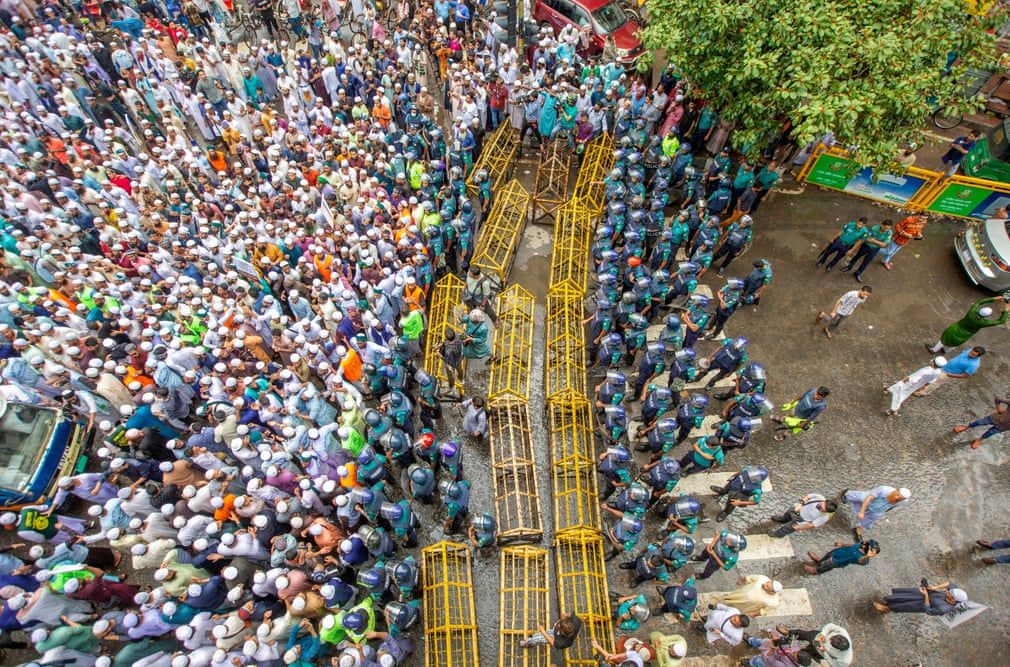 Dhaka, Bangladesh : Members of the Islami Andolan Bangladesh party stop at a police barricade as they march towards the Indian embassy in a protest against comments by an Indian ruling party official about the Prophet Muhammad 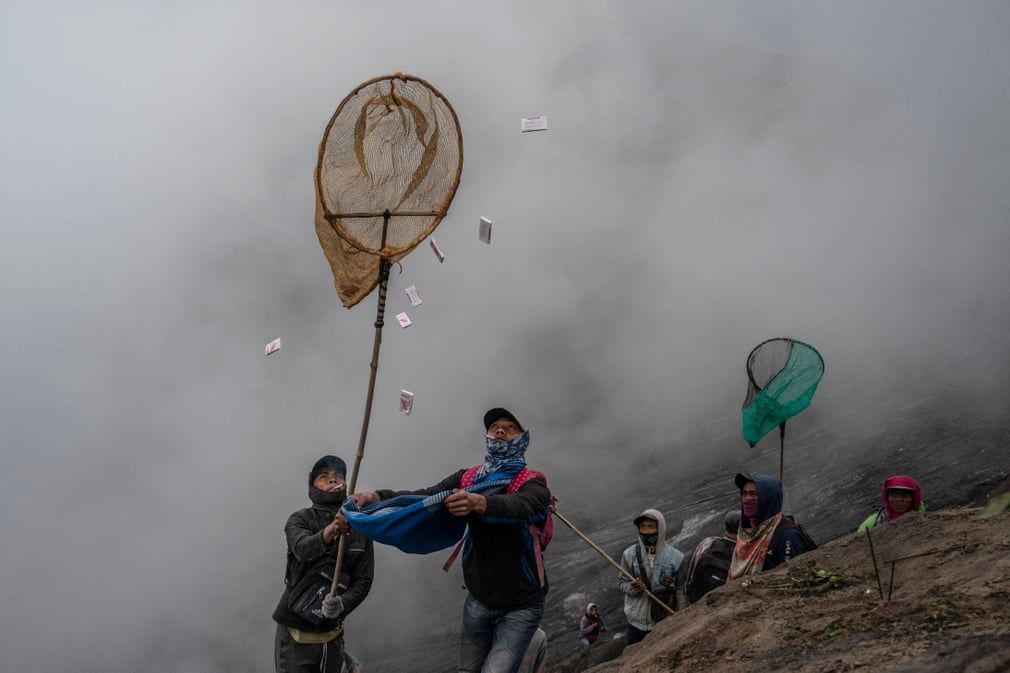 Probolinggo, Indonesia : Members of the Tengger community use nets to catch offerings thrown by other devotees into the crater of the active Mount Bromo volcano as part of the Yadnya Kasada festival in East Java province 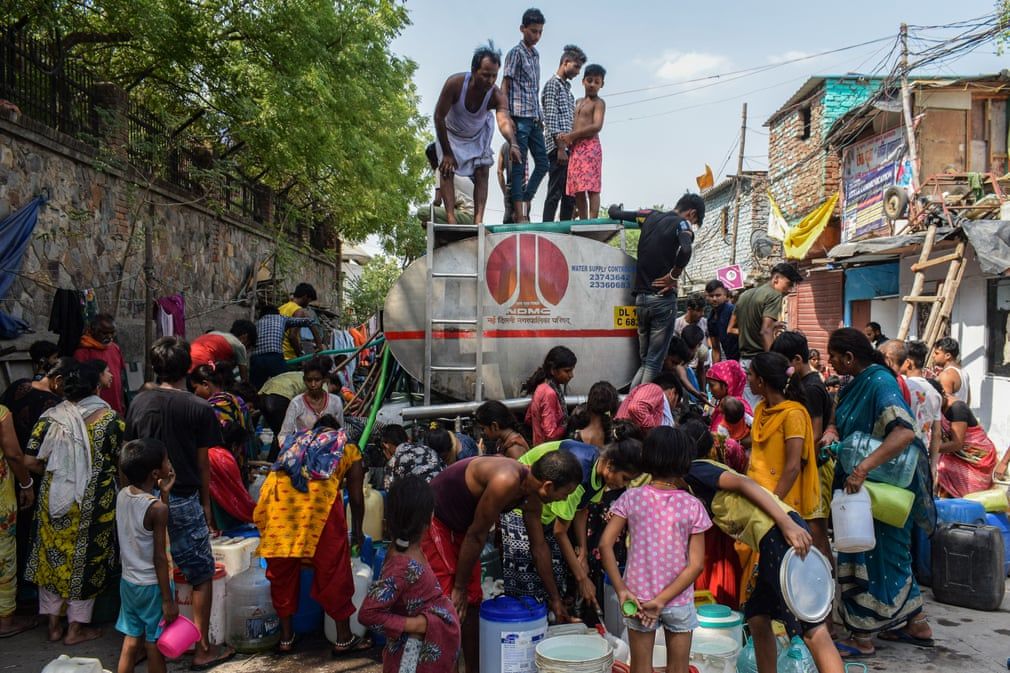 New Delhi, India : People fill containers with drinking water from a municipal tanker outside a township. The demand for drinking water has increased during a spate of heatwaves in Delhi 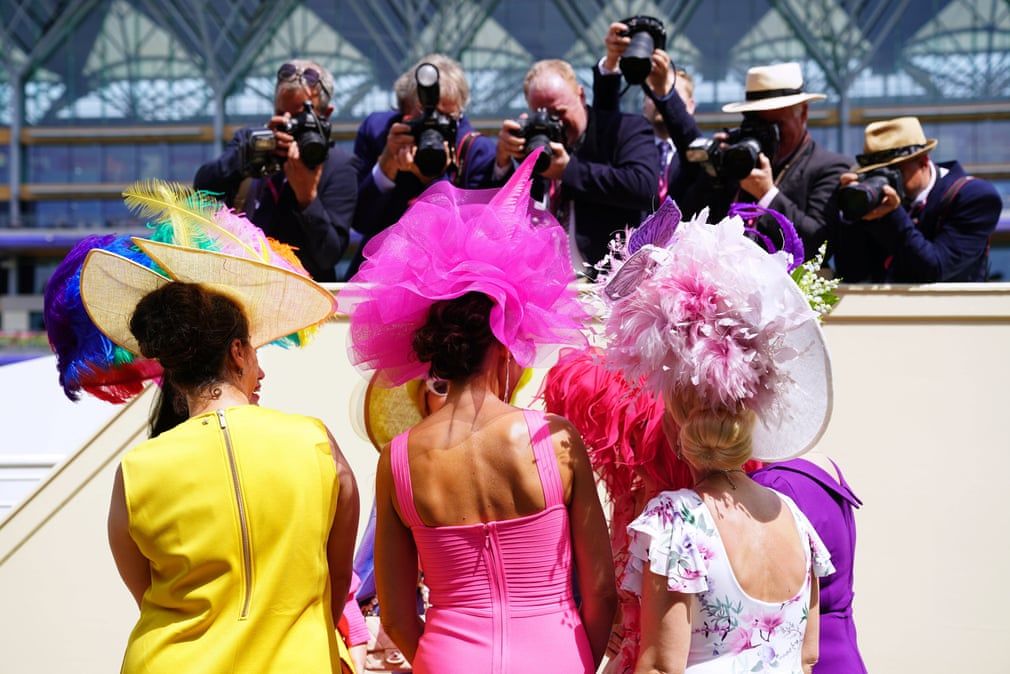 Ascot, UK : Racegoers have their picture taken during day three of Royal Ascot 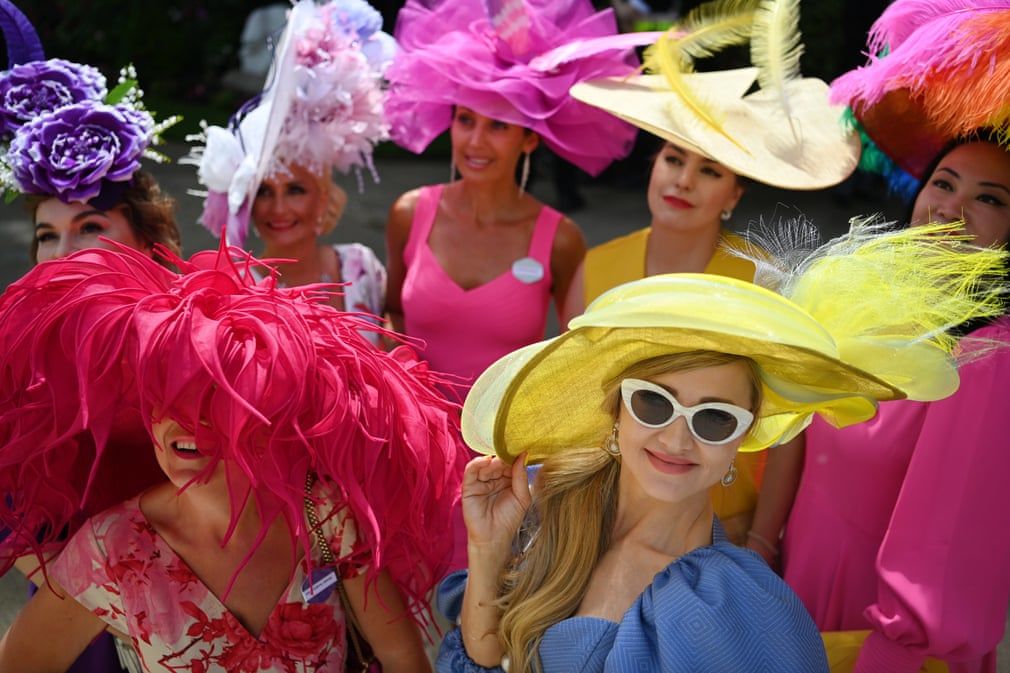 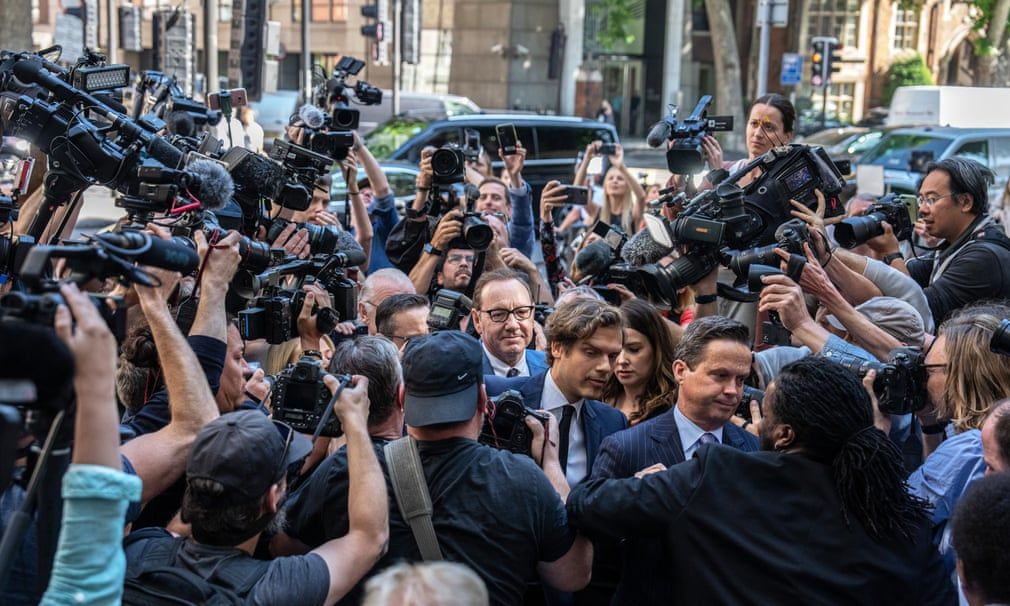 London, UK : Actor Kevin Spacey, centre, arrives at Westminster magistrates court. The Hollywood actor faces four counts of sexual assault against three men and one count of causing a person to engage in penetrative sexual activity without consent. The charges follow a review of evidence gathered by the Metropolitan police 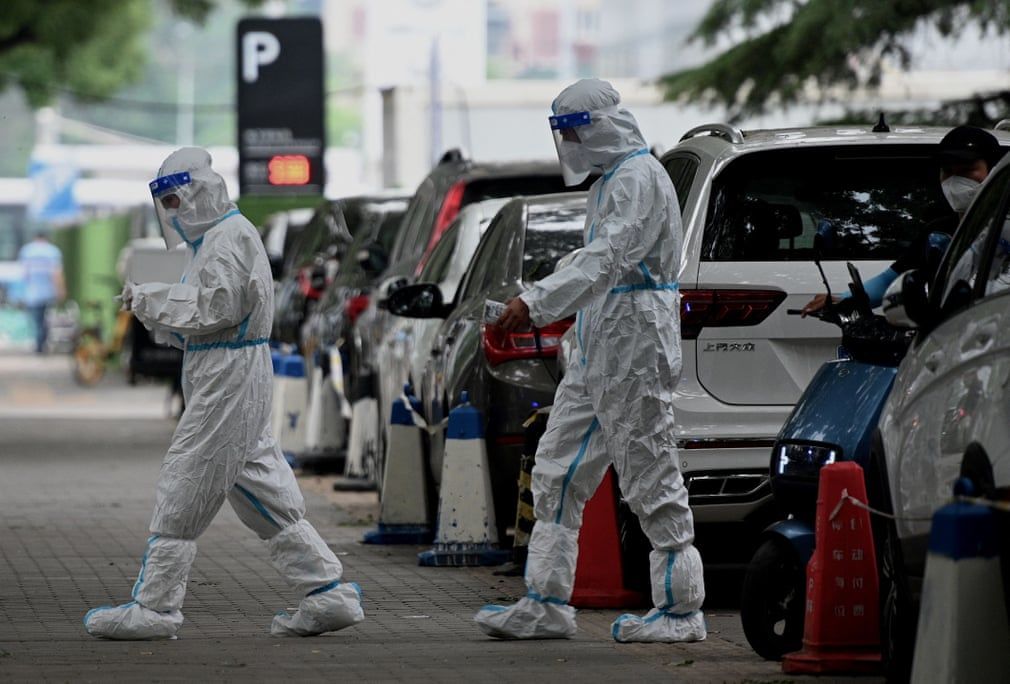 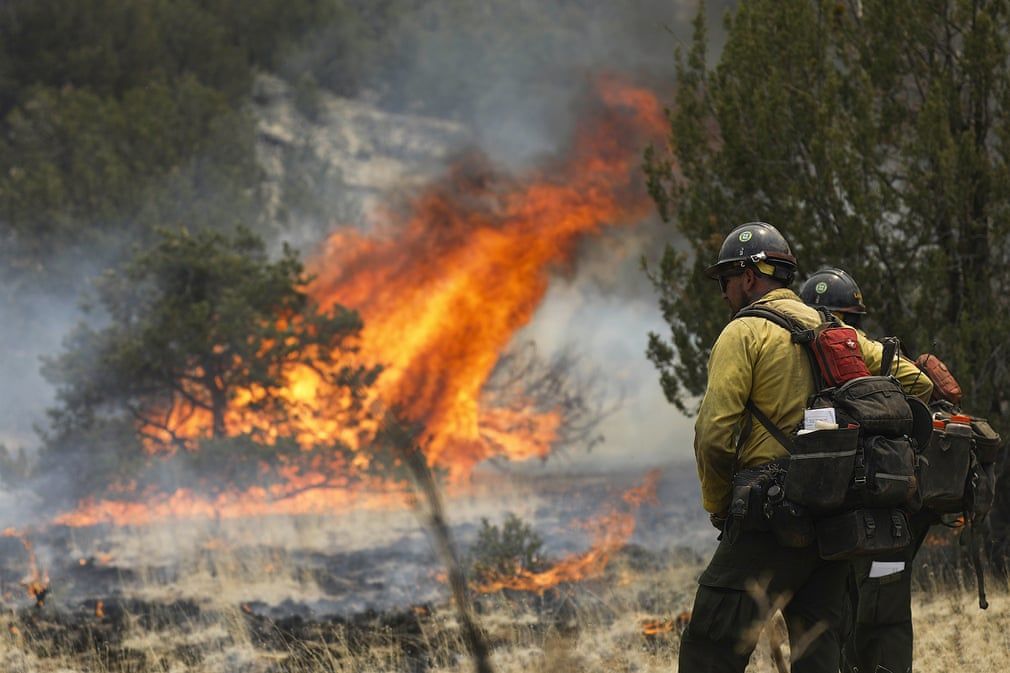 Flagstaff, US : Hotshot crew members keep an eye on a blaze as firefighters ignite the underbrush in an effort to contain the Pipeline Fire in Arizona 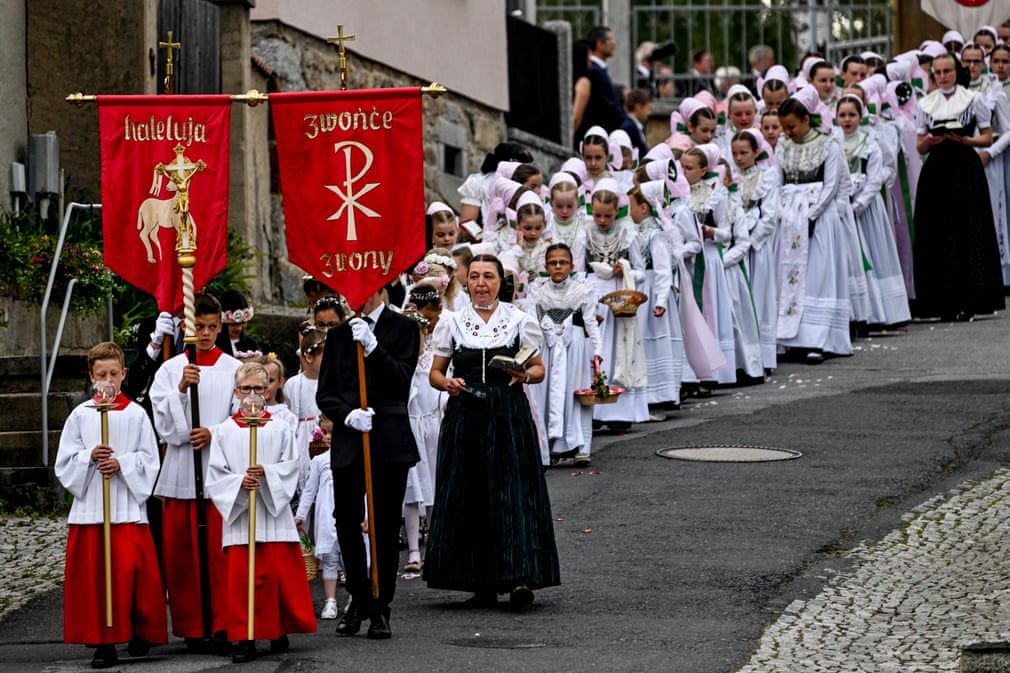 Crostwitz, Germany : Sorbian Catholics wearing traditional costumes take part in a Corpus Christi procession, one of the most important holidays in the Catholic church 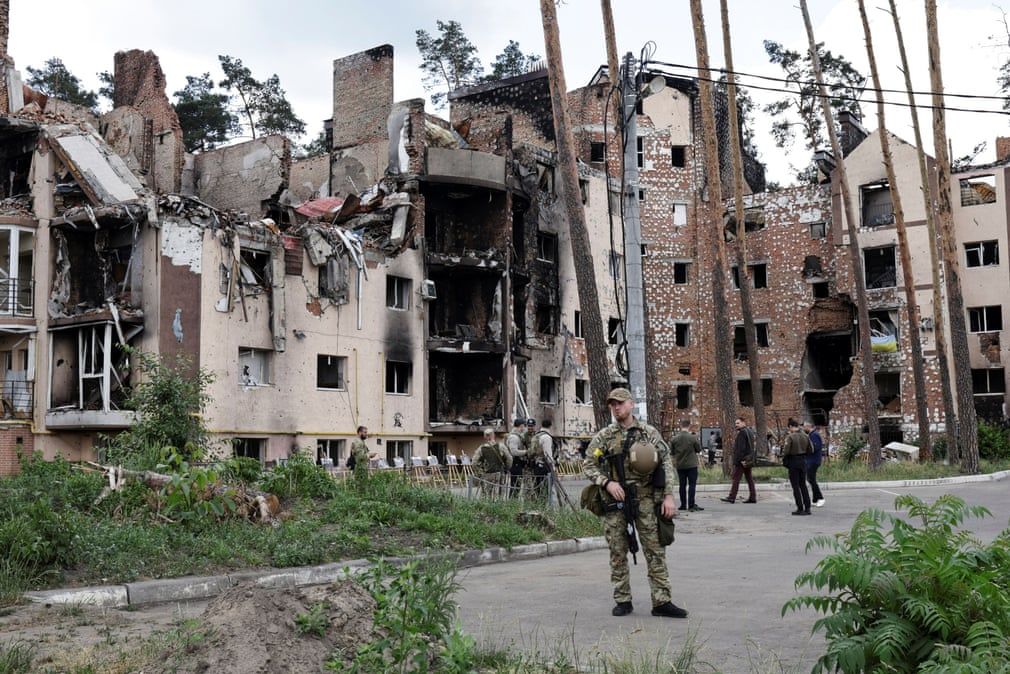 Irpin, Ukraine : A Ukrainian serviceman stands guard ahead of the arrival of the French president, Emmanuel Macron, the German chancellor, Olaf Scholz, and the Italian prime minister, Mario Draghi, as Russia’s attack on Ukraine continues 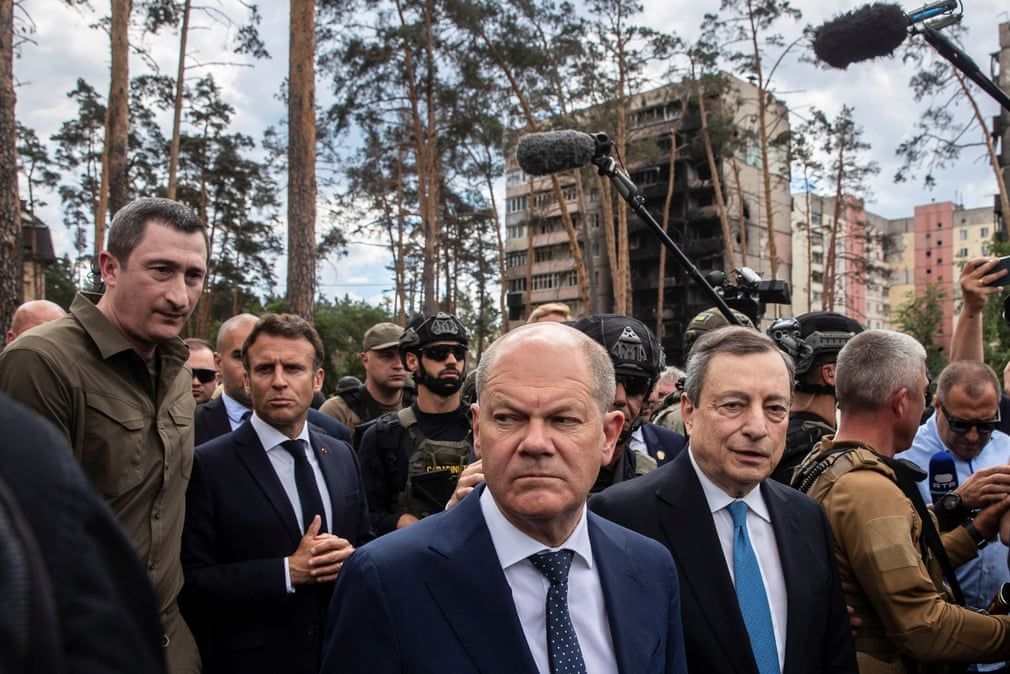 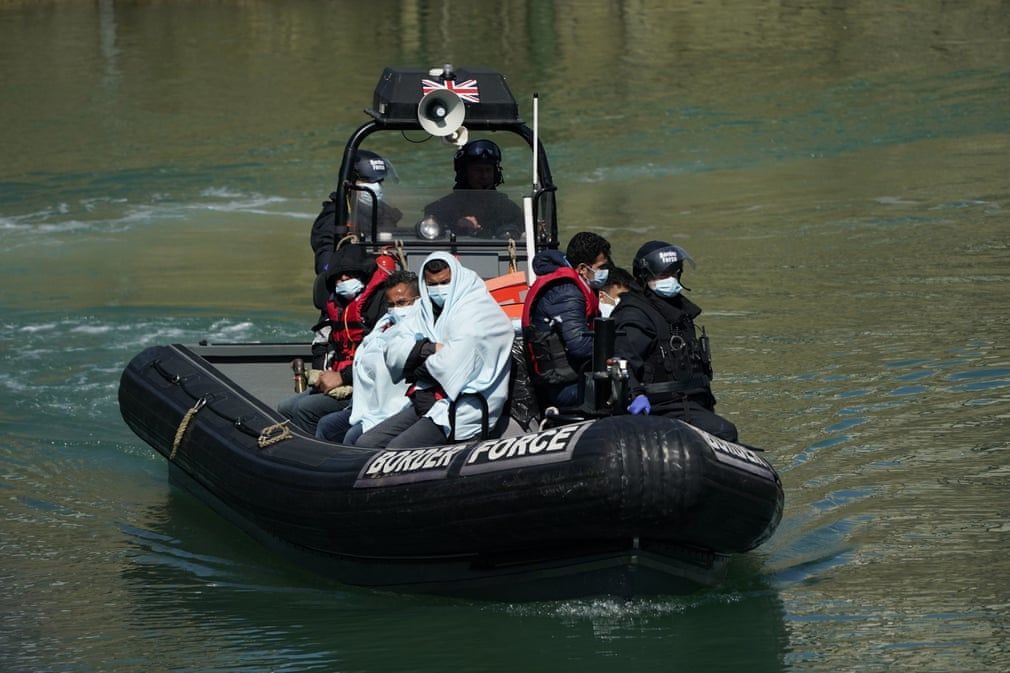 Dover, UK : A group of people are brought in to Dover, Kent, following a small boat incident in the Channel 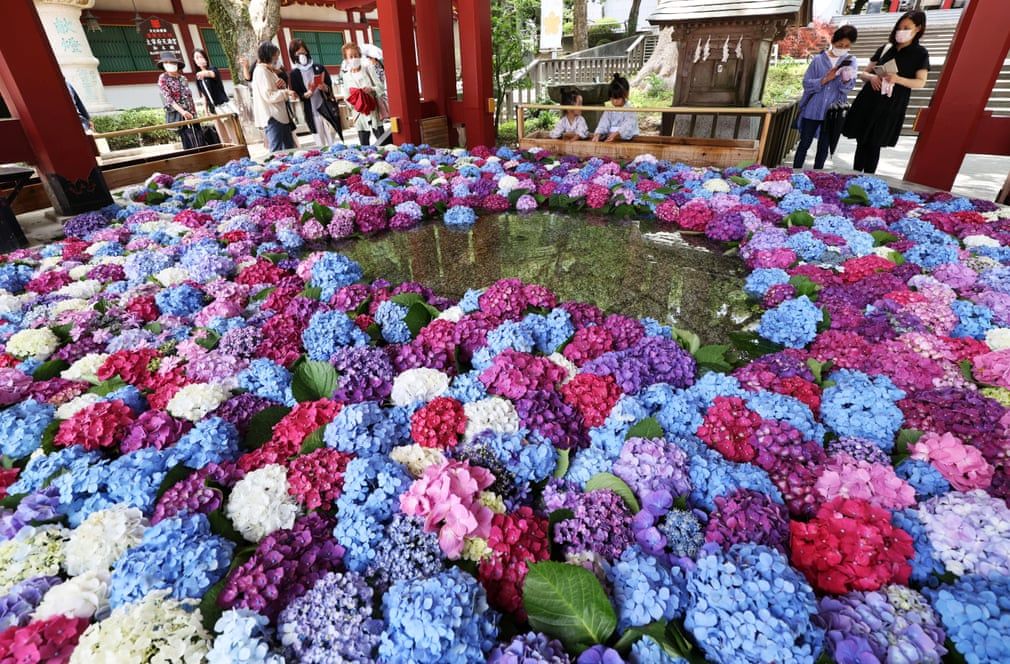 Taishofu, Japan : Visitors gather around colourful hydrangeas at the Taishofu Tenmangu Shrine in Fukuoka prefecture. Hydrangeas are symbolic flowers of the hot and humid rainy season 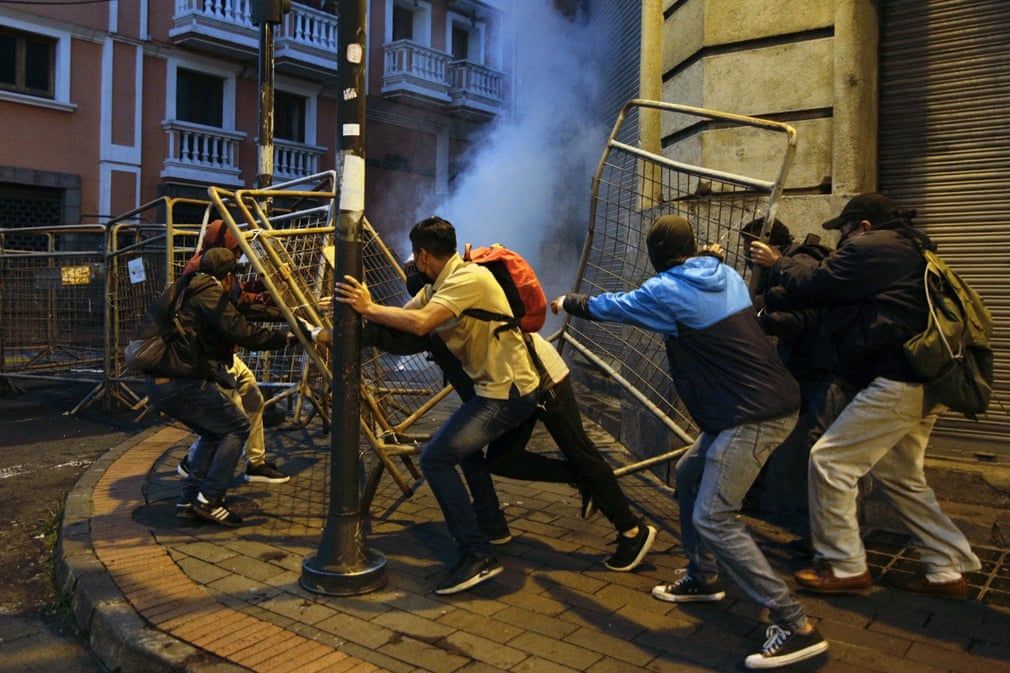 Quito, Ecuador : Demonstrators clash with police at a national protest against the Ecuadorean government led by Indigenous people. Protests against rising fuel and living costs involved roads being blocked with burning tyres and barricades of sand, rocks and tree branches in at least 10 of Ecuador’s 24 provinces

Core Scientific sold $167M worth of Bitcoin holdings in June