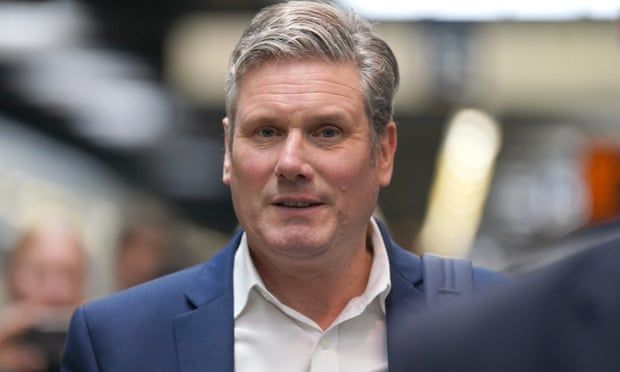 Keir Starmer and Beergate: what happened and when?

It has been just over a year since Keir Starmer took part in the campaign event in Durham that now holds the key to his political future. This is what has happened:

As part of campaigning for the Hartlepool byelection and local elections, both on 6 May, Starmer and aides were in Durham to campaign. Late that evening, a University of Durham student shot grainy phone footage of Starmer, inside the constituency office of local Labour MP Mary Foy, drinking a bottle of beer while people behind him hold plates of food. The video was shared on social media, but created little attention.

The Sun ran a brief story about the footage, with a quote from the Conservatives saying people should be “asking questions” about what Starmer did. Labour insisted all rules were followed.

With the idea of politicians potentially breaching lockdown rules in the news due to events in Downing Street, the Daily Mail ran a still image from the video on its front page calling Starmer “the Covid party hypocrite”.

Durham constabulary said it had reviewed the video footage and would take no action, as the force did “not believe an offence has been established in relation to the legislation and guidance in place at that time”.

With Boris Johnson and Rishi Sunak having been given fixed-penalty notices for lockdown-beaching socialising earlier in the month, the Daily Mail returned to Starmer’s case, saying Durham constabulary had said they would consider a request from the North West Durham Conservative MP Richard Holden to look again at the case

The Daily Mail and several other right-leaning papers printed a series of other stories about the Durham event, including a claim that the takeaway curry order was larger than billed, and doubts that Starmer and colleagues worked after the meal.

Durhamconstabulary said they had reopened the investigation after receiving “significant new information” about the gathering. It is not clear what the information might be.

After days of speculation about what Starmer might do if he was fined, given he called for Johnson and Sunak to resign after their fixed-penalty notices, Starmer made a public statement saying that while he was “absolutely clear” all rules had been followed, if police did fine him he would “of course do the right thing and step down”.