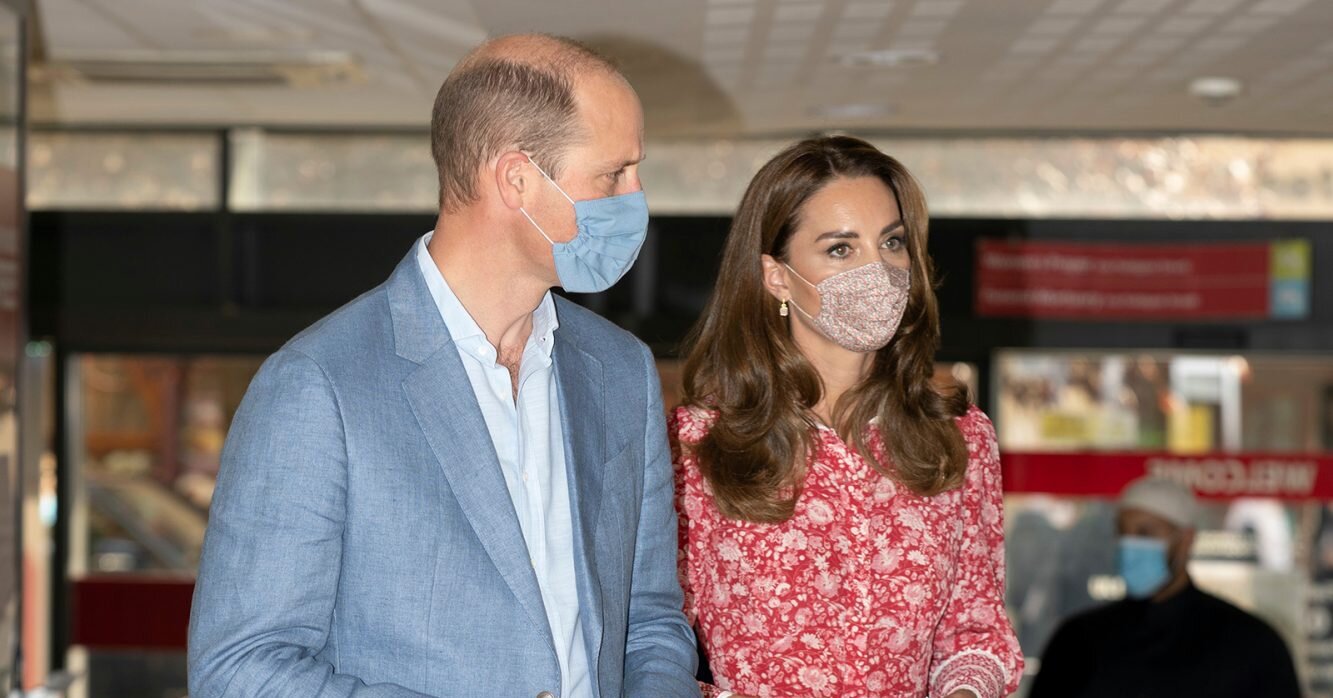 Kate Middleton and Prince William Are Back - in Masks! See the Royal Parents Step Out in London

Kate Middleton and Prince William are back to work in the city.

On Tuesday, the royal couple highlighted the various ways London is trying to establish to a new normal amid the ongoing COVID-19 crisis.

The couple began their day at London Bridge Jobcentre, where they spoke to customers seeking ways back into work and heard how the pandemic has impacted them. They also met with employers about how they are trying to provide jobs during such extraordinarily tough times.

Kate, who wore a red floral shirt dress by Beulah London and her go-to floral Amaia mask, and William then headed east to the local London Muslim Centre in Whitechapel, where they spoke to volunteers who have played a key role in supporting the community by cooking and delivering warm meals and medication to the most vulnerable.

A team at the center, which has been supported by the National Emergencies Trust (of which William is patron), has been providing vital supplies and making calls to the isolated, vulnerable and elderly. The team has also been helping with counseling during the pandemic, including supporting women affected by domestic violence.

Then, in Brick Lane – an area known for its curries and bakeries – the couple tried their hands at bagel making at the famous Beigel Bake Brick Lane Bakery. Like so many businesses, the 24-hour bakery had to cut back its hours during the crisis.

William and Kate spoke to affected employees and heard about the ways in which the shop has helped the local community through food donations to the needy and deliveries throughout the local area.

The couple, who spent most of the last six months at their country home of Anmer Hall in Norfolk – about 110 miles north of the city – arrived back in London in time for their two eldest children Prince George and Princess Charlotte to return to school last week.