Tai Pak Floating Restaurant has been transferred to another operator at nominal consideration, company behind establishment says.

The ill-fated Jumbo Floating Restaurant’s smaller sister eatery in Aberdeen could reopen under a new owner keen to preserve the attraction in Hong Kong, the company behind the two vessels has revealed.

Aberdeen Restaurant Enterprises on Wednesday also rejected allegations that it backed out of a deal to sell all four ships that made up the Jumbo Kingdom – including the Jumbo Floating Restaurant, which capsized in the South China Sea in June, and the adjacent Tai Pak Floating Restaurant – for just HK$4 (50 US cents).

The denial follows a writ filed on Tuesday by CFN Lawyers, representing King Field Shipyard Limited, accusing the operators of the Jumbo Kingdom of failing to deliver the imperial palace-like vessels in accordance with a deal struck on May 19. 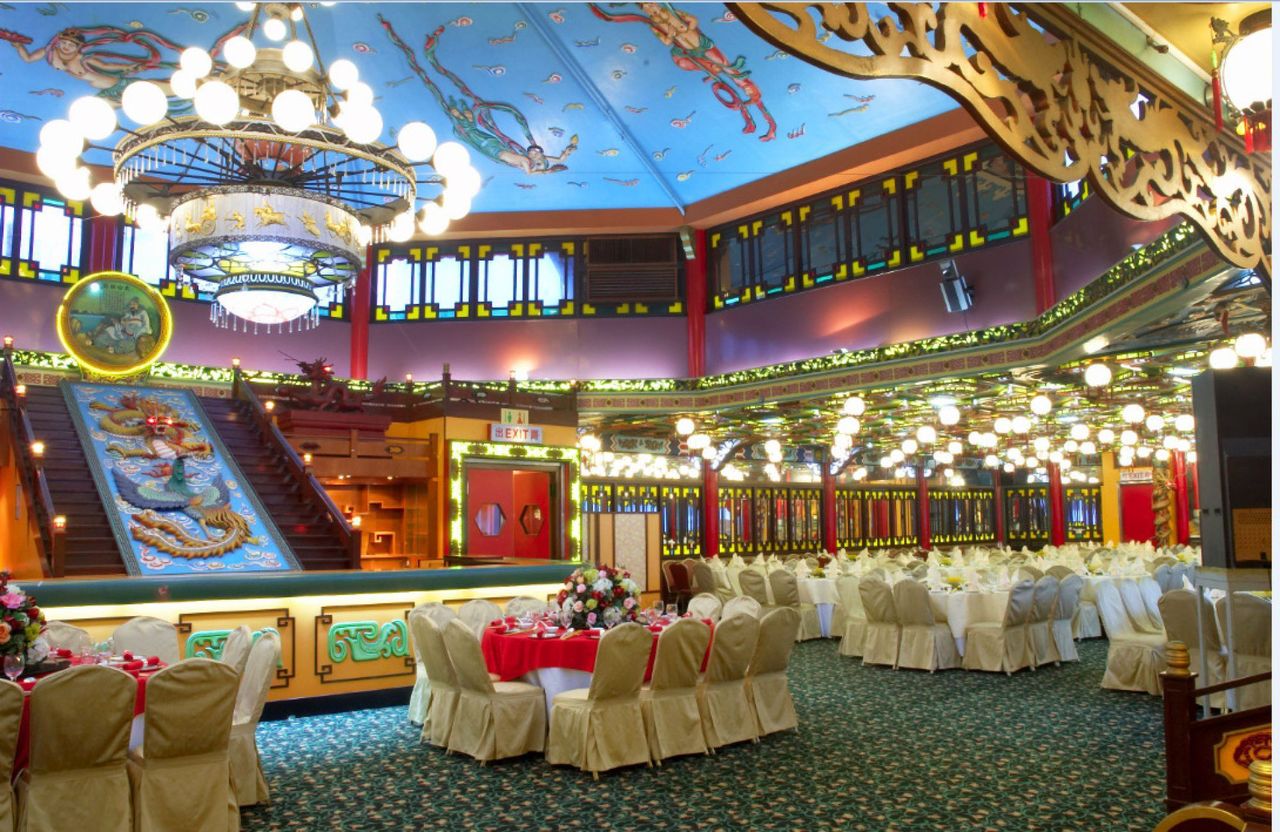 The interior of the Tai Pak Floating Restaurant in Aberdeen.
The ships’ owners had agreed to sell the four vessels for HK$4 and pay HK$5.4 million to the buyer as administrative charges, comprising a HK$600,000 deposit and a HK$1.2 million handling fee for each of the four vessels, the court filing said.

But the defendants were accused of stalling the ships’ transfer after a kitchen barge connected to Jumbo submerged in Aberdeen Typhoon Shelter on June 1, despite paying the deposit.

The court was then asked to order the physical delivery of sister eatery Tai Pak Floating Restaurant and the capsized Jumbo to King Field with a payment of HK$4.8 million in the plaintiff’s favour alongside damages and interest.

In a statement issued on Wednesday, the company “strenuously” denied that it had breached its contractual obligation to King Field, saying the agreement with the company had been “terminated”.

“The company will defend the legal proceedings vigorously, and reserves its right to hold King Field accountable for any loss the company or its related companies may suffer,” it said.

Aberdeen Restaurant Enterprises also said that following the termination of the agreement with King Field, Tai Pak Seafood Restaurant had been transferred to another operator, at nominal consideration.

The new owner, which has not been named, intended to reopen the floating restaurant in Aberdeen “to help preserve the legacy of one of the most iconic attractions in Hong Kong”, it said.

“Floating restaurants have been a part of Aberdeen since long, and it is fantastic news that at least Tai Pak has been rescued. The opening of the floating restaurant is a small step forward in the plans to invigorate island south,” Zimmerman said. 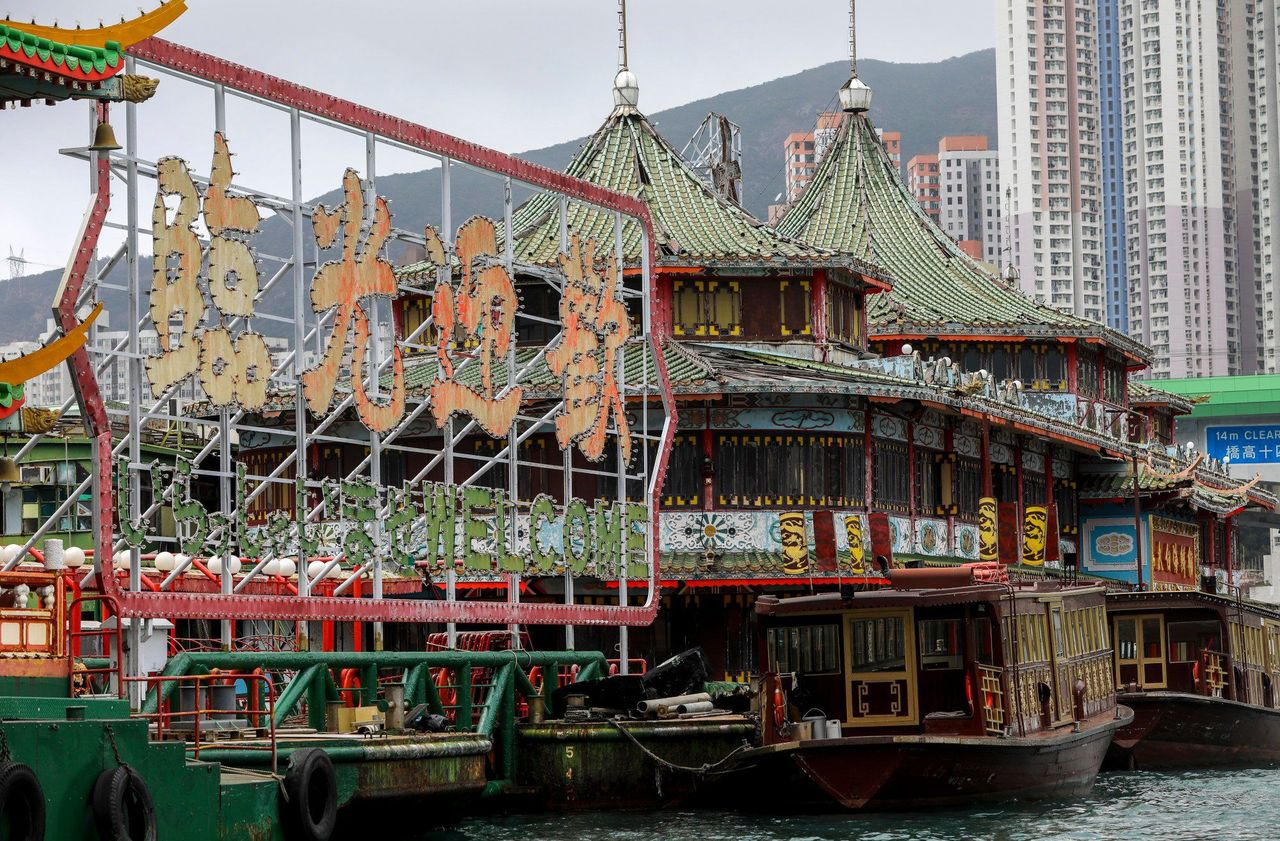 The Jumbo Floating Restaurant capsized in the South China Sea in June.

However, tourism sector lawmaker Perry Yiu Pak-leung said the restaurant would first need to be renovated and the city’s tourism sector was still slow to recover under remaining Covid-19 pandemic restrictions.

“Covid-19 remains the biggest limitation as the number of tourists, even with amber code exemptions for tour groups, isn’t very high at the moment. It’s just the beginning [for Tai Pak],” Yiu said, referring to the latest easing of travel curbs in the city which would allow group tour visitors to enter restaurants and other venues during a three-day medical surveillance period. The measure will be launched this month.

Under Hong Kong’s “0+3” model, inbound arrivals are required to undergo a three-day medical surveillance period during which movement is limited citywide, and conduct regular coronavirus tests.

Yiu added: “Tai Pak’s brand was less famous than Jumbo’s, but it’s still special for the south side to have a floating restaurant … While Tai Pak is a lot smaller than Jumbo, its smaller size also means that it has a lower operation cost, which makes it less difficult to maintain.”

The lawmaker said he hoped the reopening would be successful, as the revival of a unique historical establishment would be attractive to tourists coming into the city.

The Jumbo Floating Restaurant was towed away from Hong Kong on June 14 after a kitchen barge linked to the main vessel sank. The vessel keeled over six days later at the Paracel Islands, known as the Xisha Islands in China, while en route to Cambodia.

The attraction had been closed for two years, with its operator reporting an accumulated loss in excess of HK$100 million under financial strain snowballing from pandemic restrictions and the social unrest in 2019.

Some residents had said the departure and sinking of Jumbo was a great loss. Many had flocked to Aberdeen to bid farewell to the landmark before its departure.