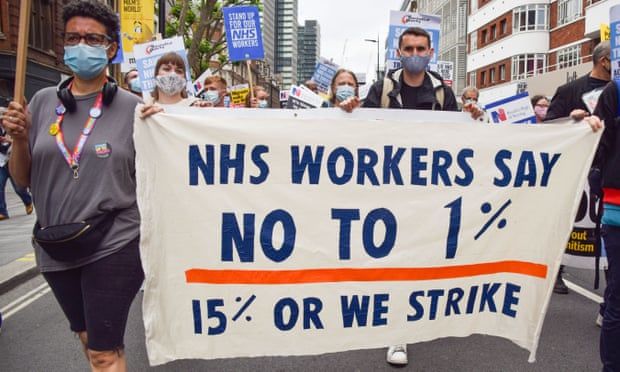 Boris Johnson is set to spark a political row this week by announcing plans to seize greater control of the NHS, despite warnings that the “power grab” will see ministers blamed for delays in treatment and closure of local hospital units.

The prime minister has told the new health secretary, Sajid Javid, to put the long-awaited health and care bill before parliament despite Javid’s own misgivings and concerns among hospital bosses and doctors’ leaders.

Conservative MPs are becoming increasingly anxious that the bill, which involves the biggest shake-up of the NHS in England in a decade, could become a damaging political drama, make people question Tory handling of the NHS and prove a gift to Labour, which last week called for the bill to be scrapped.

Javid is expected to lay the bill before parliament on Tuesday after the prime minister overruled his plea to delay its introduction until the autumn. Johnson has told Matt Hancock’s successor to press ahead with the legislation despite Javid’s concern that it will prove “controversial” and involves “significant areas of contention” which have yet to be resolved.

The health secretary’s new powers would enable him to abolish NHS arm’s-length bodies and intervene much earlier in deciding if an A&E or maternity unit deemed unsafe, over staffing problems for example, had to shut.

Hospital bosses have voiced serious concern to the Guardian about the government’s plan to hand Javid such big new “powers of direction”. The NHS Confederation and NHS Providers, the two groups which represent health service trusts, both warned that this could allow ministers to wield undue influence over the NHS and reduce its independence.

Matthew Taylor, the confederation’s chief executive, said health service chiefs were broadly supportive of the bill, which seeks to undo some of the most damaging effects of the last Tory overhaul of the NHS – then health secretary Andrew Lansley’s Health and Social Care Act 2012.

But, Taylor added: “They remain concerned that some of the proposals could lead to heavy handed ministerial involvement in day-to-day matters affecting the NHS, such as the closing or opening of new services for patients, which could go against the advice and expertise of local leaders who know what is best for their communities.

“We can’t risk playing political football with the NHS given the challenges it faces.” 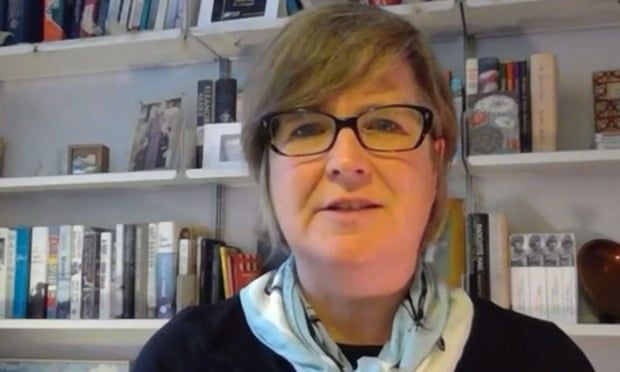 NHS Providers cautioned that the heath secretary’s beefed-up powers could lead to service chiefs nationally and locally coming “under political pressure or interference”.

Saffron Cordery, its deputy chief executive, said: “There is no suggestion here that a publicly-funded service like the NHS should not be held to account. Rather, that the strategic direction is the domain of politicians, who should then allow the people involved in operational and clinical roles – with day-to-day responsibility for supporting patient care – the space to deliver those strategic objectives without undue political pressure or interference.”

The bill will replace the clinical commissioning groups Lansley’s reforms created with new bodies known as integrated care systems – regional groupings of providers of different sorts of healthcare working with their counterparts in social care.

Ben Howlett, a former Tory MP who is now the managing director of the Public Policy Projects thinktank, warned Johnson that the move could backfire.

“As a result of the new Health and Care Act, ministers will no longer need to horsetrade with NHS bosses to set priorities, as the secretary of state makes himself directly accountable for the provision of services,” Howlett said.

“MPs will for the first time in over a decade find constituents asking why there are long waiting lists and poor cancer outcomes without being able to write to [NHS England chief executive] Simon Stevens for answers. My advice to the new secretary of state – beware the law of unintended consequences.”

One health policy expert, who asked not to be named, said: “Politically this bill is a tricky sell, even though the government has an 80-seat majority. The penny is dropping among MPs that there’s more in the bill than just boring, technocratic NHS issues.

“How does this bill help tackle key NHS challenges like waiting times and chronic understaffing? It doesn’t. That may become a problem.”

The bill, which only relates to the NHS in England, does include plans to reduce some privatisation by removing the duty on the NHS to put care contracts out to tender. However, the British Medical Association, the doctors’ union, warned that it could lead to the new integrated care systems (ICSes) offering large contracts to private firms without any tendering process, in a repeat of the “Tory cronies” scandal, involving billions of pounds of deals for personal protective equipment (PPE) for NHS staff, seen during the Covid pandemic.

Dr David Wrigley, the BMA’s deputy chair of council, said: “We are concerned that private health providers like Virgin Care could be given seats on the boards of ICSes and therefore potentially be involved in deciding who gets what contracts. And we are very concerned that the bill could means that contracts are just handed out to the private sector, without a tendering process.”

The bill is the first of a series of important decisions that Javid, who is barely a week into his new role as the boss of the Department of Health and Social Care, will have to take in the next fortnight.

He and the board of NHS England are close to deciding who will succeed Stevens, who is stepping down this month after more than seven years in the job. Ministers want his replacement to have a much lower profile and not cause trouble by regularly lobbying in public for the NHS to be given more money and the government to radically reform social care, as Stevens has done.

The new NHS boss, whoever it is, will have significantly less power than that wielded by Stevens, as a result of the legislation.

Reports on Sunday said that Javid had ruled out Dido Harding, the Tory peer who runs the government’s heavily criticised test and trace programme. NHS bosses hope that will help clear the way for Amanda Pritchard, Stevens’ deputy, who is widely admired in the service after her stint running Guy’s and St Thomas’ hospital trust in London. Sir James Mackey, the chief executive of the Northumbria Healthcare trust, is also seen as a strong contender.

Javid, Johnson and the chancellor, Rishi Sunak, also have to decide imminently whether to increase the government’s 1% pay offer to NHS staff, which health unions have described as “pathetic” and “an insult”. The Royal College of Nursing is gearing up to hold its first-ever ballot of its 450,000-strong membership for possible strike action.

The NHS pay review body submitted its recommendations to Javid last week. It is thought to have advised that staff deserve more like a 2% increase, especially after their widely praised efforts during the Covid pandemic. However, the RCN is demanding 12.5%.