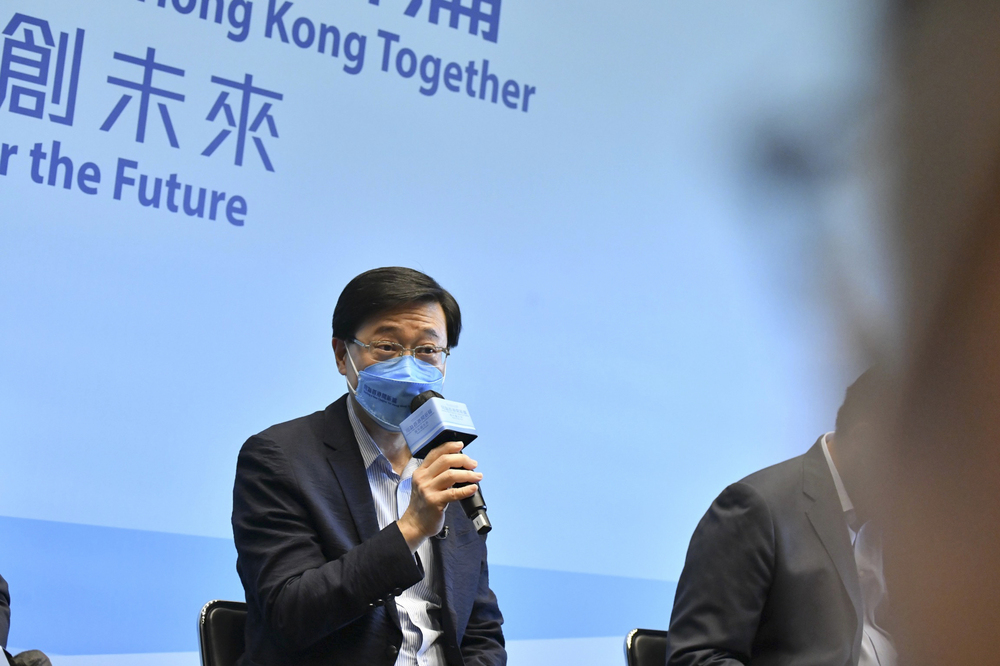 The sole contender in the upcoming chief executive election, John Lee Ka-chiu, is to hold an election rally at 4pm on Friday – two days before the 1,500-strong election committee votes.

Among those invited to the closed-door rally at Hong Kong Convention and Exhibition Centre in Wan Chai are the 1,462 Election Committee members who have a vote on Sunday, as well as Lee’s “chairperson group” and “consultant team,” which include tycoons such as Li Ka-shing and Raymond Kwok Ping-luen.

Bearing the theme of "we and us opening a new chapter for Hong Kong", Lee will be giving a 10-minute speech at the rally. Those who will also speak at the event include former chief executive Leung Chun-ying, as well as Lee’s former colleagues.

The head of Lee’s campaign office, Tam Yiu-chung, said earlier that members of the public will not be invited as the venue cannot accommodate too many people.

He said guests invited to the one-hour rally will have to follow all Covid rules, and will also be asked to do rapid tests before attending the rally.
#covid
Add Comment