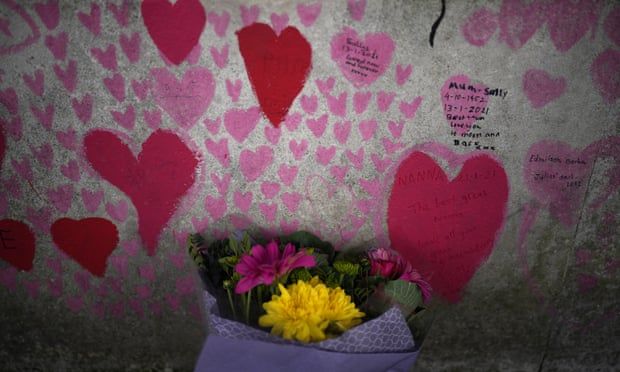 The health secretary has said he is sorry for the losses that have occurred due to the Covid-19 pandemic, but fell short of apologising for the government’s decision to delay lockdown last March.

Sajid Javid’s comments came in response to the publication on Tuesday of a damning health select committee report on lessons learned from the pandemic, which found the government’s management of the outbreak was one of the worst public health failures in British history.

Asked on BBC Radio 4’s Today programme whether he regretted pressuring the government to prioritise the economy over introducing lockdown, Javid said: “I don’t think I got it wrong based on the information I had at the time, but … I was out of the government when decisions were made.”

Javid, who was a backbencher at the time of the first lockdown, added: “I do think when governments make decisions should they be thinking beyond a single department and thinking about the wider interests of society and the public.” 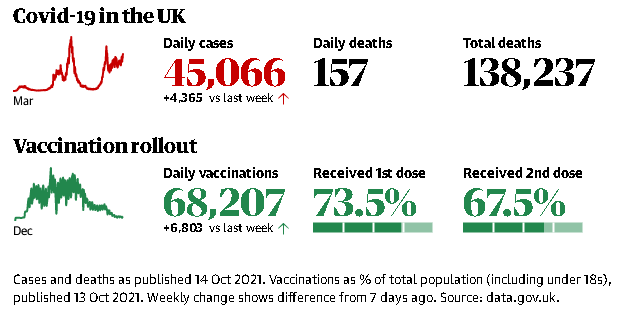 He said he had not read the report in detail, but accepted “there are lessons to learn from this period for the UK government and for governments across the world”.

He welcomed the report as an important means of providing parliamentary scrutiny, but said he was “not in a position to look back at every decision made”, and that this was best left to the upcoming public inquiry.

While he would not apologise for the government’s handling of the pandemic, he said: “I am sorry for anyone that’s been hurt throughout this pandemic and especially those people who lost loved ones, brothers, sisters, their mum and dad, close friends, and also those people who’re still suffering with long Covid.”

Javid’s appearance coincided with the publication of a new government and NHS action plan, which will give GPs in England £250m to improve their services but only if they increase the number of patients being seen face-to-face.

Javid said he did not expect all surgeries to apply for the additional funding, if they feel they can cope with their patient load and do not feel the need to increase their opening hours.

He acknowledged there were unlikely to be enough locum GPs available to meet demand, but that clinics could instead hire additional physiotherapists or nurses to free up time for GPs.

“This is about the here and now, especially over the winter. This funding will buy more capacity, not just from GPs,” he said.

“We’ve had feedback from a number of GPs both directly to my department and to the NHS that if they have more funding they can buy in more hours and support, and that will increase capacity.”

The plan also outlines new monthly data starting next spring, which will show what proportion of each surgery’s appointments occurred in person or virtually, a move GPs have described as a “name and shame” exercise.

Javid defended the publication of data as a way to provide “more transparency and accountability”. He added that it was a crucial component of plans for “levelling up healthcare”, which would address disparities in health outcomes between regions. “We need information to find out what’s working,” he said.