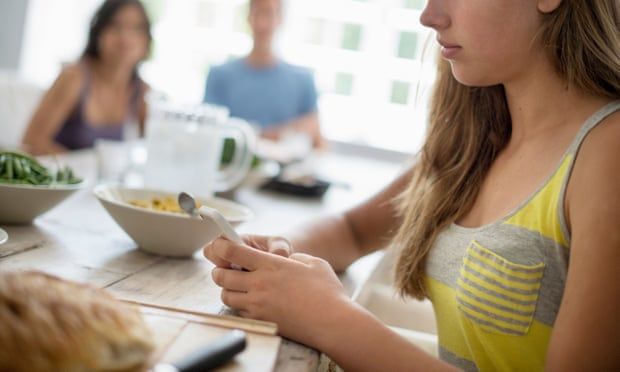 ‘It took a year to get help’: generation Z on mental health decline

It was while browsing on social media at the age of 13 that Hannah realised she had an eating disorder. Seeing other girls and women talking about their experiences, she thought: “This is me.”

Since that moment, the now 17-year-old has been on a path to recovery, which includes recently relapsing during the Covid-19 pandemic. She said that after initially seeking support via her GP, it took “about a year to get help”, despite “seeing three different doctors”.

The rise of eating disorders among young people has been highlighted in a recent report showing that the number experiencing problems has doubled in recent years.

It comes amid a general decline in mental health among those aged six to 23, with more than half of young people aged 17 to 23 struggling with insomnia.

Hannah puts the rise in eating disorders down to a lack of control among her generation.

“I think that is the main thing and there is also a huge misconception about balance and what is healthy,” she said, adding that during consecutive lockdowns, people were bombarded with messages that they needed to “exercise” and “lose weight”.

She finds social media more helpful than damaging, saying it has allowed her to connect with people who share her experiences. She has also struggled to get help, saying she often felt dismissed by doctors.

When she first approached her family practitioner, they seemed uninterested, despite the fact that her period had stopped.

Eventually, she was referred to children’s mental health services and received outpatient support, which continued until the first coronavirus pandemic lockdown in March 2020. As soon support was withdrawn, she relapsed and is now back in the care system.

Rebecca, a mother of two, agrees that getting support for young people is challenging. She has struggled to get help via the NHS for her 11-year-old son, who has anxiety-induced insomnia that leaves him lying awake in the middle of the night. She eventually paid for a private counsellor.

There is not enough recognition for mental health problems in young children, she said, adding that her son’s problems really “came to a head during lockdown”.

“[He] is an overthinker,” she said. As well as the pandemic, his insomnia has also been affected by starting at a new school and moving house. After trying home remedies, such as spraying lavender on her son’s pillow, she sought professional help.

The boy believes the rise in sleeplessness is due to the pressure his generation is under, all made worse by coronavirus.

“In lockdown, people were stuck inside all the time and could not see friends. That made things worse,” he said. He added that social media does not help, as it magnifies problems for children.

It is for this reason that Rebecca tries to keep her sons away from platforms such as WhatsApp, and she thinks that not being able to sleep is inherently linked to a rise in anxiety and the fact that young people are exposed to much more than previous generations. “They have also endured a lot in the past 18 months,” she said.

Rebecca’s nine-year-old son is exhibiting the same symptoms as his brother, although she has yet to explore whether he too has anxiety.

“I think there should be more recognition of mental health problems in young children. If the pandemic had not happened, I think there would be less awareness,” she said.

Hannah agrees that education is key and said she would love to see schools talk more about eating disorders. “There is so much taught about the obesity crisis, but no one is talking about those dying of eating disorders every year,” she said.

“The intervention also needs to be quicker because the longer an eating disorder is left untreated, the harder it is for someone to get better.”
#coronavirus  #covid 19  #covid
Add Comment