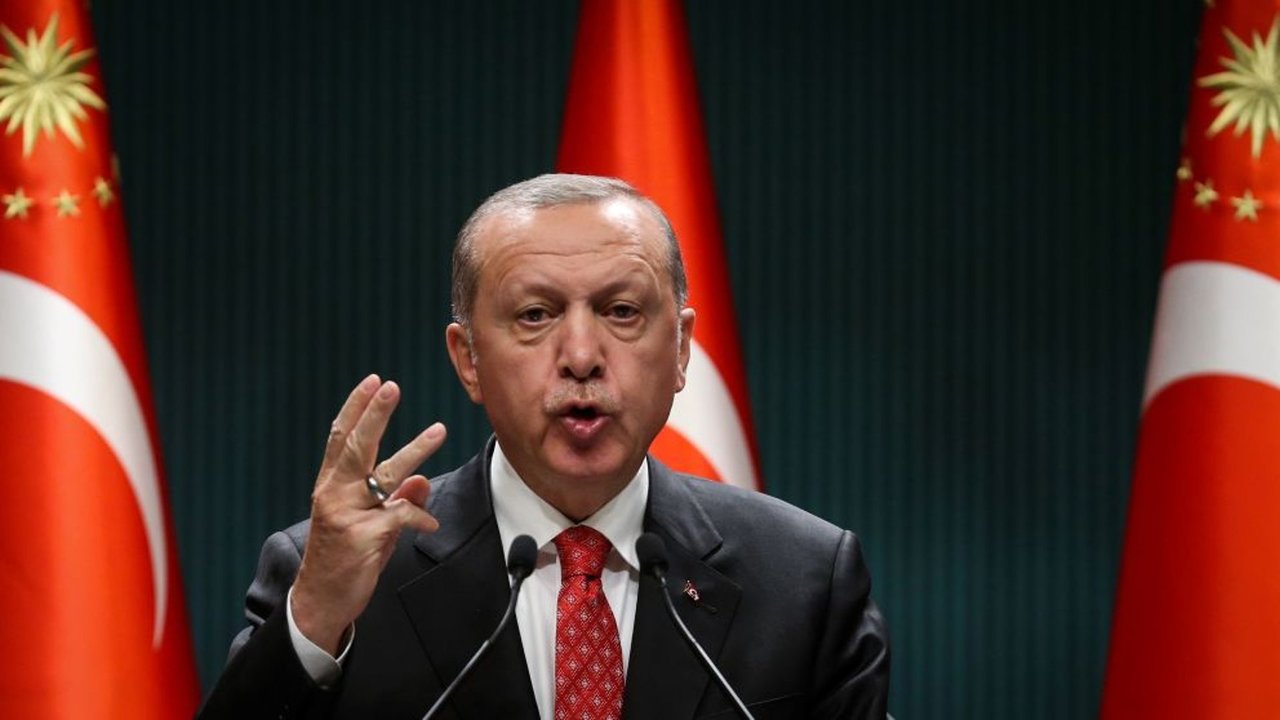 Even the staunchest Remainer would admit the EU is not currently the happiest ship, sailing in the waters of world politics.

Viktor Orban’s self-proclaimed ‘illiberal democracy’ is growing increasingly incompatible with EU values, Poland has expressed distaste for 'the Brussels elites, blinded by political correctness', and on two occasions Greece has locked horns with the EU's upper echelons over the debt crisis. But while the EU has been a daily headline topic for years, the state of Nato has been largely neglected - despite the fact that one of its own members, Turkey, threatens to fatally undermine the alliance.

Ankara's relations with the West have been deteriorating for years - but that process has accelerated over the last few days after Turkey's President Erdogan accused the Emmanuel Macron of needing 'mental treatment' following his attempts to tackle insurgent French Islamism.

Donald Trump has been the only world leader to draw attention to Nato’s issues, but he has been focused more on America shouldering the alliance’s financial burden and Germany’s military incompetence (the army’s ludicrous rules of engagement, which largely prevent it returning enemy fire, have led some to describe it as an ‘aggressive camping organisation'). Turkey’s growing belligerence to the West has, however, largely gone unaddressed.

It wasn’t always like this. The inclusion of Turkey in Nato in the early 1950s was part of a sound strategy at the time. Turkey bordered the southern Soviet states of Georgia and Armenia and denied the USSR access to the Mediterranean at the Bosphorus strait and its Nato membership allowed the US to station ballistic missiles on its soil - although this ended up becoming one of the catalysts of the Cuban Missile Crisis.

Even after the missiles were dismantled, Turkey remained home to a significant US Air Force presence at the Incirlik Air Base and continued its role as a thorn in the USSR's southern flank.

There were, of course, problems with Turkey's Nato membership before the end of the Cold War. The Cyprus crisis of 1974 saw Turkey and Greece — both Nato members - go to war against each other, which led to the establishment of a largely-forgotten UN demilitarised zone that separates the northern and southern portions of the island.

But although Turkey's actions in the 1970s were concerning, back then it at least did not collude with hostile powers, nor seek to undermine the West in the way it has done in more recent years.

The thought that a Nato power would forsake the West for the Kremlin would have been unthinkable in the Cold War, but this has now come to pass in the form of President Putin's friendship with Erdogan. Ankara's relations are now close enough with Moscow that it purchased Russian-made anti-aircraft systems and even launched joint operations with Russian troops in Syria.

In contrast, Ankara's relationship with the West continues to deteriorate, most recently with a diplomatic spat between Turkey and France over Emmanuel Macron’s remarks on an increasingly rampant Islamism, and Erdogan's call for Turks to boycott French products.

August also witnessed greater tensions between Ankara and Athens, this time over contested waters - and the natural resources beneath - in the eastern Mediterranean.

Both countries launched naval war games, but the situation was further muddied when individual Nato member states dispatched warships to participate in the exercises of both countries: French and Italian ships worked with their Greek counterparts, while a US Navy destroyer took part in Turkey's training. This is hardly the united front Nato needs.

n the Middle East, Turkey has launched assaults on Western-backed Kurdish groups in Syria, as well as operations in Libya in support of the Government of National Accord. To supplement its war effort, Turkey has even transported fighters from Syrian rebel factions (some of whom have been accused of war crimes) to Libya. There are credible reports that it has done the same to support Azerbaijan in its ongoing war against Armenia.

Ankara has fanned the flames of the conflict between Armenia and Azerbaijan; the latter is a close Turkish ally (the two countries describe themselves as being 'one nation, two states'), and President Erdogan has given Baku every support in its war efforts. This stands in contrast to the rest of the international community which - including Russia, an ally of Armenia - have called for an immediate ceasefire.

In short, Turkey is making fewer attempts to disguise its increasingly Islamist and authoritarian tendencies, and is actively working against Western interests.

Why then has Nato not yet acted against its bellicose member? The obvious solution would be to have Turkey ejected from the alliance, a move which would show that Nato has the courage of its own convictions and will not tolerate members which have, effectively, become hostile powers. Better this than let Turkey quit on its own terms.

But there exists no mechanism to eject member states from Nato - Article 13 of the alliance's founding Treaty declares that a country may indicate its own wish to leave, but there is no method to forcibly remove a troublesome state.

Doubtless, in the late 1940s it was inconceivable to any of Nato’s founding nations that one of their own would show signs of such rank betrayal in the fight against Communism.

It is now, however, time for this to be amended: the world has drastically changed since the fall of the USSR, and Nato itself has swollen substantially. More importantly, the threats it faces are more complex than those which necessitated its creation, without the moral sureties of the Cold War.

Perhaps Nato could alter its founding document so it can eject Turkey. Its current image is only one of weakness - not just to its Russian and Chinese rivals or its ostensible Turkish friends, but also external partners striving to earn membership.

It is hardly an encouraging sign for would-be members that Nato will not call out wrongdoing in its own ranks: this negates the very notion of security on which the alliance was founded. In other words, if Nato cannot stand up to its allies, it is highly unlikely it will appropriately confront its enemies.
Add Comment

Barrels of beer are being poured down drains as Wales' hospitality industry prepared for the alcohol ban to come into force.
×