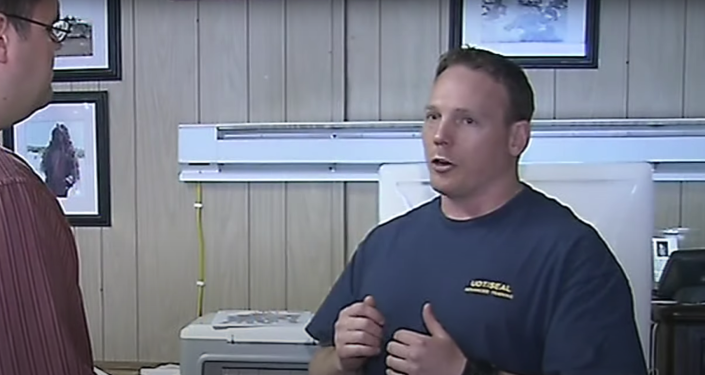 'It's Not For You': Man Who Attended US Capitol Riot Bans Biden Voters From Coffee Shop

Lisbon, Ohio, coffee shop owner Adam Newbold told reporters back in January that he believes the results of the 2020 US presidential election were "fraudulent." The pro-Trump business owner also maintained that he did not storm the US Capitol building on January 6 because he only went on the steps, and did not go past the doorway.

While most US business owners are welcoming any and all customers after a year of COVID-19-related closures and lockdowns, Newbold recently took to the web and rolled out a laundry list of persons unwelcome at C4 Coffee.

Newbold, a retired US Navy SEAL, also emphasized in the video description that "Americans aren't blind and they aren't stupid. At least not all of us."

In his polarizing company advertisement, the coffee shop owner also recounted the riot on the US Capitol building, an incident he described as "a very volatile situation."

"I was there, I witnessed the patriotic angry Americans chanting, 'USA, USA,'" Newbold said, noting that although he was there, he did not participate in any illegal activity and remained outside the US Capitol building.

In a January interview with WKBN, Newbold said that he became enraged when he heard supporters of former US President Donald Trump breached the Capitol building.

No criminal charges have been leveled against Newbold in connection with the January 6 incident. The Ohio resident has also spoken with the Federal Bureau of Investigation.

"The assertion that I or anyone with me had the intent to commit sedition or to overthrow the government is absolutely absurd. I feel I have stood strongly for the government, the president and the Constitution," he told WKBN.