As property prices in the Cornish town soar, residents are dismayed that a landmark policy to curb investment buyers has proved ineffective

As the afternoon sunshine breaks through the clouds and gaggles of tourists devour ice-creams at the nearby harbour beach, Walker is reminiscing about how this area – known locally as “downlong” – was once affordable for young renters and was populated with traditional B&Bs. 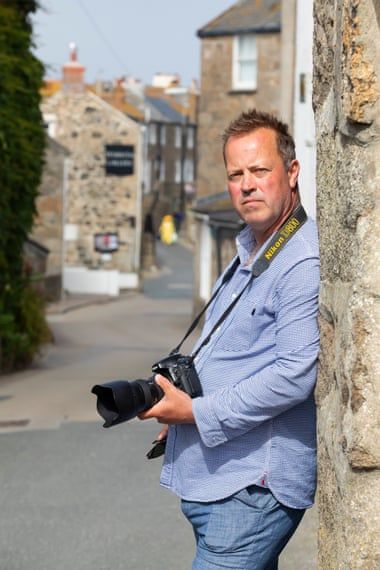 St Ives resident Leo Walker: ‘Something should have been done about housing poverty 20 years ago.’

“I used to pay £25 a week to live here, but those prices are long gone,” he says. “Housing poverty here is not a new thing. Something should have been done about it 20 years ago.”

In 2016, residents in St Ives voted to take action against the scourge of second home ownership. By inserting a “principal residence” condition into the sale of new-build properties, a mechanism known as Policy H2, the St Ives Area Neighbourhood Development Plan hoped to curb the influx of investment buyers, while providing better and more sustainable housing prospects for locals.

Residents of Whitby in Yorkshire recently voted in favour of similar action. But the people of St Ives have a warning for them: such action may not be “bold enough”.

Morag Robertson, chair of St Ives Community Land Trust, says: “The policy was designed to temper the feverishness at the edges of the market and to ensure open land was used for housing for local people, not for speculative investments or holiday lets. We think that’s been a success, but we should’ve gone further. 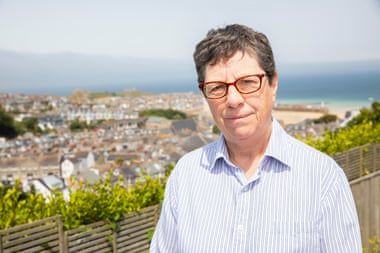 Morag Robertson, of the St Ives Community Land Trust, says Policy H2 was a success, but ‘we should have gone further.’

The average sale price of a home in the heart of St Ives has risen from £336,153 in 2016 to £556,493 this year. Local estate agents attribute some of that increase to heightened demand throughout the south-west since the Covid pandemic, but lifelong resident Vaughan Bennett feels “the horse had already bolted”.

“You won’t hear a St Ives voice here anywhere, it’s now a glorified holiday camp,” he says. “I’m Cornish born and bred; a big chunk of my heritage has gone. I don’t feel good about that.”

Bennett collects waste on behalf of holiday companies in St Ives and feels “conflicted” about being part of such a ravenous tourism industry. “I don’t know what anyone can do about St Ives,” he adds. “Perhaps restrictions will work elsewhere, but not this end.”

“Amnesty International recently said housing needs to be enshrined in human rights – I agree, it does,” she says. “The way things are now, we’ve lost our moral compass.

“The fact that you’ve got queues of people stepping up for a referendum to change things in Whitby is really important. There are many more honeypot areas like this, and I think more places will follow suit.” 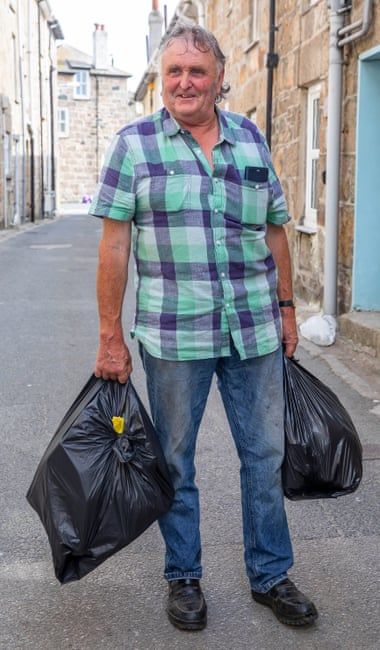 Local Vaughan Bennett: ‘I’m Cornish born and bred – a big chunk of my heritage has gone.’

Even the tourists themselves are sympathetic. Paul Thomas and his family live in Upton St Leonards, near the Cotswolds, and say their community has been eroded by second-home owners.

“Houses in our village get bought up by people from London who then lease them out,” Thomas says. “You have to find the right balance between tourism and residential, because tourism does fund these areas.”

However, many academics have criticised the limitations of Policy H2. Among them is Nick Gallent, professor of housing and planning at University College London.

“If you’ve decided to buy a second home in St Ives, do you really want a new redbrick house on a peripheral estate or are you looking for an old fisherman’s cottage by the harbour?” he says. “I think most buyers want the cottage. But H2 hasn’t restricted the sale or usage of existing properties. That’s the problem.

“H2 in St Ives was an act of political theatre because the local authorities needed to be seen to be doing something. That’s not a criticism of them – they’re doing what they can with the powers they have through the planning system.”

Andrew George, formerly MP for St Ives, is calling for intervention at national level. “Since the late 80s, I’ve argued for a new planning use class for non-permanent occupancy,” he says. “So any person wishing to convert an existing property from permanent to non-permanent use would need to apply for planning permission. 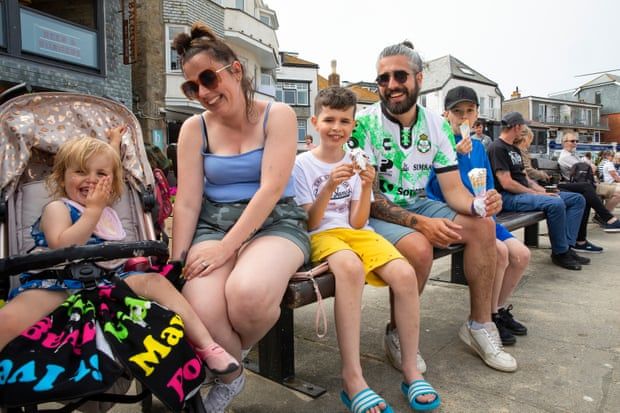 Tourist Paul Thomas, with his family, is sympathetic about the housing problem.

As Walker wanders the streets of St Ives pondering the merits of ethical tourism, he describes the current situation as “an economic accident”. Yet he says he is lucky.

“My mum bought a four-bedroom house in 1971 for £15,000 – it’s now worth £1.1m,” he says, pointing “uplong” to their family home on the hillside. “We don’t want to sell it because we live there together. But if it wasn’t for that house, I couldn’t afford to live here because I don’t have a million pounds for a house!”