Itchy eyes, runny noses, and sneezing fits. These are just some of the symptoms that are all too familiar with those who suffer from hay fever.

While it can be a mild condition for some, it can be debilitating for others, having a big impact on their work and social lives.

This period in the calendar brings with it the usual remarks from long-term sufferers: "Hay fever is worse than normal this year."

For Megan McWhinney, a primary school teacher from Thornton in Lancashire, this year is "the first time I have had time off work with it".

Megan has had hay fever for seven years and had some of her worst-ever symptoms in mid-July.

"My eyes were sore, red, yellow and glassy. I could not see."

Megan's hay fever symptoms normally kick in each year in February, but this year they began at the end of June.

"I used to take antihistamines from February to October, but this year I stopped taking it as it was not affecting me.

"Then three weeks ago, I started getting symptoms again. My throat was horrendous, my ears started itching.

"There have been times where I have not wanted to leave the house."

And she is not alone.

"It feels like death," said Laura Stone, from Southend-on-Sea, Essex.

The 42-year-old experienced hay fever for the first time about eight years ago. For her, this year has been the worst. 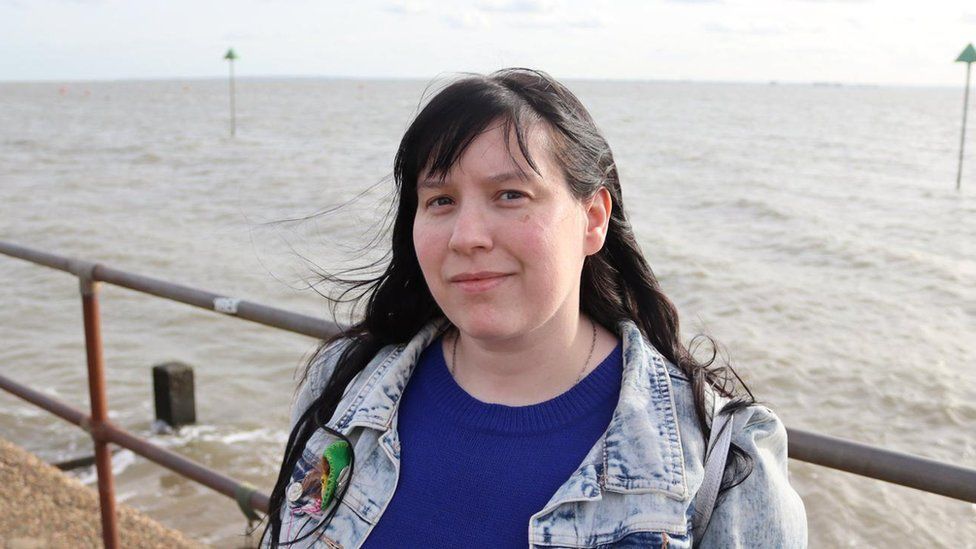 'This year has been the worst' - Laura Stone

"I'm making cups of coffee just to stay awake and moaning about being tired."

Laura's symptoms this year began at around the start of June - her eyes and skin became itchy, her sinuses became blocked and she started getting headaches.

After developing a cough, Laura thought she might have contracted Covid-19, but every test she did came back negative.

"Nothing works. I take a tablet daily and if I did not take it, it would be worse."

But just how bad is it?

Dr Beverley Adams-Groom, one of the UK's leading pollen forecasters, said pollen grains may be getting more potent due to CO2 levels in the atmosphere.

"Pollutants from traffic can interfere with the respiratory system and reduce the threshold that people start to experience symptoms," she added.

A warm May with sufficient rainfall, followed up by a warm June, meant there was also good grass pollen growth and production this year, Dr Adams-Groom said.

Hay fever is largely treatable, but some high count days can feel unbearable.

Studies show that some pollen types across Europe are already becoming more severe, with longer and earlier seasons.

Research from Dr Adams-Groom shows that climate change could be a driving factor behind changing patterns in the UK. 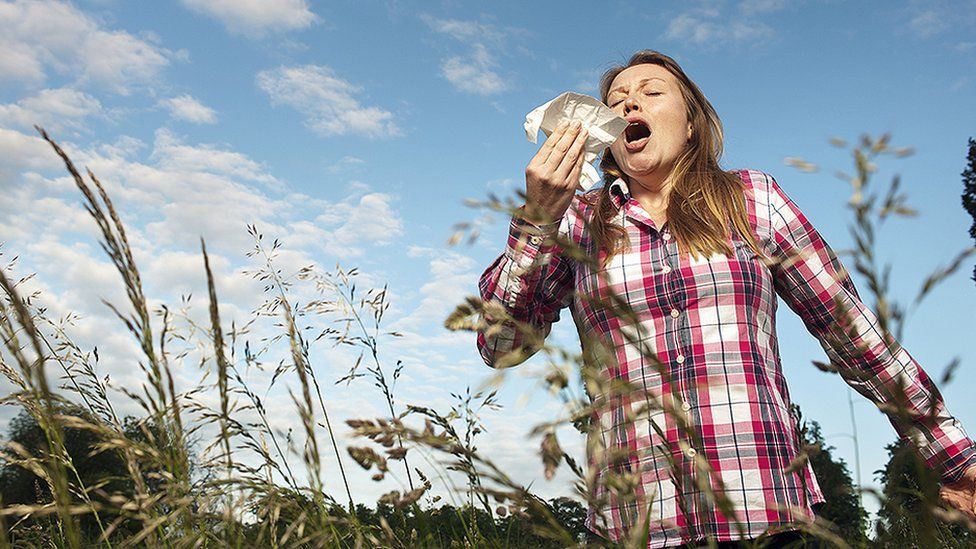 Pollen seasons for different plants and trees happen at different times of the year - broadly starting with tree pollen in mid-March, and ending with weed pollen by September.

*  Grass pollen season is not getting more severe or longer, but the first high-count day is getting earlier.

It means people who are allergic to both tree and grass pollen could get a "double-hit" as the seasons become longer and overlap, according to Dr Sophie Farooque, hay fever expert and author of Understanding Allergy.

"You can end up breathing in both pollens simultaneously, rather than having a bit of a break from one to the next," she said.

Pollen potency is not currently being monitored in the UK, but the Met Office says climate change could be making it more intense.

Research shows that air pollution could potentially be making each pollen grain more potent and more likely to trigger an allergic reaction, according to Dr Farooque.

The climate emergency could even increase future allergy season severity by up to 60%, in the event that CO2 emissions double. 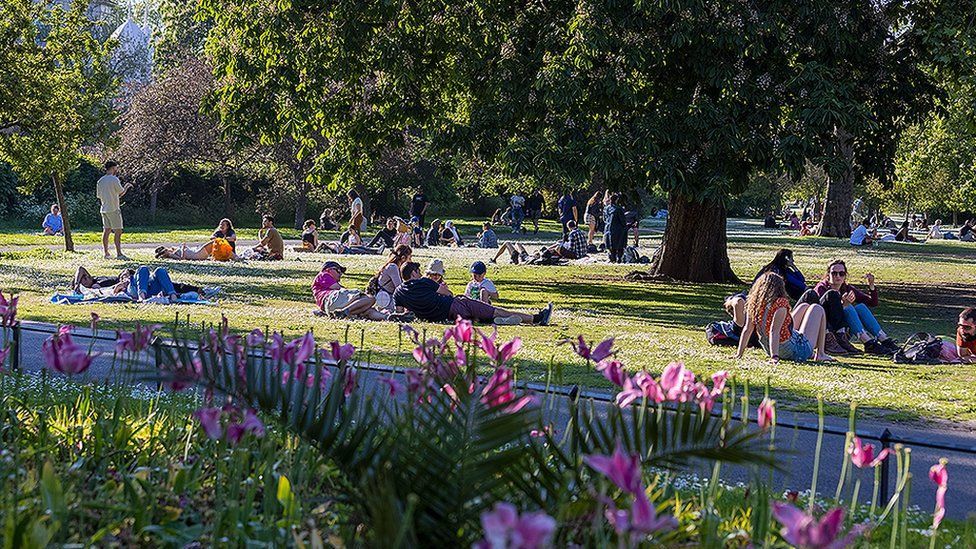 An idyllic scene from the British summer for some... but not if you suffer from hay fever

The number of people reporting symptoms may also be on the rise, according to immunologist Professor Sheena Cruickshank.

A poll of 7,000 people found that up to 37% had developed symptoms for the first time in five years.

While genetics play an important part, hay fever does not have to run in your family for you to develop symptoms yourself.

"I was the first in my family to have hay fever," Professor Cruickshank said.

Developed countries, like the UK, tend to have a greater prevalence of hay fever, with higher rates in urban areas.

More than half of the global population live in urban areas, and that figure is projected to climb to 68% by 2050, according to the United Nations.

And it is the microbiomes of these urban environments which could be changing our immune response towards pathogens including pollen, according to Professor Cruickshank.

How to treat hay fever

There is no cure and you can't prevent it, but there are a number of ways you can ease your symptoms:

*  Reduce your pollen exposure where possible - showering when coming in from outside, closing windows and wearing masks can all help, according to Dr Farooque. The NHS recommends staying indoors where possible, but suggests wearing wraparound sunglasses to stop pollen getting into your eyes when outside.

*  Take an antihistamine - pharmacists can advise on drops, tablets - such as cetirizine, fexofenadine and loratadine - or nasal sprays.

*  Steroid treatment, such as steroid nasal spray, which your GP might prescribe.

*  Immunotherapy - your GP may refer you if steroids and other treatments do not work. You will be given small amounts of pollen as an injection or tablet to slowly build up your immunity.

If you have any concerns or need any advice, please consult your GP or local pharmacist.