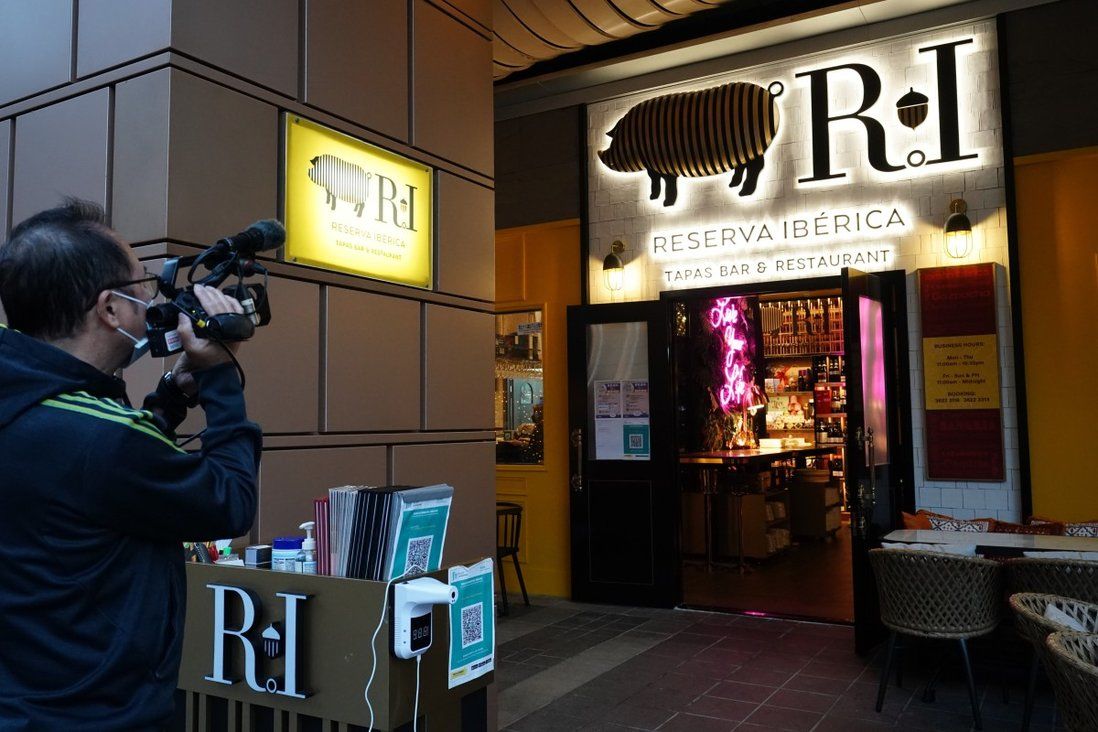 More than 200 people now linked to party thrown for pro-Beijing figure, double what was initially thought, with some guests still unaccounted for.

A recent birthday party attended by Hong Kong government officials and lawmakers in the middle of an Omicron outbreak is proving to be a major epidemiological headache for authorities as a number of guests remain unaccounted for, have hidden their whereabouts or were not using a risk-exposure app.

Fears over the existence of more so-called “invisible guests” at the party emerged after a 43-year-old woman who tested preliminary-positive was found to have attended the gathering last Monday without being on the guest list.

The public health scandal erupted last week after it emerged that 14 officials and 20 lawmakers were among some 200 guests who last Monday attended the 53rd birthday party of Witman Hung Wai-man, a delegate to the national legislature. They were exposed to a coronavirus-infected guest, Celia Wong, 37, a member of the Chinese Manufacturers’ Association’s youth committee. 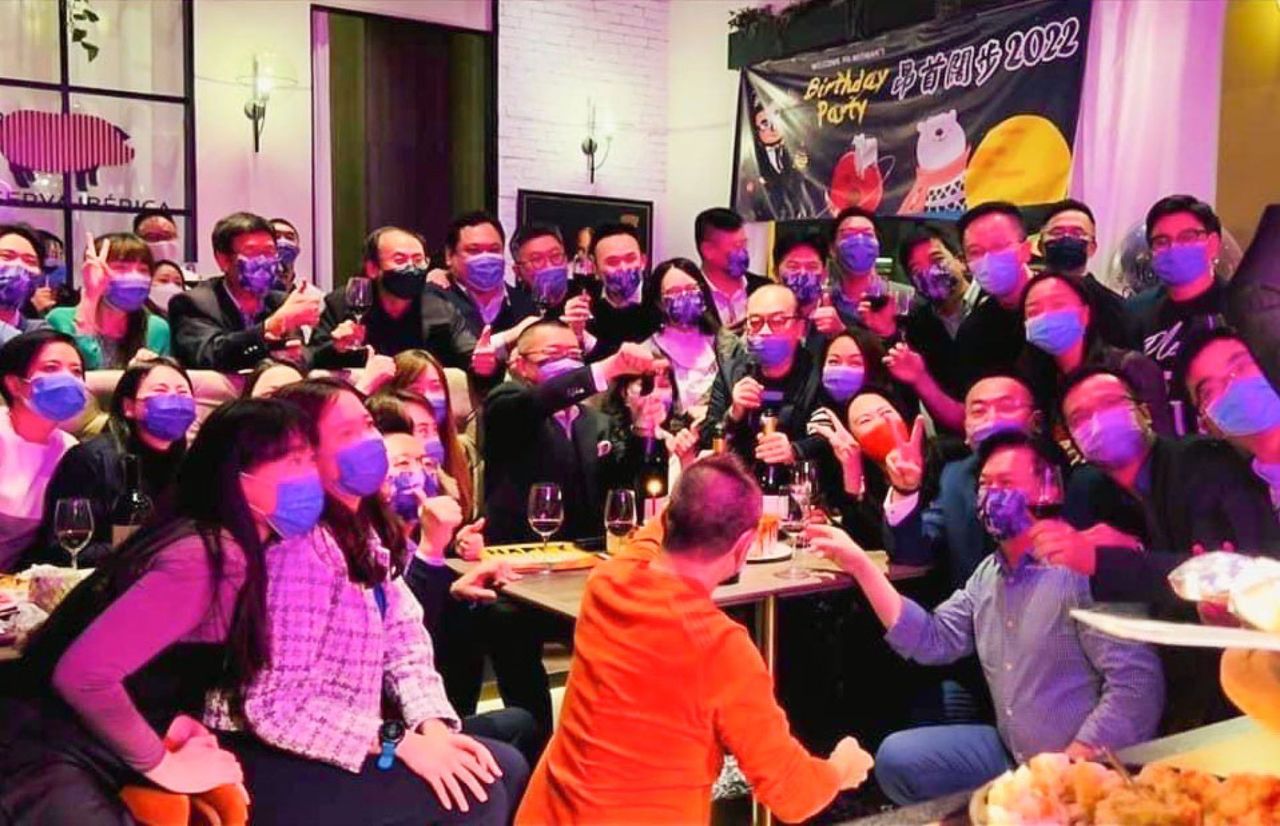 Guests at the birthday party of Witman Hung, a delegate to the state legislature.

The 43-year-old woman’s previously unknown link to the birthday party – she had gone to it with Wong – sent another local deputy to the National People’s Congress, Ma Ho-fai, into quarantine. He and his wife had dined with the second woman at Happy Valley Racecourse last Wednesday.

Speaking to the Post on Monday, Ma recalled that by the end of the dinner, the woman, whom he did not name, received a call from Wong informing her she had been infected.

“I knew both of them are very close, so at that moment I was alerted as well. My wife and I subsequently were tested over the next few days – which returned negative results – before the [43-year-old] lady tested preliminary-positive on Saturday,” he said.

Ma said he would not blame anyone as he could not grill his dinner guests about their schedules. While he did not attend Hung’s party, he argued it would be difficult for the organisers to provide an exhaustive guest list given people could “come and go”.

On Monday, Dr Chuang Shuk-kwan, head of the Centre for Health Protection’s (CHP) communicable disease branch, revealed authorities had managed to trace 214 people who had joined the party, a gathering that was earlier said to only have around 100 people present.

Chuang urged the party-goers who had not come forward to contact the centre directly as there were no surveillance cameras at the restaurant. She warned of legal consequences for anyone who deliberately misled the investigation.

Another party attendee, Dr Daniel Chu Wai-sing, husband of RTHK host Joyce Yeung who was later ruled a false positive case, admitted on a radio show on Monday he did not scan the government’s “Leave Home Safe” app before entering the venue, a Spanish restaurant in Wan Chai, that night. 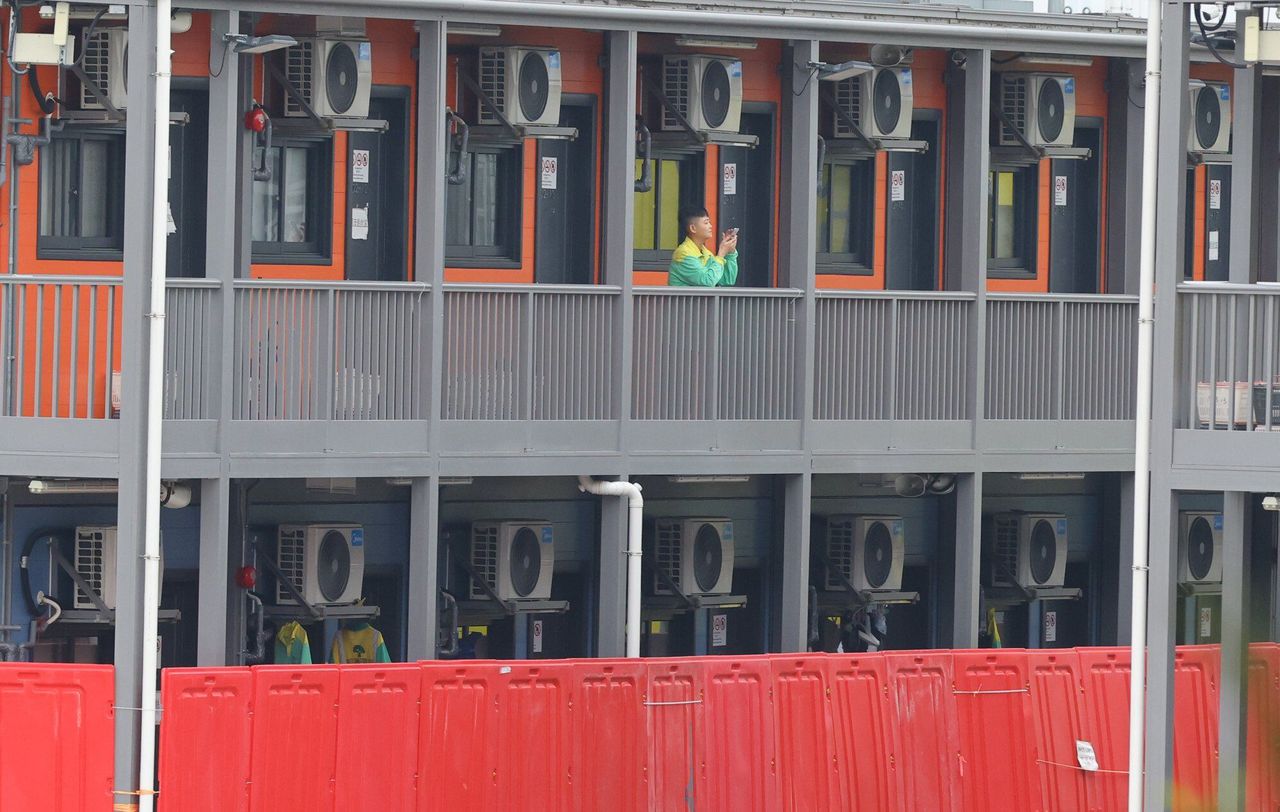 Some guests, including high-ranking officials who attended the party in question, have been sent to the Penny’s Bay quarantine facility.

He said he did not spot the QR code and even questioned the radio hosts if they were indeed “law-abiding” in using the app when out and about.

New People’s Party lawmaker Judy Chan Kapui, one of the 20 lawmakers who attended Hung’s party, also said she believed it would be difficult for organisers to provide a complete guest list as invitees were not required to register beforehand.

Chan said she had scanned the app herself, as staff at the Reserva Iberica restaurant did not even notice her when she entered the venue.

“We already decided to leave early after spotting the crowd at the restaurant, which was not that big,” she said, referring to her party colleague Eunice Yung Hoi-yan and Lai Tung-kwok. But she added: “A lot of people did not wear masks as they were either eating or drinking.”

The trio, all returned via the Election Committee constituency, eventually stayed for around 15 minutes to show courtesy and greet their voters who were at the party, Chan said. Hung was also a member sitting in the 1,448-strong committee tasked with picking the city’s leader and 40 lawmakers.

Emil Chan Ka-ho, a member of the Smart City Consortium now quarantined in Penny’s Bay after attending the party, said the birthday debacle had exposed the inadequacies of the “Leave Home Safe” app, which only notified users who had been to high-risk areas but did not collate a list of who had visited a place at a certain period.

A source from the CHP admitted the existence of “invisible guests” at the party posed great difficulties for their contact-tracing efforts.

“These people could be the next infected case and they could be spreading the virus in the community before they test positive,” the source said.

Speaking on condition of anonymity, he added they were relying entirely on the confirmed cases’ personal accounts of whom they had met and where they had been to conduct contact tracing. Authorities also needed users’ consent to check the “Leave Home Safe” app for their whereabouts.

Police could refer to electronic spending records – such as Octopus cards – to trace people in the absence of consent over the app, and if the confirmed cases said they could not account for where they went or claimed they did not have the app, the source added.

Three officials and four lawmakers, who remained at the party after 9.30pm when the two infected women arrived, are still at Penny’s Bay while the others, including 11 government officials, were released after Yeung was declared false positive.

But the government has ordered the 11 officials to self-isolate at home for nearly two weeks – using their leave – and test negative three times, before they can resume work.

Chief Executive Carrie Lam Cheng Yuet-ngor had earlier ordered an investigation into the conduct of the officials, expressing “deep disappointment” at their actions, singling out home affairs chief Caspar Tsui Ying-wai, who stayed beyond 9.30pm, for censure.

According to a Legislative Council paper on the accountability system for principal officials, introduced in 2002, political appointees have to step down for serious failures relating to their portfolios or over grave personal misconduct.

However, it does not stipulate the power of the chief executive on how to hold the officials accountable.

New People’s Party leader Regina Ip Lau Suk-yee, a former security minister, said such a mechanism was not needed given the political appointees’ term was only five years – same as that of the chief executive’s – and therefore they did not need to adhere to an elaborate disciplinary code as followed by permanent civil servants.

“For civil servants with permanent positions, any misconduct would lead to an investigation which could take two or three years, with a range of options from dismissal, compulsory retirement, demotion to salary deduction,” she said.

“But this mechanism would not be applicable to political appointees. It is entirely up to the chief executive to decide whether to fire them, or let them resign.”

Ip also argued that Lam’s order to have the officials use their personal leave for self-isolation was already a severe disciplinary action and tantamount to “financial punishment”.