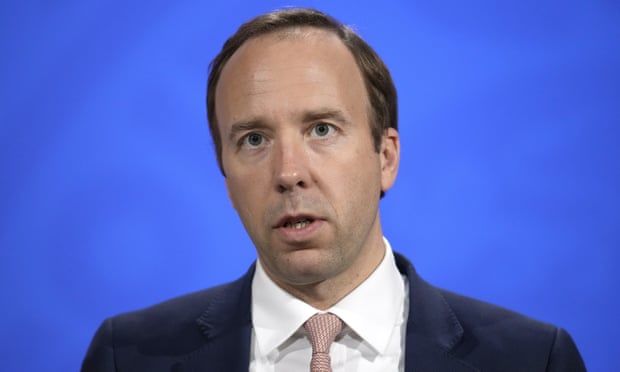 Investigation launched into private email use in Department of Health

The information commissioner has launched an investigation into health ministers’ use of private emails, prompted by revelations of Matt Hancock’s use of them for government business.

The watchdog will probe the use of all private correspondence channels used by ministers – which could include tools like WhatsApp – after concerns were raised about the former health secretary’s email, as well as private emails from health minister Lord Bethell.

The ICO has the power to seize evidence and even recommend criminal prosecution if information has been deliberately destroyed, altered or concealed.

Hancock is reported to have routinely used a private account, according to leaked minutes of an official meeting at the Department of Health and Social Care (DHSC). The minutes said Hancock was only dealing with his private office “via Gmail account” and said he did not have a departmental inbox.

The former health secretary resigned for breaching social distancing guidelines for an affair with his close aide. His use of emails will form part of the investigation.

Bethell, who oversaw the award of Covid contracts, has also faced calls for his resignation after the Guardian revealed that a number of emails were copied into his private email account. His address was copied into at least four official exchanges relating to a businessman who was attempting to get government contracts during the pandemic.

Elizabeth Denham, the information commissioner, said the use of private channels to conduct government business was “a concerning one” and could lead people to feel there was “a loss of transparency about decisions affecting them and their loved ones”.

She said the effects of decisions taken by government especially during the last 18 months would continue for years to come. “It is through transparency and explaining these decisions that people can understand and trust them,” she added.

“This frustrates the freedom of information process, and puts at risk the preservation of official records of decision making. I also worry that emails containing personal detail are not properly secured in people’s personal email accounts.”

She said she would undertake a formal investigation into the use of private correspondence channels at the Department of Health and Social Care, and has served information notices on the department and others to preserve evidence relevant to the inquiry.

Angela Rayner, Labour’s deputy leader, said she welcomed the investigation. “The government cannot be allowed to cover up dodgy dealings with taxpayers’ money being handed out to friends of ministers,” she said.

“What is important now is getting to the bottom of how far this shady practice extends across the government, and ensuring that the Covid public inquiry has access to all evidence.”

Bethell is also under formal investigation for sponsoring the parliamentary pass of Gina Coladangelo, the aide Hancock had a relationship with in breach of Covid rules.

Labour had called for an inquiry over the weekend, saying Bethell was Hancock’s “chum” and “dished her out a pass”, raising the prospect that there was “one rule for the Conservatives and their friends and another for everyone else”.

In a letter defending his actions to the Lords commissioner, seen by the Guardian, Bethell said Coladangelo was unpaid and helped him with parliamentary research, drafted speeches and engaged with stakeholders.

He said Coladangelo’s pass was granted on 12 March 2020 under the name Gina Tress, her married name, but the rules in relation to how lords could sponsor passes were changed in November 2020 and he cancelled the pass the following month.
#covid
Add Comment