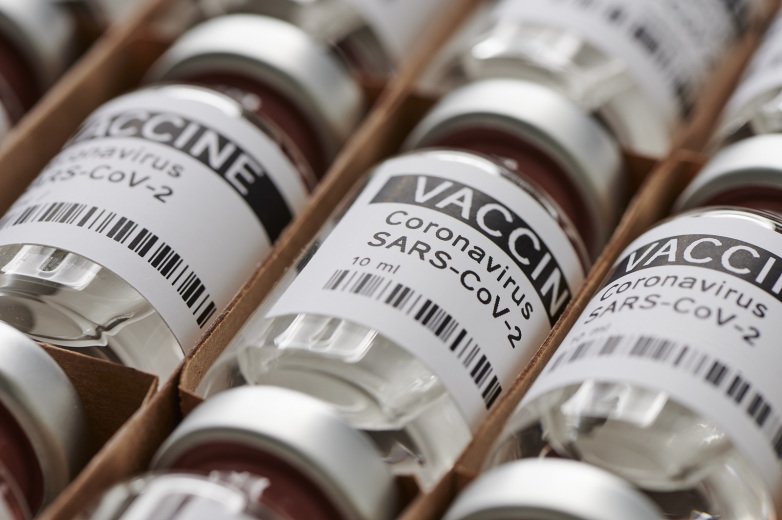 The scientist behind the promising Pfizer coronavirus vaccine with more than 90% efficacy says the drug can end the pandemic. BioNTech CEO Uğur Şahin explained in an interview that the vaccine protection from symptomatic infections “will have a dramatic effect” on the health crisis. Several experts already explained that completely eradicating COVID-19 seems unlikely, but vaccines will help end the pandemic and turn the novel coronavirus into an endemic illness, like the flu.

Pfizer may be getting all the glory in the US. But the coronavirus vaccine that the company announced is more than 90% effective against the pathogen wasn’t actually created by Pfizer. A German company called BioNTec developed the mRNA vaccine, which was a first for the industry when it was developed.

And now that the BioNTech drug showed incredible efficacy according to interim data, BioNTech CEO Uğur Şahin thinks that the drug has the potential to end the pandemic.SARS-CoV-2 is the virus that causes COVID-19, and it isn’t likely to go away anytime soon. The idea of eradicating it is only theoretical.

That’s something we heard time and again from experts in the field, including Dr. Anthony Fauci and World Health Organization officials. Factors like the virus’s infectivity, mutations, the unknown efficacy of vaccines, the phased rollouts of vaccines, the major logistical hurdles, the public resistance to immunization, and limited coronavirus immunity make eradication practically impossible.

And if the world ever reaches that point, it will take many years until vaccines are improved and enough people get COVID-19 shots routinely. But eradication isn’t necessary in order to end the pandemic — and Şahin says the Pfizer/BioNTech drug can help the world do just that.

“If the question is whether we can stop this pandemic with this vaccine, then my answer is: yes, because I believe that even protection only from symptomatic infections will have a dramatic effect,” Şahin told The Guardian in an interview.

The scientist said that he wasn’t sure until Monday whether the vaccine would trigger a strong enough reaction. “It was possible that the virus isn’t really targeted by the vaccine, finds its way into the cells, and continues to make people ill. We now know that vaccines can beat this virus.”

Once the full data from Pfizer’s Phase 3 trial is available, the two companies will have better results that include a final efficacy rate. Not all questions will be answered immediately, however. The companies might need up to a year to determine whether the vaccine can stop asymptomatic infections or even effectively block the infection. Şahin explained that once the virus reaches the body, it works “in more ways than one.”

“The vaccine hinders Covid-19 from gaining access to our cells. But even if the virus manages to find a way in, then the T-cells bash it over the head and eliminate it,” he said. “We have trained the immune system very well to perfect these two defensive moves. We now know that the virus can’t defend itself against these mechanisms.”

Even if an infection occurs, the vaccine would raise a faster response and patients should be less likely to develop severe symptoms. That’s the goal of the first wave of vaccines, according to Dr. Fauci.

The German scientist also tacked the speed of development for mRNA vaccines. The fact that the method uses genetic code from the virus has shortened the production process by almost three months. Pfizer’s involvement brought in expertise and resources that further streamlined the development process, reducing it to 10 months instead of years. “There was practically no waiting time,” he said. “Imagine you want to get from one end of London to the next, and there are traffic jams everywhere. You would need half a day. For our project, the streets were empty.”

Şahin also dispelled notions that Pfizer and BioNTech withheld vaccine data from the American public and waited to release it until after the presidential election, something President Trump claimed on Twitter earlier this week. He said he found out the news from Pfizer CEO Albert Bourla on Monday, one day before the companies announced it to the world. Bourla himself received the interim results a few minutes before calling Şahin in Germany.

As for coronavirus immunity, the BioNTech CEO said he hops vaccinated people will be immune from the illness for at least a year, although it’s still too early to draw any real conclusions. “We only have indirect clues so far [regarding the duration of immunity],” he said. “Studies of Covid-19 patients have shown that those with a strong immune response still have that response after six months. I could imagine we could be safe for at least a year.” The expert also acknowledged that people might need to “top up” with annual vaccines.

Pfizer and BioNTech are only two of the hundreds of teams developing coronavirus vaccines. The more drugs that are approved, the easier it will be for more countries to get access to them — and the sooner the pandemic will end. When enough people get vaccinated with whatever drugs regulators approve, and enough people develop immunity after infection or immunization, health officials will declare the pandemic over. Once that happens, COVID-19 will probably become endemic and far less deadly, just like the flu.
Add Comment