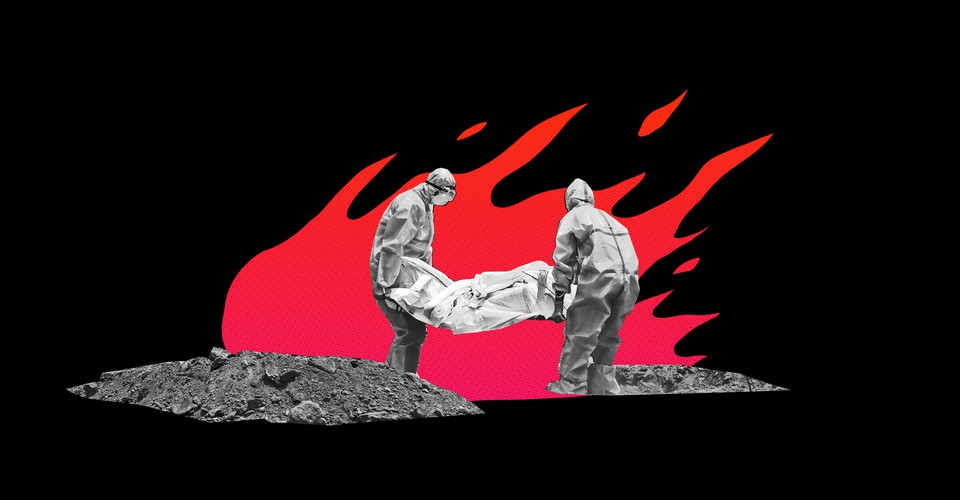 India Is What Happens When Rich People Do Nothing

The chamber of horrors the country now finds itself in was not caused by any one man, or any single government.

This month, Arvind Kejriwal, the chief minister of Delhi, India’s capital and home to millions, tweeted that the city was facing an “acute shortage” of medical oxygen. The message was illuminating on a number of levels: First, his resorting to social media, rather than working through official channels, points to a lack of confidence in Prime Minister Narendra Modi’s government (though this is also at least partly because Kejriwal does not belong to Modi’s party); second, Kejriwal’s tweet emphasizes how Twitter has become a principal means by which Indians appeal for help.

Individual tales of people finding oxygen or a hospital bed via Twitter cannot hide the reality: There will soon be no beds left. Medicines are running out. There aren’t enough ambulances to carry the sick to get care, nor are there enough vans to carry the dead to graveyards. There aren’t even enough graveyards, nor enough wood to burn the necessary pyres.

Laying the blame for India’s coronavirus disaster—hundreds of thousands of new cases and thousands of deaths each day, both of which are certainly a huge underestimate—at Modi’s feet would be easy. Certainly, much can be attributed to his government: After the virus landed on India’s shores, he imposed a brutal shutdown—one that largely hurt the poorest and most vulnerable—without consulting the nation’s top scientists, yet did not use the time to build up the country’s health-care infrastructure; his administration offered little in the way of support for those who lost their job or income as a result of restrictions; and rather than taking advantage of low case counts in prior months, his government offered an air of triumphalism, allowing enormous Hindu religious festivals and crowded sporting competitions to go ahead.

India’s experience of the pandemic will be defined by this enormous second wave. But the chamber of horrors the country now finds itself in was not caused by any one man, or any single government. It is the greatest moral failure of our generation.

India may be classified as a developing or middle-income country, and by international standards, it does not spend enough on the health of its people. Yet this masks many of India’s strengths in the health-care sector: Our doctors are among the best trained on the planet, and as is well known by now, our country is a pharmacy for the world, thanks to an industry built around making cost-effective medicines and vaccines.

What is evident, however, is that we suffer from moral malnutrition—none of us more so than the rich, the upper class, the upper caste of India. And nowhere is this more evident than in the health-care sector.

India’s economic liberalization in the ’90s brought with it a rapid expansion of the private health-care industry, a shift that ultimately created a system of medical apartheid: World-class private hospitals catered to wealthy Indians and medical tourists from abroad; state-run facilities were for the poor. Those with money were able to purchase the best available care (or, in the case of the absolute richest, flee to safety in private jets), while elsewhere the country’s health-care infrastructure was held together with duct tape.

The Indians who bought their way to a healthier life did not, or chose not to, see the widening gulf. Today, they are clutching their pearls as their loved ones fail to get ambulances, doctors, medicine, and oxygen.

I have covered health and science for nearly 20 years, including as the health editor for The Hindu, a major Indian newspaper. That time has taught me that there is no shortcut to public health, no opting out from it. Now the rich sit alongside the poor, facing a reckoning that had only ever plagued the vulnerable in India.

Averting our gaze from the tragedies surrounding us, remaining divorced from reality, in our little bubbles, are political and moral choices. We have been willfully unaware of the ricketiness of our health-care system. The collective well-being of our nation depends on us showing solidarity with and compassion toward one another. No one is safe until everyone is.

Our actions compound, one small act at a time—not pressing for greater attention to the vulnerable, because we are safe; not demanding better hospitals for all Indians, because we can afford excellent health care; assuming we can seal ourselves off from our country’s failings toward our compatriots.

A prior Indian tragedy shows the shortcomings of that approach.

Shortly after midnight on December 3, 1984, in the central Indian city of Bhopal, a tank in a pesticide factory leaked, releasing methyl isocyanate into the night sky. What would unfold in the following hours, days, weeks, months, and years was the world’s worst industrial disaster.

Officially, the Indian government says that 5,295 people died overall—others put the death toll far higher—and hundreds of thousands suffered chemical poisoning. The run-up to and the immediate aftermath of the incident were chaotic: The company that owned the plant had not kept its security and safety precautions up to date, and locals and medical professionals in the area were not aware of how to protect themselves.

Over time, toxic pollution from the plant contaminated the soil and groundwater around the site, resulting in higher-than-average rates of cancer, birth defects, and respiratory disorders. The area is still a toxic mess. The company, the local and state government, and India’s federal authorities have all consistently blamed one another. The deaths began decades ago, yet the suffering continues now.

I moved to Bhopal after the leak and grew up there, a city filled with people carrying the intergenerational cost of what is now known simply as “the gas tragedy.” Outside Bhopal, many Indians do not recall the city beyond a vague sense of some long-forgotten disaster. The gas tragedy is a faraway one to them, consigned to history. But living in Bhopal, and seeing the impact the leak had, I learned early in life that monumental failures, like monumental successes, are collaborative efforts, involving both the actions people take and the signs they ignore.

Many things went wrong then, and many people were responsible: Safety systems that could have slowed down or partially contained the leak were all out of operation at the time of the accident; gauges measuring temperature and pressure in various parts of the plant, including the crucial gas-storage tanks, were so notoriously unreliable that workers ignored early signs of trouble; the cooling unit—necessary to keep chemicals at low temperatures—had been shut off; the flare tower, designed to burn off methyl isocyanate escaping from the gas scrubber, required new piping.

What has happened since is perhaps more instructive. Indians have by and large forgotten the tragedy. The people of Bhopal have been left to deal with its fallout. Richer Indians have never had to visit the city, so they have ignored it. Yet their apathy signals a choice, a decision to look the other way as their fellow Indians suffer.

The photojournalist Sanjeev Gupta, a native of the city, has spent years documenting the aftermath of the disaster. Every so often, when media attention returns to Bhopal because of a new chapter in the long-running legal drama, his photos are typically the ones that grace the news reports. According to Gupta, the mass pyres now burning in Bhopal’s crematoriums as a result of coronavirus deaths are worse than anything he saw in 1984.

However inadvertently, we built the system that is failing us. Perhaps the COVID-19 crisis will teach us, as the gas tragedy should have taught us, that our decisions—to stay silent as others suffer—have consequences.
#donald trump  #covid 19  #covid  #coronavirus  #vaccines  #facebook
Add Comment