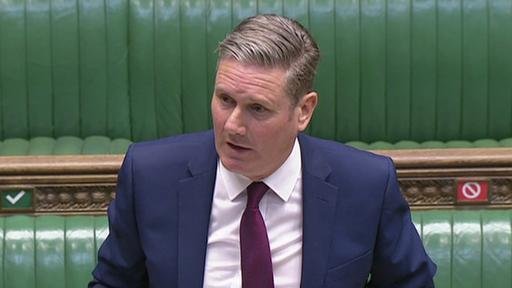 England's lockdown will be "longer and more damaging than it needed it to be" due to government "inaction", Labour's leader has said.

Sir Keir Starmer accused the prime minister of a "catastrophic failure" to follow earlier calls for national action from his scientific advisers.

MPs debated the month-long restrictions ahead of a vote on Wednesday.

Boris Johnson said they were the "only option we face" due to the "latest figures" on the spread of Covid-19.

The PM told MPs that he would "make no apology" for initially trying to avoid a national lockdown by following a regional approach to restrictions.

He added that not to take England-wide measures now would be a "medical and moral disaster" that would see the NHS "overwhelmed".

During a debate on the measures in the Commons, a number of Conservative MPs voiced concerns over the new restrictions.

One of them, Sir Charles Walker, warned about an "authoritarian, coercive state," whilst fellow Tory Philip Davies called lockdown a "failed strategy".

Sir Graham Brady, who chairs the Conservatives' backbench 1922 Committee, asked the government to publish a "full impact assessment" on the economic and health consequences of lockdown ahead of the vote on Wednesday.

Some Tory MPs called for more transparency on the scientific data underpinning the decision, whilst others called for a rethink on a planned ban on golf and tennis. 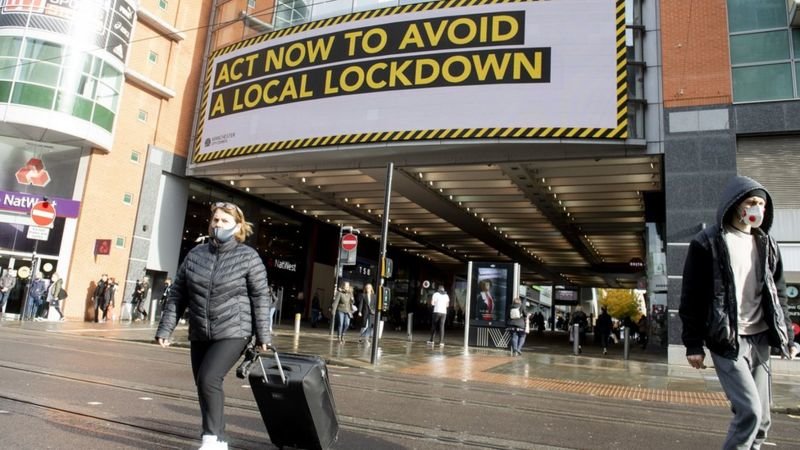 The prime minister hopes to return to a system of regional Covid restrictions after 2 December.

However with Labour supporting the new measures, they are highly likely to pass even if there is a rebellion from Conservative backbenchers.

Mr Johnson promised the new lockdown would be "time-limited" and automatically end on 2 December unless MPs vote to extend them.

Commons leader Jacob Rees-Mogg confirmed MPs will have 90 minutes to debate the new restrictions on Wednesday, ahead of the vote.

He added that "all of the scientific information" underpinning the decision would be published for MPs to examine.

On Sunday, Cabinet Office Minister Michael Gove said the lockdown could be extended if the spread of the virus is not slowed sufficiently.

Sir Keir accused the prime minister of not having learned the "central lesson" of the first wave of the virus, which he said was the need to act "early and decisively".

He said Mr Johnson had "ignored" the advice of the government's scientific advisers in late September for a short lockdown in England to get cases down.

"As a result, this lockdown will be longer than it needed to be - at least four weeks," he added.

"Rejecting the advice of his own scientists for 40 days was a catastrophic failure of leadership and of judgement".

He called for the government to "fix" its test and trace system, which he said should be taken away from private contractors and handed to local authorities.

Sir Keir had called for a two to three week lockdown in mid-October, whilst the Labour-led Welsh government began a 17-day lockdown on 23 October.