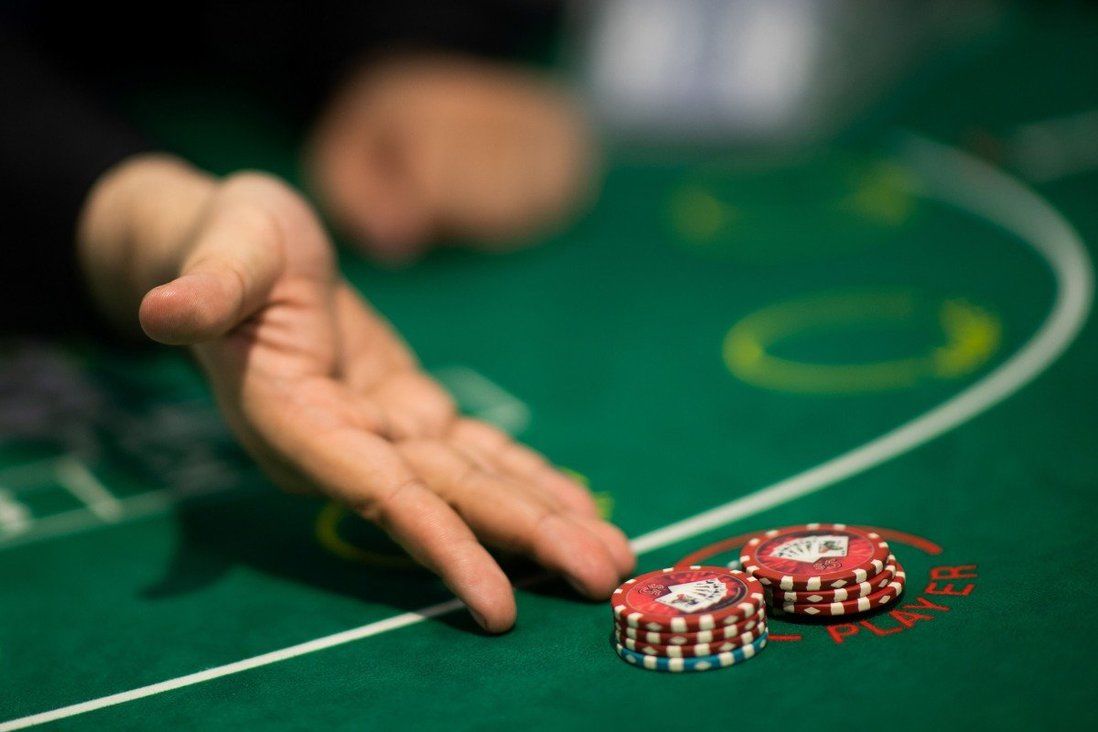 Illegal gambling in Hong Kong on the rise during pandemic

It took a year of counselling and a lot of determination for Chris to beat his gambling habit a decade ago. The Hongkonger had to sell his flat to clear a mountain of debt, and almost lost his marriage too.

Then the Covid-19 pandemic struck and the 37-year-old owner of a tourism company watched his income dry up with global restrictions on travel.

The financial pressure triggered his old urge to try and make easy money. Unable to travel to the casinos in Macau, he started going to an illegal gambling den last October, playing the popular card games Texas Hold’Em poker and baccarat.

“I wanted to win big,” says Chris, who is married with a son, 15, and daughter, 13, and did not want his full name revealed.

Instead of winning, he lost tens of thousands of Hong Kong dollars over a matter of months.

The pandemic, with its restrictions on social interaction and job losses, has led Hongkongers to gamble more for entertainment and to make money, and many have turned to illegal gambling.

Hong Kong police arrested 5,198 people last year for illegal gambling, the highest number in five years and up about 58 per cent from the 3,296 arrested in 2019. In the first four months of this year, 1,791 were arrested.

Social workers and counsellors warn that aside from breaking the law, illegal betting is more damaging to gamblers and puts them at increased risk of problem gambling.

The Sunshine Lutheran Centre, a counselling and treatment centre for problem and pathological gamblers, polled 330 people between May 11 and June 10.

More than half said they gambled, with one in five among them saying they did so more frequently or with more money during the pandemic.

Among those who gambled more, three in five said they did so because they had more free time, more than two in five bet for entertainment, and more than one in three did so because of reduced social activities. 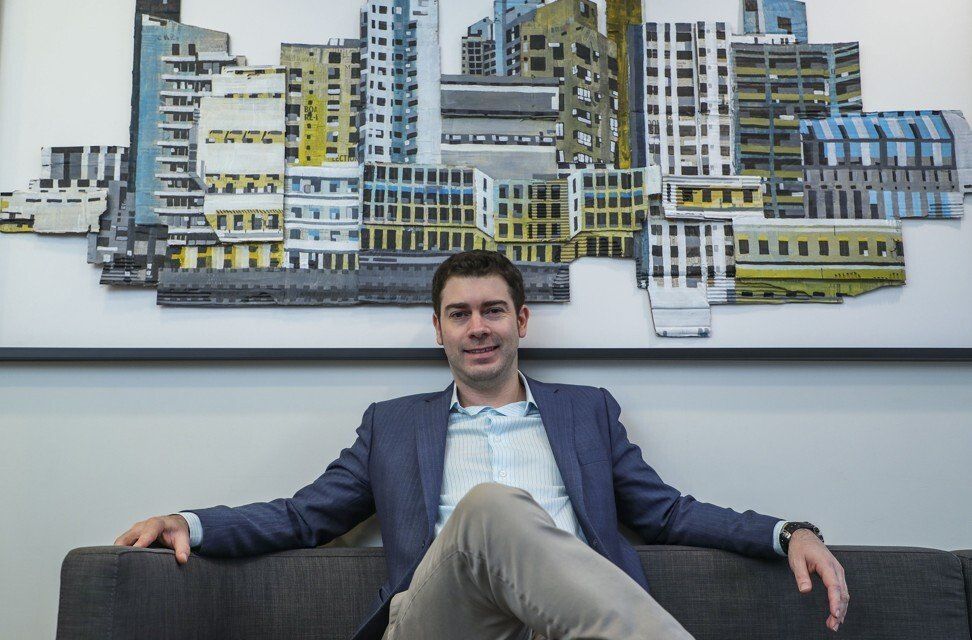 “Gambling has been viewed, erroneously, as a way of regaining some sense of empowerment in a world that feels increasingly out of our control,” he says.

Hongkongers’ favourite forms of gambling are the Mark Six lottery, mahjong, poker, betting on horse races and football, and heading to Macau’s casinos.

The Hong Kong Jockey Club is the only operator authorised by the government to run horse racing and football betting services, and the Mark Six lottery. 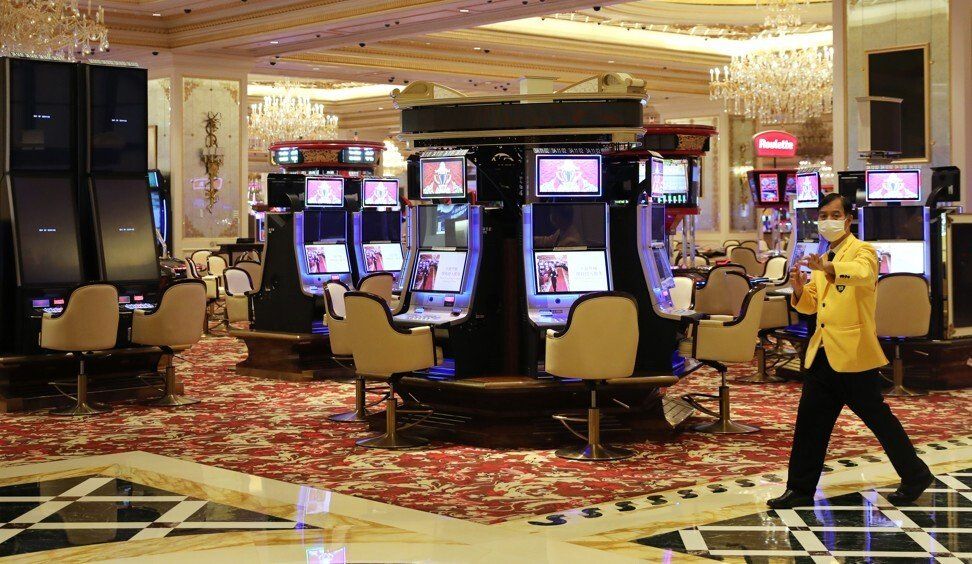 Macau’s casinos have closed during the coronavirus crisis.

The pandemic forced the club to close all 96 off-course betting branches and suspend the Mark Six lottery draw in February last year.

After on-and-off closures for a year, the betting branches reopened in February, and the Mark Six lottery draw resumed gradually since last September.

More than 3,000 football matches were cancelled. Only horse racing at the Happy Valley and Sha Tin racecourses, and related betting services, were unaffected. The club said it maintained full betting services via online and mobile platforms.

The reduction in legal options prompted some to choose illegal gambling.

Under the Gambling Ordinance, all gambling activities are illegal except for those run by the Jockey Club or provided by those licensed by the Home Affairs Bureau, such as mahjong parlours. Social gambling is exempted.

Those who accept bets illegally face a maximum penalty of HK$5 million and up to seven years’ jail, while illegal gamblers can be fined up to HK$30,000 and jailed for up to nine months.

In Hong Kong, illegal gambling is mostly run by triads or organised crime syndicates that rake in estimated annual profits of HK$12.5 billion.

On June 20, the police raided a triad-controlled bookmaking syndicate that took in more than HK$3.4 billion in illegal bets on horse races and football matches in the first four months of this year. Eighteen people were arrested, and accused of money laundering, bookmaking or placing illegal bets.

The Asian Racing Federation, a regional group of 29 racing authorities and organisations including the Hong Kong Jockey Club, estimated that illegal betting in Hong Kong rose by 10 to 20 per cent during the pandemic, or HK$2 billion to HK$3 billion in illegal betting profits.

In a report, it noted that from February to June last year, internet traffic from Hong Kong IP addresses to the illegal betting exchange Citibet, which takes bets on Hong Kong horse racing, increased 14.5 per cent compared to the same period in 2019. 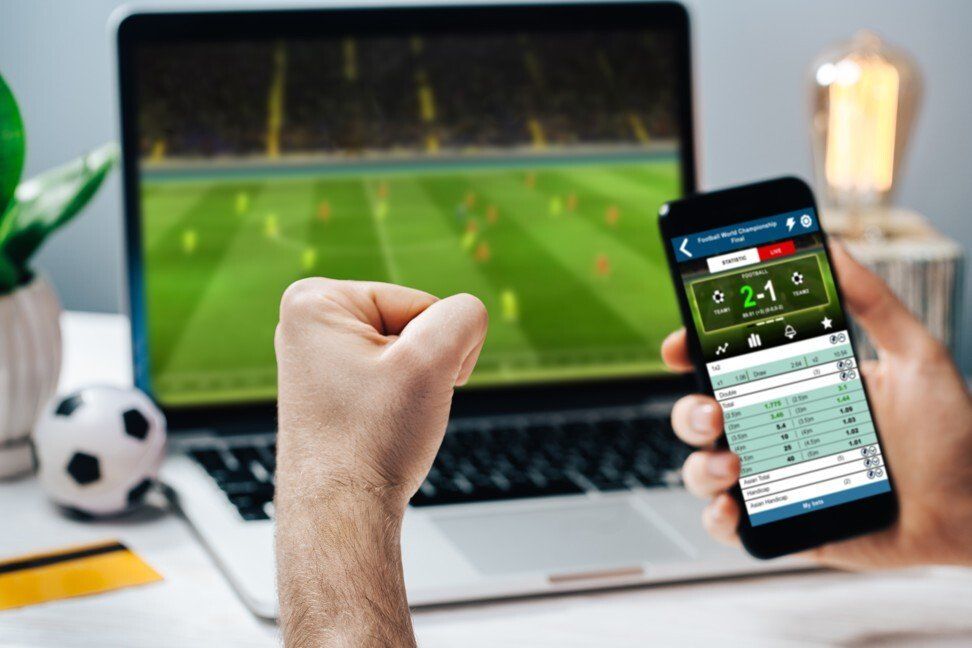 Betting online has boomed during the Covid-19 pandemic.

In the Sunshine Lutheran Centre survey, 52 of the 330 people polled said they gambled illegally, mostly by betting on football or through online gambling, poker, mahjong and basketball betting.

Many said they did so because of higher returns, easier money transfers and more betting options offered by the illegal gambling operators, and some said they turned to illegal gambling after the Jockey Club’s branches had suspended operations.

Of all forms of illegal gambling, online betting flourished among Hongkongers cooped up at home by pandemic restrictions.

Illegal operators have also stepped up promotions, including handing out pamphlets on the street, at car parks and in public housing estates, and sending promotional messages via mobile phone and social media sites, she says. 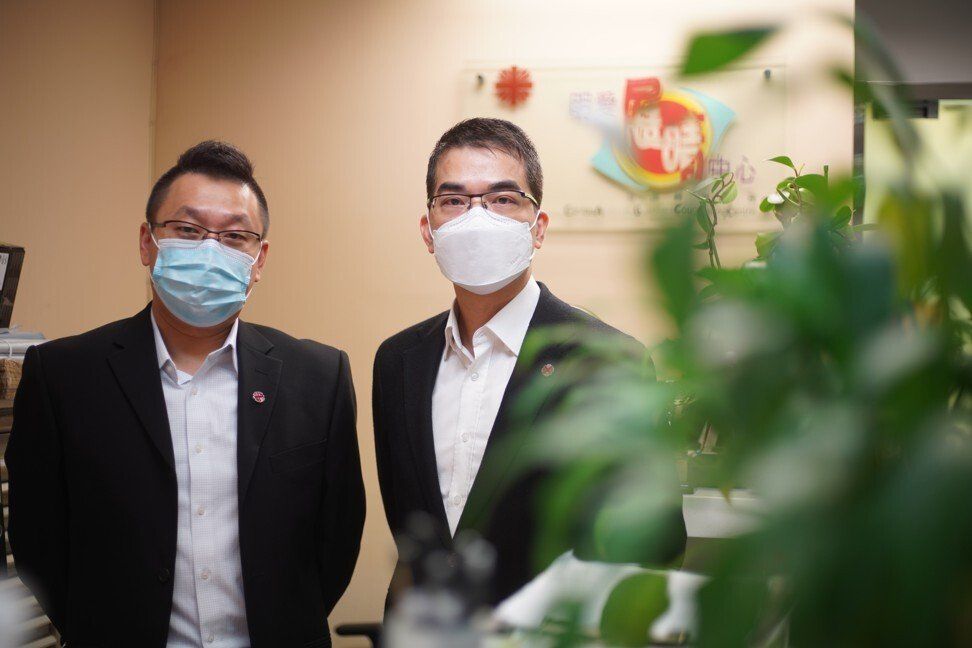 The Caritas Addicted Gamblers Counselling Centre has also seen illegal gambling on the rise among the 300 to 400 seeking help annually. The number went up from 29 in 2018 to 43 the following year and 51 last year. There were fewer than 20 such cases each year previously.

In March this year alone, 12 of its 37 new cases gambled illegally online.

He says the number of problem gambling cases usually jumps with major sports events, such as the ongoing Uefa European Football Championship, which lasts until July 11.

“The pandemic, the European Football Championship and the emergence of illegal online gambling may lead to an explosive surge in problem gambling cases,” he says.

The Caritas centre received nearly 5,000 hotline and WhatsApp inquiries on problem gambling last year, up about 12 per cent from about 4,400 in 2019. It received about 1,600 inquiries from January to May this year. 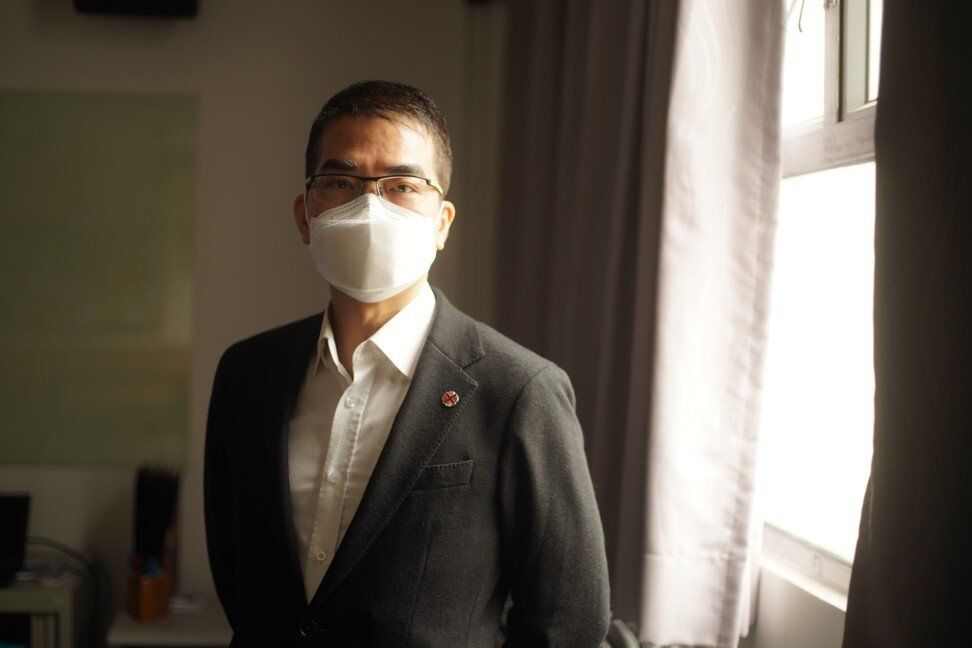 Lawrence Lee Siu-ki, the centre’s service consultant, says some types of gambling, such as betting on horse races and football, and casino games like baccarat, are designed to get gamblers hooked. Other factors, including family background, environment and personality, also make some people more vulnerable to problem gambling, he says.

Lee says addicts have a strong sense of compulsion to gamble and feel relieved after doing so. Their addiction leads to broken families, mounting debts, and physical and mental conditions, with some becoming suicidal.

He says only about 2,000 of the estimated 100,000 problem gamblers in Hong Kong seek help annually. Most of those who seek help are already affected severely and it takes six months to a year of counselling and treatment for them to quit gambling.

Many end up in dire straits after persisting in gambling despite having chalked up losses already, as they keep hoping for the elusive big win.

“Anyone who feels like chasing their losses or experiences psychological distress without gambling should seek help,” Lee says. “The sooner they seek help, the easier it’ll be for them to manage their condition.”

Lee and Chan want police to step up law enforcement on illegal gambling operators, and establish a referral mechanism to send gamblers to help centres.

They also call on the government, the Jockey Club, help centres and others to set up a centralised platform to tackle the problem. 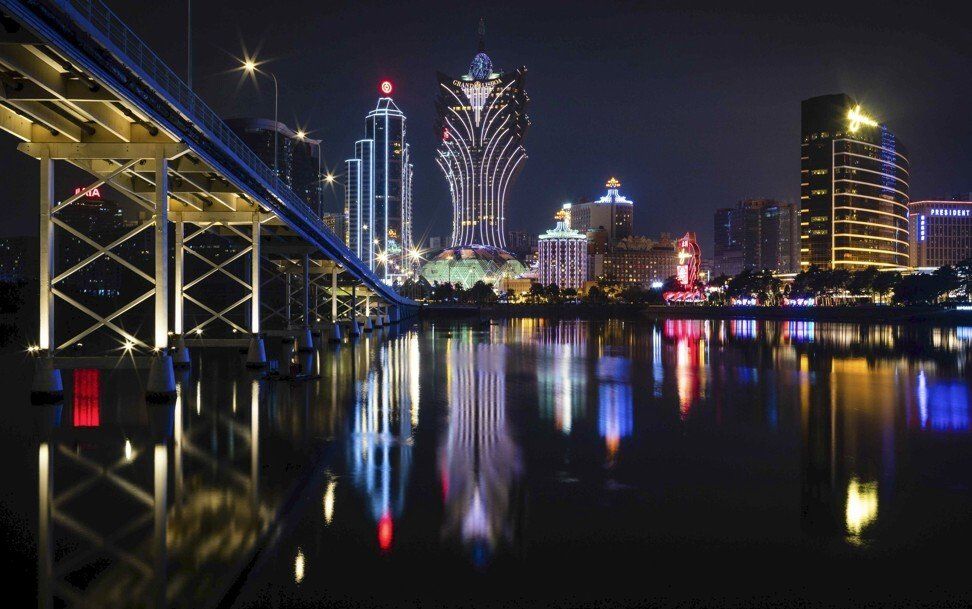 Over the past decade, gambler Chris has struggled to beat the urge to bet, haunted always by knowing that the habit nearly crushed him.

He began travelling to Macau more frequently, from once a month to twice a week, and soon was spending more there. The urge to gamble became so strong, he could not focus at work.

When he began losing money, it did not stop him as he was convinced his winning streak would return. Then he lost HK$2.5 million in four days, borrowed from loan sharks, and the debt kept snowballing until he was forced to sell his flat to repay it.

His wife was ready to divorce him. He turned to the Caritas centre in 2012 and began the long process of quitting gambling, and it helped save his marriage.

“I felt regretful. I only wish I did not gamble in the first place,” he says. “My life would be much better if I didn’t gamble.”

He stayed away from gambling completely for four years until 2016 when he started going to Macau casinos again.

After he began gambling illegally last year, he knew he was in trouble when he began losing more and more money, and became worried the worst would happen again. He also knew that what he was doing this time was illegal.

He called Caritas for help in May this year and after receiving counselling for more than a month, says he managed to overcome the urge to gamble.

Chris realises he is lucky to have got his life back together. He now works in the trading business.

“I feel healthy. My mind is clear and I can focus on my family and work,” he says.