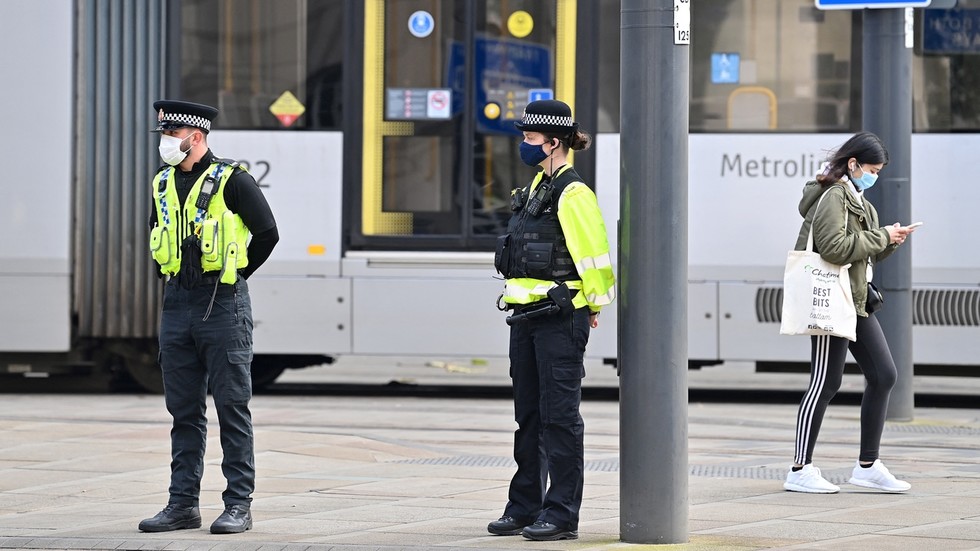 ‘I'd wait until I knew the law before making others stick to it’: Brits tear into report that police were confused by Covid laws

A report has claimed British police were often confused by coronavirus laws and struggled to enforce them, leaving people questioning why law enforcement were fining people based on guidelines they didn’t understand.

Her Majesty's Inspector of Constabulary and Fire and Rescue Services (HMICFRS) complained in the report that coronavirus restrictions were “often at short notice and subject to change,” leaving officers confused, and “many forces expressed frustration at the way that some government announcements were communicated,” as they “had not been consulted in advance.”

HMICFRS, which is responsible for England and Wales, also reported that many police forces would only receive news of law changes during the government’s televised briefings, leaving them with no preparation, and officers “felt disadvantaged by a lack of notice and consultation.”

"Sometimes what was announced was only guidance and wasn’t followed up with legislation and associated advice. This caused some operational difficulties and created confusion among officers and staff."

Officers were confused as to whether Brits going outside multiple times in a day for exercise was now a punishable crime, among other things, and this led to police making authoritarian “mistakes” like traffic stops and drone surveillance.

These excessive actions put the public’s “confidence in, and support for” the police “at risk,” HMICFRS declared.

Brits on social media, however, questioned why many police officers still actively enforced rules they did not understand – often taking harsh steps to crack down on perceived violations of the coronavirus guidelines.

“Were I a police officer, I would wait until I knew the law before trying to make others stick to it. Especially laws or regulations which suspend or extinguish fundamental freedoms,” commented one user, while another wrote, “If a police officer thinks it's ok stopping a pensioner sitting on a park bench, for example, they shouldn't be doing the job.”

“The problem is a complete lack of any moral and ethical compass,” the user added.

Conservative Forest of Dean MP Mark Harper, a chairman of the Covid Recovery Group, criticised the government’s handling of coronavirus restrictions, arguing that “Signing sweeping laws into force without Parliamentary debate & scrutiny was always bound to cause the police difficulties.”

UK police repeatedly found themselves in the news for their over-the-top and drastic handling of coronavirus guideline enforcement, which was described as “dystopian” and “draconian.”

Derbyshire Police alone made several headlines for its widely condemned handling of the pandemic, which included releasing drone footage of Brits on a walk in an effort to shame them, colouring a picturesque blue lagoon with black dye to put people off from visiting, and fining two women £200 for taking a walk with takeaway cups of tea – claiming that the drinks turned the walk into an unlawful “picnic.”

Other police departments broke up Good Friday church services, threatened Brits with fines for throwing snowballs, and stopped an elderly woman from feeding pigeons, with tensions between civilians and the police heightening after officers violently broke up a London vigil mourning the killing of Sarah Everard.