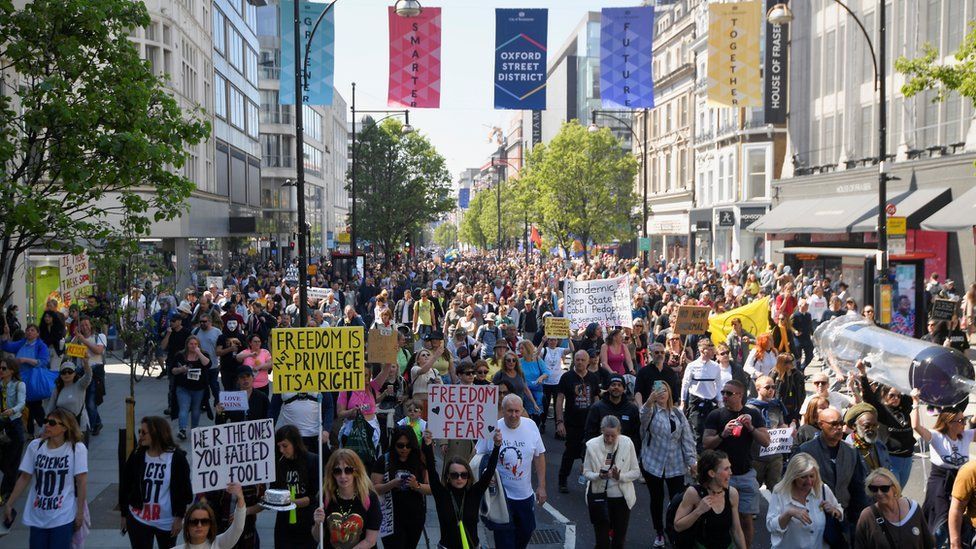 An anti-lockdown protest in which eight police officers were injured will be raised with senior bosses with "utmost urgency", a policing leader has said.

Demonstrators hurled bottles at police as they attempted to disperse crowds in Hyde Park on Saturday evening.

Photos on social media showed a female officer bleeding from a cut to her head while another suffered a similar wound.

The Metropolitan Police said two officers were taken to hospital but their injuries are not believed to be serious.

Police said five people were arrested for offences including assault on officers and public order offences. 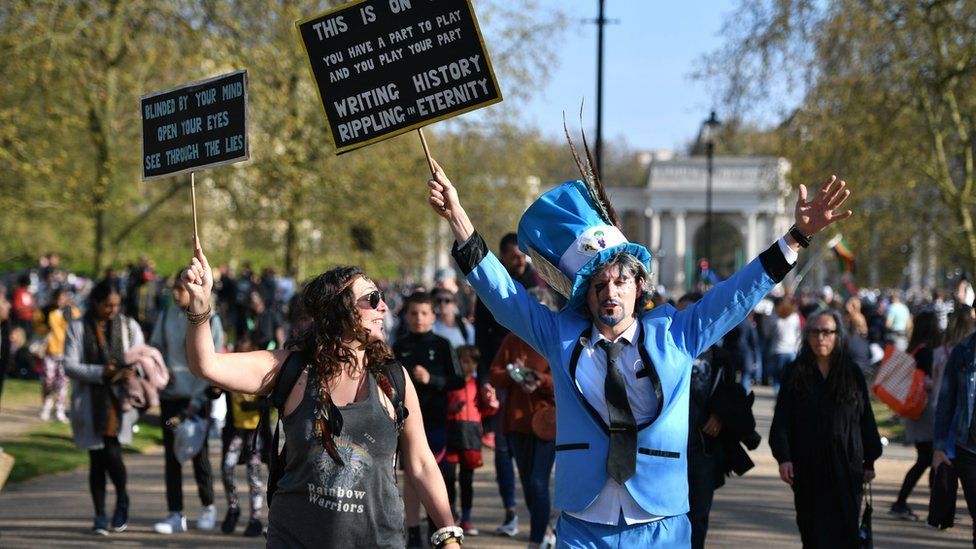 Ken Marsh, chairman of the Met Police Federation, said: "Peaceful protest may well be the cornerstone of democracy - and police officers have a role in facilitating that - but the scenes we saw in Hyde Park yesterday of brave and sadly bloodied police officers coming under attack from thugs were anything but peaceful.

"Police officers are human beings who go out every day to keep people safe.

"Many people seem to have forgotten that right now but we will keep reminding them."

On Sunday morning the home secretary tweeted: "Our brave police are the best of us and should not be the target of senseless violence by a criminal minority for just doing their job.

"I am getting tough on these thugs and will be doubling the sentence for assault of an emergency worker. I wish the officers a speedy recovery." 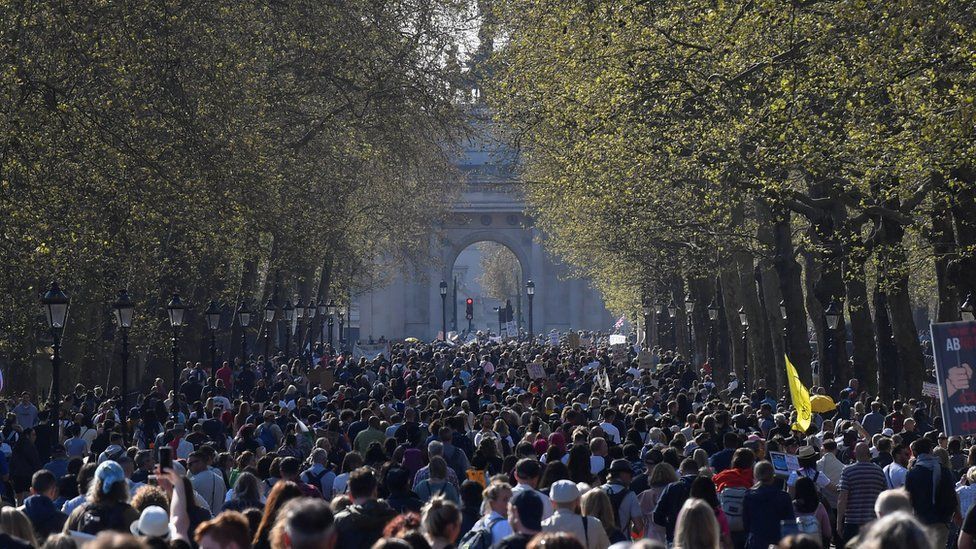 Professor Stephen Reicher, from the University of St Andrews, said anti-lockdown protesters who touch, shout and shun masks are "at the very least a potential risk" to the spread of coronavirus, adding there is some evidence of mass events having an impact.

Mr Reicher, who is a member of the Scientific Pandemic Insights Group on Behaviours (Spi-B), which advises ministers, said: "Moreover, the mass election rallies in India and the permission to bring huge religious festivals forward from 2022 to 2021 (the Kumbh Mela at Haridwar) is one explanation for the huge rise of cases in India.

"Much depends on how people behave in these events. If they maintain distance and wear masks, there is little danger.

"If they explicitly ignore restrictions, if they reject masks, stand close together, touch, shout and sing, then - going back to first principles - there is likely to be a risk."