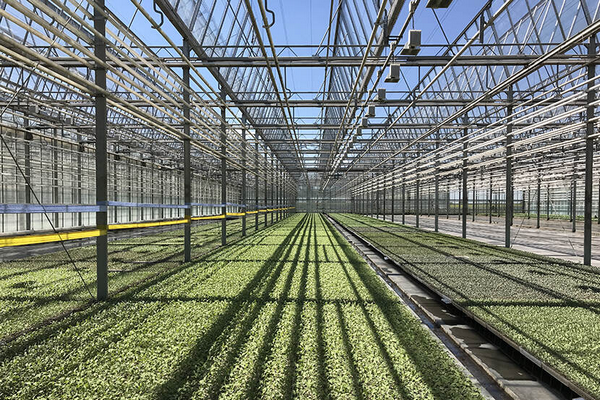 Covered production in Hungary still has a lot of untapped potential. And in the face of climate change, the country has an ace up its sleeve: Geothermal energy.

If you leave Budapest behind, you arrive at endless green and golden fields ripe with crops, framed by blue strips, rivers, streams and canals which all eventually find their way to the River Danube. When one talks about Hungarian agriculture, this is the first image that comes to mind – Along with wine cellars in the sides of hills, strings of paprika hanging from porches, and Hungarian Gray cattle grazing in grass plains. But Hungary has a horticulture sector as well, one which contributes significantly to the country’s agricultural output.

The horticultural sector in Hungary and covered production

Hungary’s total agricultural area is 5.3 million hectares. Vegetable production and fruit growing makes up for 91.9 thousand and 93.4 thousand hectares, 1.4% and 1.7% of the agricultural area, respectively. However, these are high-value sectors, together contributing 10.7% of Hungary’s agro value output. In the vegetable sector, sweet peppers take up 15.5% of the total production, 14.1% is tomatoes. In the case of fruits, 40.8% is apples. 60% of the area used in fruit and vegetable growing is dedicated to sweet corn, green peas, sour cherry and apples.

There is potential to grow. While the greenhouse production size did not increase in the second half of the decade, yields in tech-heavy heated greenhouses increased considerably with incomes exceeding costs by 49-84%. 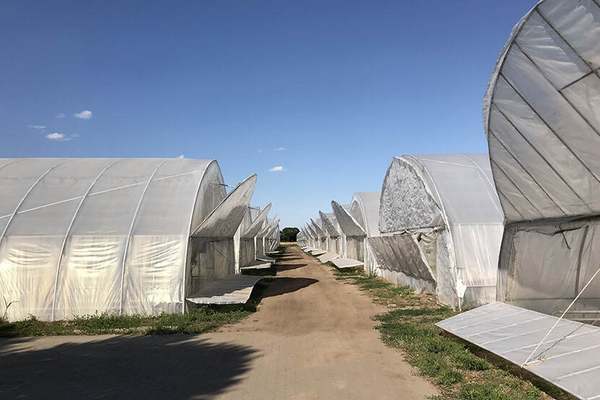 Covered production in Hungary shows promise – The country is a net exporter of fruits and vegetables and there is ample room for development. However, there are structural weaknesses, which make it harder for the sector to grow. First, vertical integration is low, which makes covered production more vulnerable to market disruptions. Second, there are shortages in post-harvest processing infrastructure and logistics. Third, the level of knowledge capital is low – Farm managers often lack agro education and general shortage of skilled workforce

The COVID-19 crisis only had short-term effects on the sector. Wholesale markets were directly hit by the demand shock from the tourism & HORECA sectors. Greenhouse vegetable sales decreased due to changing consumer habits, preferences on storable food stuff. And labor mobility restrictions worsened the problem of low labor supply, seasonal foreign workers could not enter until May 2020.

Producers can apply for voluntary coupled support for fruit and vegetable growing. The average per ha payments vary between €178.5 and €369. On a policy planning level, the 2014-2020 rural development program focused on higher added value sectors, which favors horticultural sectors.

Out of the fruit and vegetable policy measures in the past programing period, one targeted greenhouses specifically: The 'Building of glasshouses and polytunnel structures and enhanced energy efficiency with the possibility to use geothermic energy' subsidy scheme operated with a budget of €75.2 million, out of which €69 million was already dispersed to domestic growers by the end of 2019. Other measures were put into place which target added value increase and directly or indirectly help covered production: schemes for the purchase of horticulture machinery, agro-environmental subsidies, aid for young farmers, development of small farms and climate change adaptation aid.

Risk management is incorporated into agro subsidies in the form of a four-pillar system with subsidies for damage compensation, insurance subsidies, hail damage mitigation, and in 2021, a new voluntary central insurance plan will be incorporated. 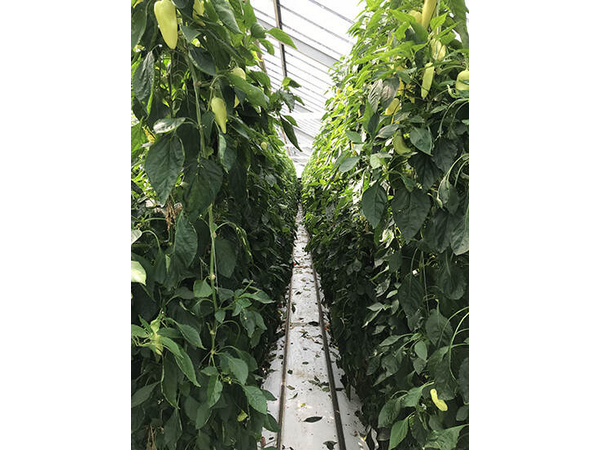 (Sweet) white peppers, one of the most prominent Hungarian vegetables

According to the fruit and vegetable policy vision, two possible sustainable energy sources considered for development are biomass and biogas. Hungary’s biomass supply is around 350-360 million tons, out of which, 105-110 million tons of plant biomass is annually replenished, however, only a fraction of this is utilized. However, there is one energy source which is not only viable but also widely available and already in use, with the possibility to expand with little difficulty.

Hungary is famous for its hot springs and widespread abundance of thermal water. Since the 1960’s, greenhouse heating with thermal water has been utilized in the country. The 2013 vegetable and fruit branch policy vision for the 2014-2020 agro subsidy period planned for a thousand ha expansion in greenhouse land area, one-third of which would be specifically heated with geothermal water, however, the share of this is heating source is still low.

While the cost of maintenance and fuel (water) is very low compared to the alternatives (Boilers fueled with firewood, lignite, gas and oil), the installation of the hot spring well, piping, storage and reintegration are much more capital-heavy and in the case of saline hot water, it has environmental implications.

Still, because of the ease of access to thermal water in Hungary, with proper infrastructure development, geothermal energy is a sustainable alternative. Out of 1429 registered geothermal springs, in 2018, more than 200 were used for greenhouse heating.

It is financially viable too: Greenhouse installation in Hungary costs around €1.12 million, with a payback time of 9-10 years, but with access to heating from a hot spring, this time can be reduced by 2 years, and with a governmental 50% grant subsidy scheme, it can be as low as 4 years.

Investing in geothermal heating is in line with the UN Sustainable Development Goals and could potentially increase greenhouse production volumes by hundreds of thousands of tons of produce.