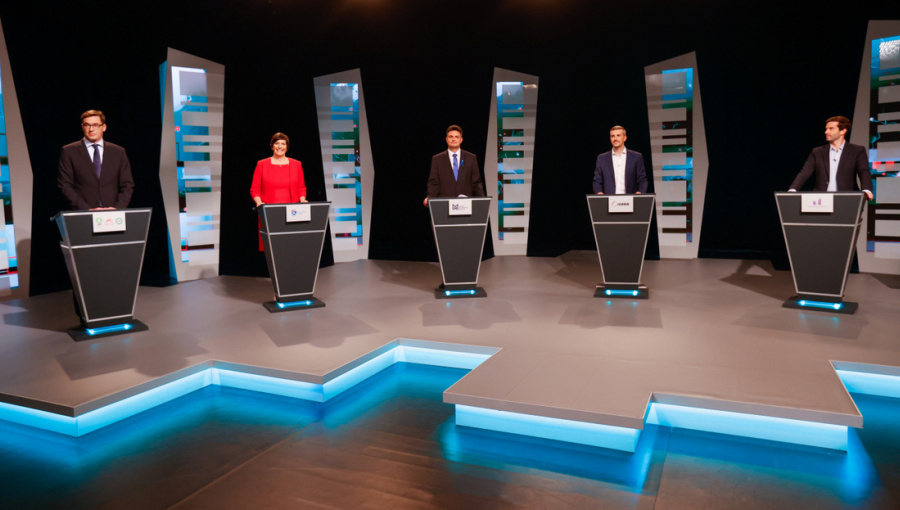 Klara Dobrev, the candidate for prime minister of Hungary’s largest opposition party Democratic Coalition (DK), won the second televised debate among opposition leaders fighting to win the race to face off against Prime Minister Viktor Orban in the April 2022 elections.

The second debate came as opposition parties are holding the country’s first-ever primary to select candidates for 106 constituencies and also pick their leader to challenge Hungary’s strongman, who has been in power since 2010 for the spring election. The primaries got off to a shaky start as a cyberattack crippled the IT system last weekend. Since then more than 400,000 have cast their votes online and offline. There will be a second round of voting next month if no single prime minister candidate wins the majority in the first round, which ends on Tuesday.

As expected after a tepid and friendly contest in the first debate, Friday’s debate was more heated and brought out the differences between candidates, but there was no shortage of campaign promises either.

Head of the liberal Momentum party, Andras Fekete-Gyor, trailing in the race, challenged Dobrev saying that the opposition can not beat Fidesz with her leadership. Dobrev is the wife of former prime minister Ferenc Gyurcsany, who remains one of the most unpopular politicians, despite leading the country’s biggest opposition party.

The violence against anti-government protestors in 2006 during his term cast a shadow on Dobrev’s political life, observers say, in addition to the mismanagement of the economy that forced Hungary to ask for an IMF bailout. Gyurcsany’s presence in political life remains a call for unity for Fidesz supporters, and it is exploited by government propaganda.

Fidesz has begun a petition called Stop Karacsony, Stop Gyurcsany to rally its voters against the return to power of the former prime minister. On the 15th anniversary, a movie telling the story of the 2006 events will be aired in local cinemas with the title "We f*cked up", referring to extracts of a leaked speech in a closed caucus meeting of the ruling party in the autumn of 2006 that led to riots.

Dobrev responded that she trusts the wisdom of voters and it is up to them to select candidates. “I travel a lot and meet with a lot of people, and people do not care what has divided us.”

Another contested issue that divided leaders was the question of how to dismantle the constitutional barriers requiring two-thirds majority, if they win the election by a simple majority. Fidesz has cemented its powers by appointing leaders at the helm of the prosecutor’s office or the media authority for nine years. Turning back casino concessions to cronies of the government or regulation that semi-privatised of Hungarian universities to foundations led by government appointees will require a supermajority.

Dobrev has argued earlier that the political system that Orban has built in the last 11 years is altogether illegal because “the moment a group, a party, such as Fidesz, seeks to exclusively hold power, it is unconstitutional, regardless of the form in which the legislation is enacted”.

Constitutional scholars working with opposition parties claim the new government must “declare the unconstitutionality of the Fundamental Law and the legal provisions that blatantly guarantee authoritarianism.”

Karacsony replied that the new government should not resort to unlawful measures.

The parties agreed to abolish the controversial anti-gay regulation. The Momentum leader said it supports gay marriage and the adoption of same-sex couples. Jobbik leader Peter Jakab and Peter Marky-Zay opposed the idea.