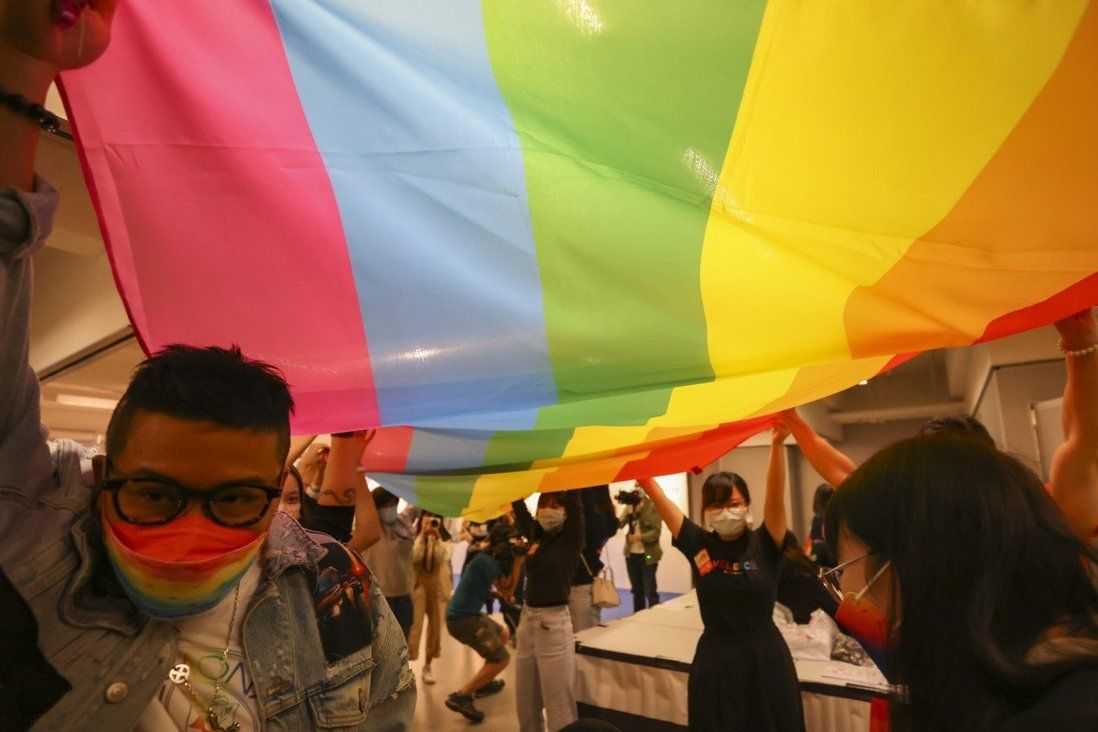 Hundreds of people turned out for an annual Hong Kong pride event on Saturday that was held at an indoor market rather than as a march as in previous years because of Covid-19 restrictions on gatherings.

Attended by members of the city’s LGBT community and beyond, the celebration themed “Stay in Love”, a message aimed at letting people “feel the support in the real world”, was held in an indoor bazaar in Kwun Tong.

A queue formed on the ground floor of the building as attendees were required to have their temperature taken and fill out a contact form before entering.

An area to take photos was set up and about 60 booths run by LGBT inclusive businesses were selling handcrafted products, accessories, LGBT friendly medical services and wedding planning assistance.

“Although we could not take to the street this year, we are satisfied with the atmosphere. I think the format of the market can bring everyone closer and there is more cooperation. I believe every one of us is happy with meeting each other today,” representative Cuby Lee of the Hong Kong Pride Parade Committee said. 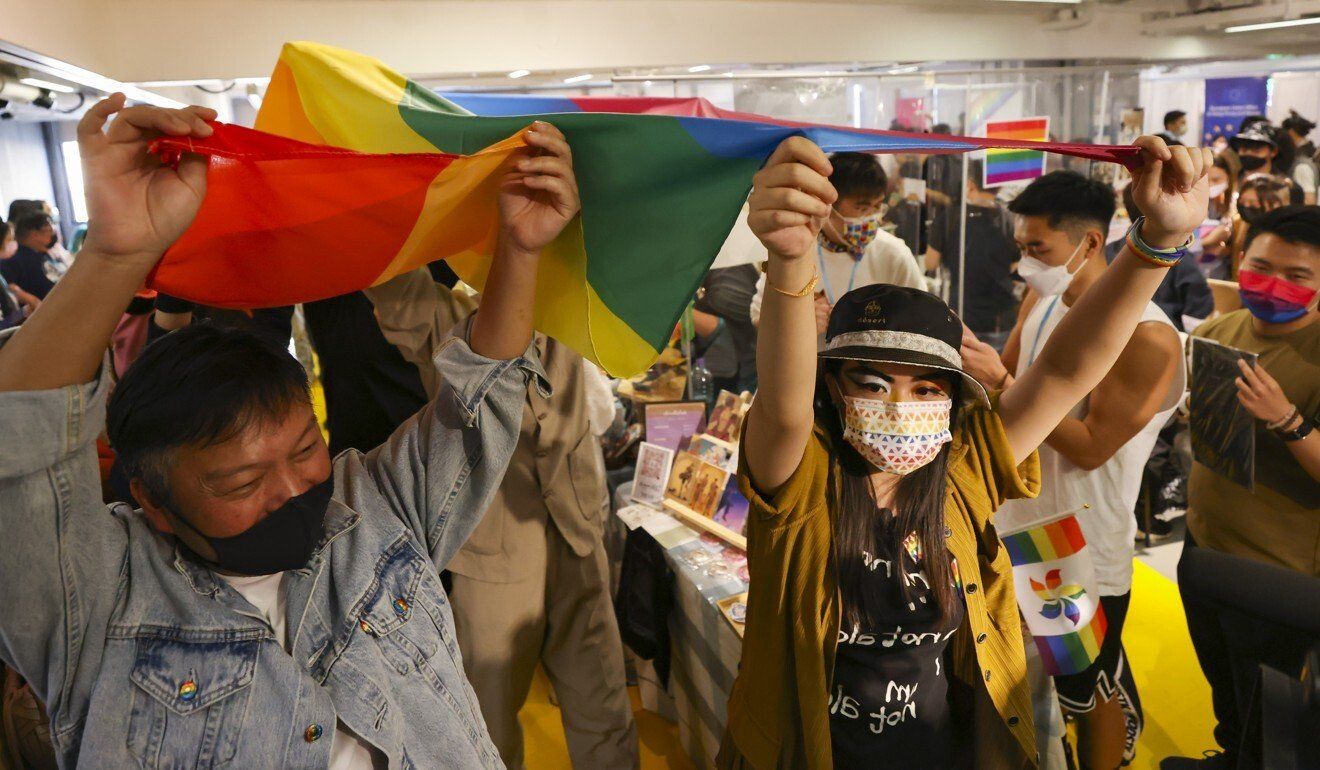 Committee spokeswoman Cynthia Cheung Man-yi said the organiser did not apply to police to hold the traditional demonstration this year because of coronavirus concerns. Lee added that this year’s format suggested there were alternative ways to hold the annual march, albeit in different ways.

Gay rights have been in the spotlight in recent months after the Gay Games which was slated to take place in Hong Kong was forced to postpone the event to 2023 due to the pandemic.

The annual sports event was criticised by some pro-establishment politicians, including Junius Ho Kwan-yiu who called it “disgraceful” and said any related revenue would be “dirty money”.

When asked about those remarks, Lee said it is meaningless to comment and the LGBT community only hoped to inspire society to be more diverse and inclusive.

Joyce Yeung, a 40 year-old accountant who had not attended the annual parade before, had set up a booth to sell her knitted pet products. She specially designed rainbow-themed ties and collars for the event.

“Although I am not part of the LGBT community, I hope that I can share my products and meet some new friends here because we should be inclusive,” she said, adding that she was looking forward to next year’s event.

Alvin Cheung, 37, had queued up for two to three hours to enter the market. “It’s worth it,” he said. “I can regain a sense of belonging. The atmosphere is great, even though space is limited here.”

The social worker who had attended the annual march three times hoped the event could be held on the streets again next year to get the message of inclusiveness out to as wide an audience as possible.

The police banned organisers’ application for a march for the first time in 2019 amid the anti-government protest movement. A static rally in Central attracted 6,500 participants.

The parade was also cancelled last year by police due to Covid-19 restriction, and organisers took the event online.